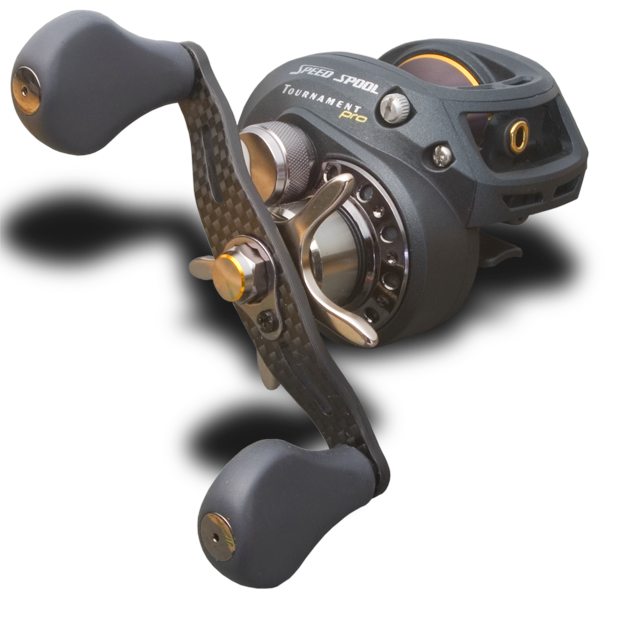 Lew’s is a legendary brand in the baitcasting reel market. In fact they are credited with starting the low-profile option on baitcasters as well as disengaging levelwinds, v-spools, and many more facets of reel building used by nearly every manufacturer in the industry today. Many of us that have been fishing for more than 20 years fell in love with the Lew’s BB1N reel for cranking and other applications, and those reels are still very popular with anglers who have been able to maintain them through the years.

When Lew Childre died in 1977, his sons and wife continued making the reels for a period before selling the rights to Browning in 1989. Now the reel brand is in the hands of longtime family friend Lynn Reeves, and he’s seeking to get back to the company’s roots and improve on the existing reel market like Lew Childre did when he started making reels in the early 1970s.

We’ve been testing the new line of Lew’s Speed Spool reels for a few months. Unfortunately old man winter has had a death grip on US and doesn’t seem to want to let go. That makes doing a lot of testing difficult. But we don’t like to do product reviews with just an hour of fishing with a product. We like to go on multiple trips, test multiple size lines, various techniques, different rod actions, different baits, etc. So we can have a well-rounded opinion of what a product does well or doesn’t do well.

So we’ve been able to take a few of the new Lew’s reels out and put them through the paces on a few trips now — crankbaits, plastics, jigs, spinnerbaits, jerkbaits, 10-pound line, 20-pound line, fluorocarbon, monofilament and more to get a real feel for the reels and more importantly, figure out if there are any “gotchas” that will disappoint buyers of this reel.

The first reel we reviewed from their line-up is the Tournament Pro Speed Spool TP1H. It’s a right handed reel with a one-piece aluminum frame. It features 10 bearings plus a roller bearing. The spool is Duralumin and the handle is carbon fiber which reduces its total weight to 6.7 ounces, the lightest in their lineup. The handle is swept and the frame is the lowest profile we’ve seen on the market. Making it a very palmable reel. We coupled the reel with a medium heavy Lew’s Speed Stick rod and a Denali Rosewood Michael Murphy Jerkbait rod for our tests.

The first and probably the most important part of a baitcaster is fluidity. How fluid is the casting of the reel? How fluid is the retrieve? In our experience, the more precise and fluid a reel is, the longer it will last because gaps and space, otherwise known as “play” in a reel will cause moving parts to wear quicker than those without space in them.

From our very first cast, we’ve been wowed by the TP1H reel. The first time I cast the reel, I forgot to adjust the breaks or tension knob or anything. I was so enamored with just testing the reels, I forgot to get it ready to fish. I launched a jerkbait out there and was surprised how far it could cast. I usually keep my reels pretty loose and use my thumb to control the line, but I do usually have some adjustments made to fit the way I fish. The fact that I didn’t blow-up my reel in a knotted mess was very appealing.

The reel is light, smooth and extremely adjustable. There are two different braking systems, both centrifugal and magnetic. The spool tension is extremely sensitive. The 14-pound carbon composite drag is ultra smooth from start to finish kept fish buttoned up on aggressive runs near the boat.

Durability is a factor in every reel you buy. I’ve preached for years that a reel is an investment in your fishing. I have reels that still work flawlessly that are more than 10 years old. It’s a matter of taking care of something you spend a lot of money on. I feel with how tight these reels are, how smooth everything is in the reel and how light they are, they will last many years.

These reels won’t fit every budget, but if you can afford more, go with more. Their TS1S reels are probably the best value reel on the market now, but I can cast the TP1H a little further; it’s a bit more adjustable; it’s lighter by quite a bit; it has one more bearing making it a touch smoother, and it has a beefier drag, a better handle and a better spool.

Since we started testing the Lew’s reels, I’ve bought four of their Speed Spool Baitcasters. I now own the SS1S, SS1H, SS1HL for flipping, TP1H and TS1S reels from Lew’s. I’m convinced these reels will be players for a long time to come. Several pros have been switching to these reels. Pros like Menendez and Scroggins have just raved over how happy they are to be back with the Lew’s brand and getting the same great quality they were getting 25 years ago.

To read more about the history of the company and compare the four different models in their lineup, visit Lews.com. To purchase their reels checkout the great prices at Tacklewarehouse.com. And stay tuned for more Wired2Fish reviews with the other reels in the line-up. 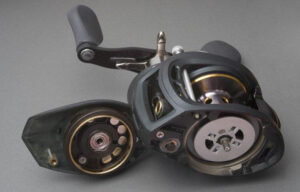 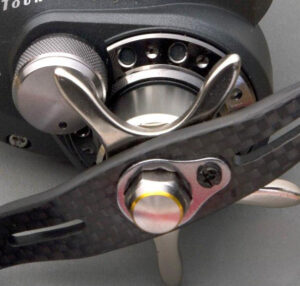