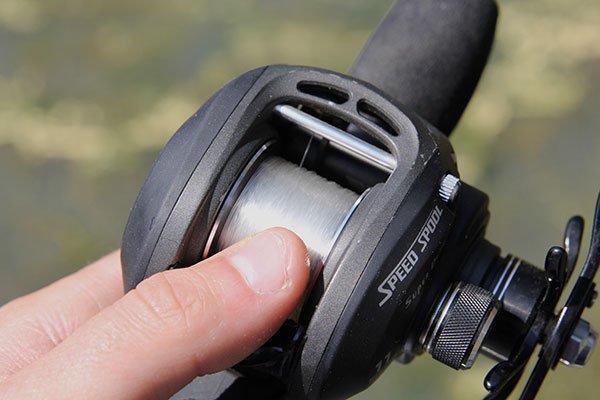 Reasonably priced, effective fluorocarbon fishing line is hard to come by. When you get some that’s strong enough, it coils up like a slinky on your reel. When you find a brand that casts well, it seems like you’re breaking off on every other hookset. I’ve been using Seaguar InvizX throughout the early spring and it has impressed me beyond belief. After a lot of fish catches and thousands of casts, there are 4 reasons why I will be using this line for a long time to come.

Seaguar InvizX feels and handles like monofilament, whether you’re using it on spinning or casting gear. Nobody wants to use fluoro that coils up and causes backlash after backlashâ€”it’s the quickest way to ruin an otherwise awesome day on the water

I’ve used this on several different makes and models of both casting and spinning reels and its softness has contributed to flawless line management. It has allowed me to focus on fishing and not my line looping around the reel handle, treble hooks or earlobes (it’s a long story, don’t ask). 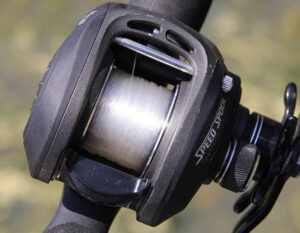 Seaguar InvizX sits tightly on the spool, allowing for awesome castability and minimal backlashes. I’ve used fluoro in the past that feels like horse hair against my thumb as it clumsily makes its way off the spool, but I’m telling youâ€”this line is legit.

I fished a tournament in 20 mile per hour winds last weekend and didn’t get the first backlash. Whether I was casting into the wind or bombing casts with the wind, backlashes were a complete non-factor. To my surprise, I’ve actually had to decrease the tension on my casting gear to accommodate the increased castability of InvizX. Anytime a fluorocarbon line gives you an additional 10 yards on your casts, it’s pretty impressive. 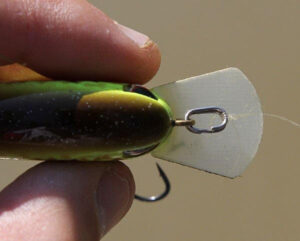 I’ve been fishing around a lot of rocks lately while targeting prespawners and the abrasion resistance of this line has been very impressive. For my crankbait fishing, I’ve been using 12-pound InvizX while banging my crankbait into the rocks to solicit reaction strikes.

Usually, I retie about every 20 casts when I’m using this technique, but I’ve found myself only retying every 50 to 75 casts. It’s held up very well while giving me the confidence to cast into the nastiest crud I can find.

I haven’t been missing any fish with Seaguar InvizX. It has much less stretch than many other fluorocarbons, allowing me to feel every movement that by bait is making whether I’m cranking, flipping or throwing a jerkbait. These late winter and early spring bass don’t always annihilate your bait, so the added sensitivity has been extremely helpful in getting more fish in the boat.

As the name implies, InvizX is nearly impossible to see in the water. I haven’t been getting many jig bites on my home lake recently, but I spooled one of my Lew’s reels with some 17-pound InvizX and have started getting more bites. I’m not saying that I’ve got fish jumping in the boat with me, but I do believe that its low visibility works wonders in clear water situations.

Whether you re-spool your reels every couple of weeks or every month or two, the beginning of spring is a great time to get some fresh line on your reels. I believe that you will be very impressed by Seaguar InvizX for your crankbait, jerkbait and flipping needs. Starting at $17.99, it’s attractively priced and will make your life on the water a lot easier.

Seaguar InvizX is available at Tacklewarehouse.com and select retailers nationwide.