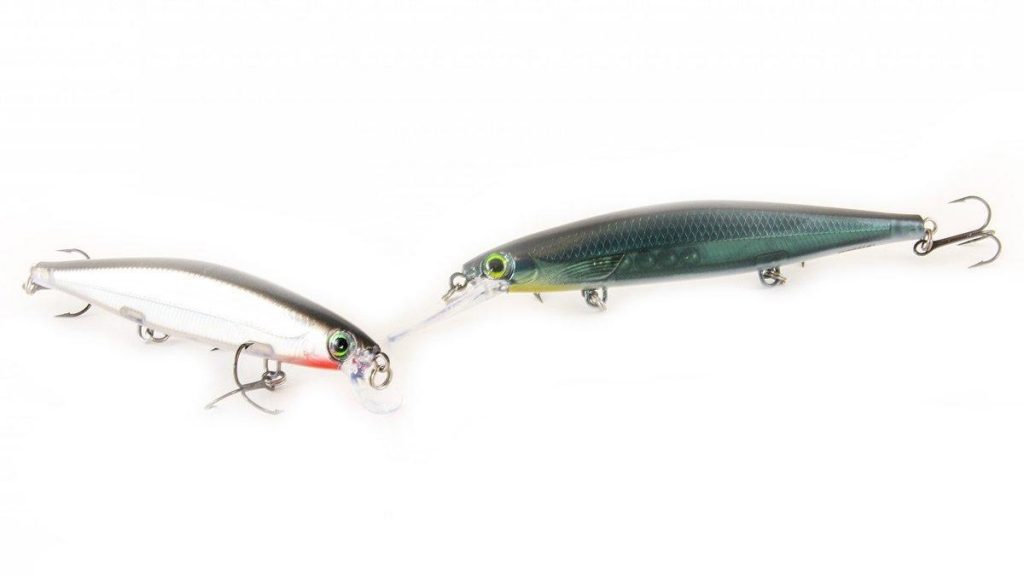 The fishing tackle market gets flooded with various iterations of each style of lures. Look at your favorite tackle shop and you’ll find 20 different models of crankbaits from various vendors. Same goes for jerkbaits. Some anglers find it hard to know which one to buy and what’s different in each. Fact is: not all jerkbaits produce all the time, and you need a small variety to meet all your needs. We would suggest you check out the Rapala Shadow Rap after we had a chance to fish with it this winter and early spring. It’s another proven winner that needs to be a part of your jerkbait selection.

CLICK HERE TO SEE THE SHADOW RAP IN ACTION

There are several things that stand out about these new jerkbaits from Rapala, however a few of the key items include the following:

I first got my hands on some Rapala Shadow Raps in November of 2014. I was immediately impressed with new jerkbaits. It was obvious in the first few minutes that a lot of thought went into creating a new action on a jerkbait.

With jerkbaits, two types of movement comprise most of their action: lateral and linear. Lateral is how much the bait moves side to side without moving forward. And Linear is how much the bait moves forward. Obviously we’re concerned with what a jerkbait does when we jerk it. I like a jerkbait to move a lot without moving closer to the boat. I want a bait to dance and dart a lot in a single cast.

The Rapala Shadow Rap has a unique weight system consisting of 5 tungsten balls in an enclosed chamber where they can move only but a little. So it gives the bait a subdued rattle, but it also gives it a great orientation in the water. That orientation combined with the lip design and angle causes the bait to dart and turn and rotate so that it darts at angles as well as from side to side.

But the beauty of this bait comes from its ability to reorientate itself on the pause. So not only does the bait look awesome as it darts, even turning 180 degrees at times, but it actually moves and reorientates as it sits in one place on a pause. So many of the bites came while that bait was paused and slowly repositioning on its own.

I love that the bait can turn nearly all the way around yet never catches the line or “puts its foot in its mouth” as I like to call it on a jerkbait where that front hook grabs the line on an erratic jerk.

Rapala has created some mainstays in fishing with their jerkbaits and minnow bait patterns, but it was refreshing to see the newly designed colors and builds for this new line of Shadow Rap jerkbaits. There are truly a whole pallet of great colors to choose from in this new line. They offer accents, translucent designs mixed with natural patterns and good scale and etching design on the bait. The eyes are vivid and pronounced. Some of the colors really stand out as my favorites including Bud, Mossback Shiner, Ghost Shiner, Silver and Blueback Herring.

Rapala created a Shadow Rap and also a Shadow Rap Deep. The Deep will get down to 6 feet while being worked but both baits were designed to mimic a real dying shad. If you’ve watched a dying shad while it’s struggling to move in cold water, it will come up closer to the surface, but as it quits kicking, it slowly fades out of site. Both the Shadow Rap and Shadow Rap Deep offer an awesome kick with a slow subtle fade. So you’re able to work the jerkbaits much deeper if you want or keep them moving and stay shallow.

The weighted system also allows the bait to cast very well with minimal effort. I fished both baits on spinning and baitcasting tackle alike and enjoyed using the jerkbaits on both types of rod and reel combinations.

A jerkbait takes a lot of tuning, testing and design to get a good action, good color and good usability for the angler. Let’s face it. A bass is probably staring and studying a jerkbait more than most other lures you present to them. Much of the retrieve with a jerkbait is the bait sitting motionless on a pause. And many of your bites come while it’s sitting still. So it has to look good to a bass, move well and fish effectively to make it into a lot of anglers’ tackle boxes.

The Shadow Rap and Shadow Rap Deep both retail for $8.99. We think that’s a very reasonable price for a lure that will last a long time and catch a ton of bass in the process. Demand has been very high for these jerkbaits, but TackleWarehouse.com has them in stock as do many retailers around the country right now.

While most folks think of jerkbaits in the winter and prespawn, the Shadow Rap jerkbaits are continuing to produce for us during the spawn and post spawn phases as well. This could be a great bait all season long we think. Check them out at rapala.com or tacklewarehouse.com.