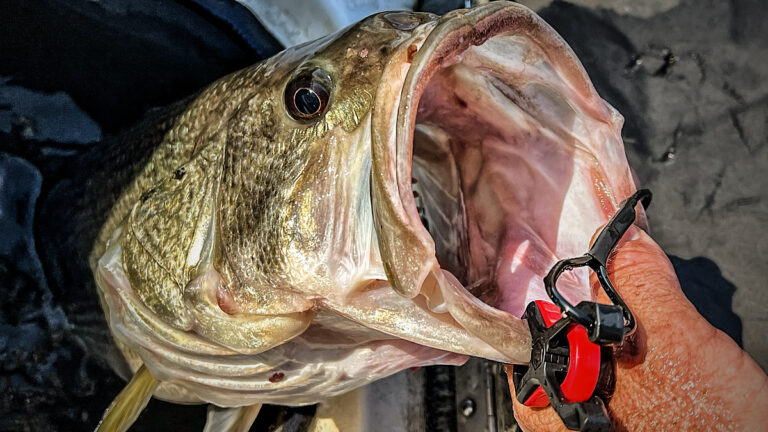 Fish care is a primary focus for many anglers these days, as it should be. With more anglers on the water now than ever, protecting the resource is a responsibility we should all take seriously. In recent years, there have been many steps taken by tournament anglers, organizations and companies alike to help further the cause of fish care.

One such trend came by way of non-puncture culling systems. Cull clips, tags or balls are used by tournament anglers to help them with their catches in a variety of ways. They can be used to help wrangle fish in the livewell, to readily identify which fish is next to go for culling and give anglers a quick and easy way to see which fish is heaviest by hanging them on a cull beam or scale.

But for years, culling systems had heavy wire clips the angler would use to poke a hole in the fish’s mouth so the cull tag could be attached to the fish; this was just something anglers did without really thinking about it. It was common practice, admittedly for myself as well, though now it seems a bit barbaric. But that’s because of the difference non-puncture culling systems have made.

Today, we’re going to talk about one of the newest non-puncture culling systems out there: Rapala’s Lip Grip Cull Tags. 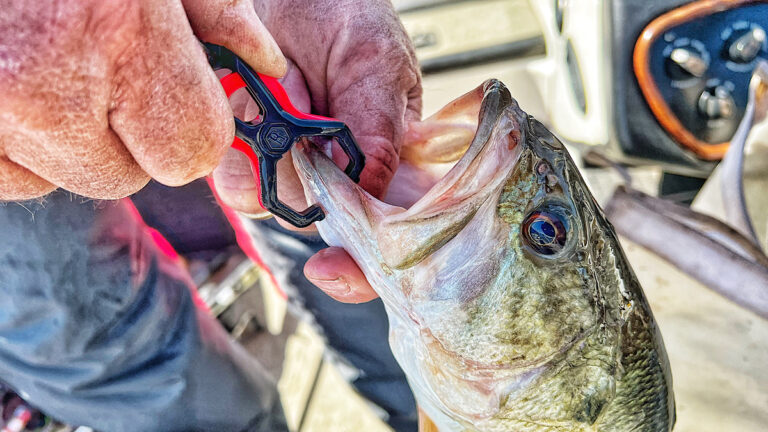 Looking right away at the business-end of a Lip Grip Cull Tag, we see Rapala’s approach to this mechanism. The idea is for the cull tag to pinch the fish’s mouth without poking a hole in the fish’s lip. Instead of using springs like some other systems, Rapala went with kind of a counteracting U-shaped red piece mounted inside the larger black clip.

So when you pinch on the two upper tips of the black clip, you’ll notice resistance from the red piece. The harder you pinch, the wider the clip opens. Put a fish’s lip inside, release the clip and the red piece applies pressure onto the fish’s lip. These clips are that simple to use. 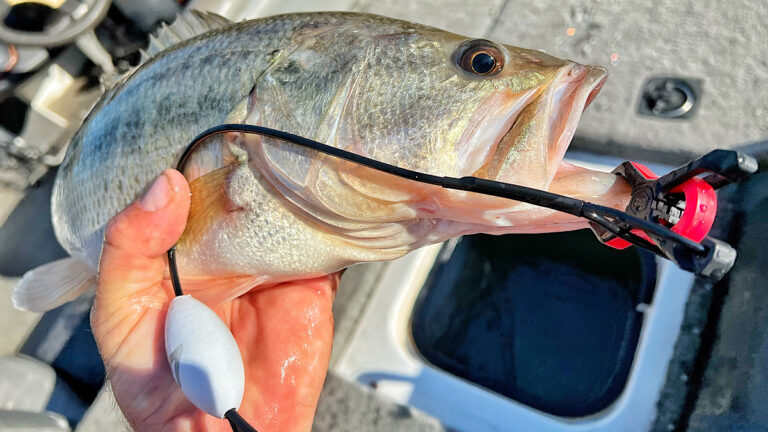 The cable used to connect the clip to the the float is really clean, which I like a lot. Some culling systems I’ve had in the past had exposed wire that would fray and rust, creating sharp edges and points that were dangerous for both the bass and the angler.

Rapala used a nice, slick coating over what I’m assuming is a high-tension, small-diameter cable. I have to assume it’s a cable because none of it is visible, though it’s a pretty safe assumption. Having the cable completely covered, there’s no need to worry about rust, corrosion or sharp edges. 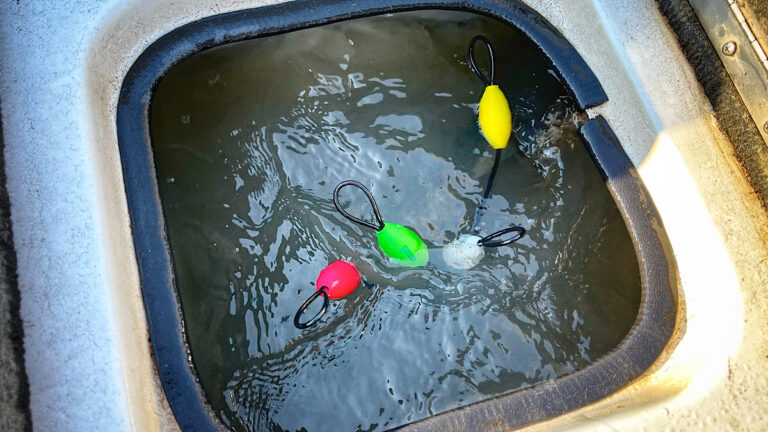 Rapala did a nice job with the floats on this set of cull tags as well. I like that they laser etched numbers onto the six floats to help anglers identify which fish is which without pulling them all out each time. And laser etching the numbers onto the floats ensures they won’t rub or wear off like some that are painted on do.

Using EVA foam, Rapala created a nice-sized float that stays at or near the surface without causing a lot of issues. Some cull systems have really big floats, four or five times as big as these. Those larger floats can be cumbersome, get tangled easily and cause unnecessary stress on a fish in the livewell.

These smaller floats don’t tangle nearly as much and they stay near the surface where you can easily grab them. But if a fish wants to lay on the bottom of a particularly deep livewell like the one in my Triton, they can do so, since they don’t have a giant bobber hooked to their lip tugging them up to the surface. But even then, the float is right near the surface and easy to grab.

I used these clips in a recent tournament and they did a fine job. Some anglers use scales and weigh each fish to know which one to cull. For those anglers, the numbers on the balls will come in handy, as many scales allow the angler to enter a weight associated with the number. So then you know which number cull ball to toss back.

I used a cull beam that I already had from a previously purchased culling system. So I simply hung one cull tag from one end and one from the other. I used the colors instead of the numbers to know which was next to go. For instance, I told my dad “Green goes next” after making one cull. But then when the next fish came into the boat and bumped the green one out, I hung the next couple on the cull beam quickly and determined the white one would go next. That’s how I prefer to do it but with this system you can do either.

I didn’t have any of the cull tags come off of fish in the livewell, which is a good sign of their grip. When wrangling a fish to put on the cull beam or scale, it’s a good idea with any cull tag to pull the fish to the surface with the tag and then lip or grab the fish instead of dragging it all the way out of the well by the tag. This is better on the fish and eliminates the risk of one tearing loose during the culling process. That’s how I used these cull tags and they worked really well. 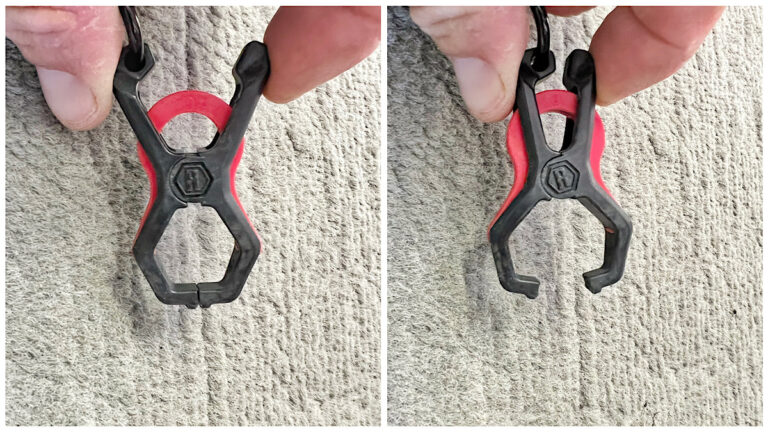 For $32.99, the Rapala Lip Grip Cull Tags are a bit of an investment. But with the sleek and non-corrosive design, this may be the last set of cull tags you ever have to buy. They’ll for sure last a long, long time. I would like to see Rapala offer a set of these with a cull beam but for anglers like me who already have a cull beam, there’s no need for the added expense of having to buy one along with a set of tags.

The Rapala Lip Grip Cull Tags are available at the following online retailers: