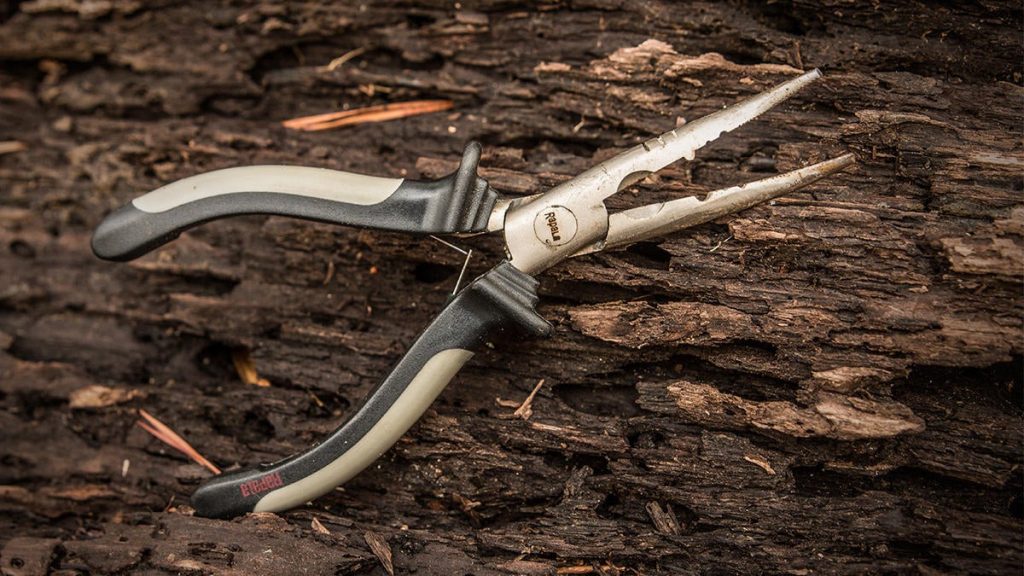 Pliers aren’t the sexiest fishing product in the world to review. I totally get it. But I’m not doing this review to bore you or anyone else. I wanted to show you the most-used piece of fishing equipment I own. The Rapala 6 1/2-inch Curved Fisherman’s Pliers go with me everywhere I go. Whether I’m fishing a tournament, guiding a fishing trip or hitting the pond before supper, these things do not leave my side. It has been that way for more than five years. I have two or three in my boat, one in my truck and one in the glove compartment of my side-by-side UTV.

I want to make it clear that I have tried countless pliers and truth be told, a lot of them are total junk. So before you head to the hardware store and get some cheap pair of pliers that will rust shut in a few weeks or months, hear me out on these. I won’t take much of your time.

It’s all about the curve 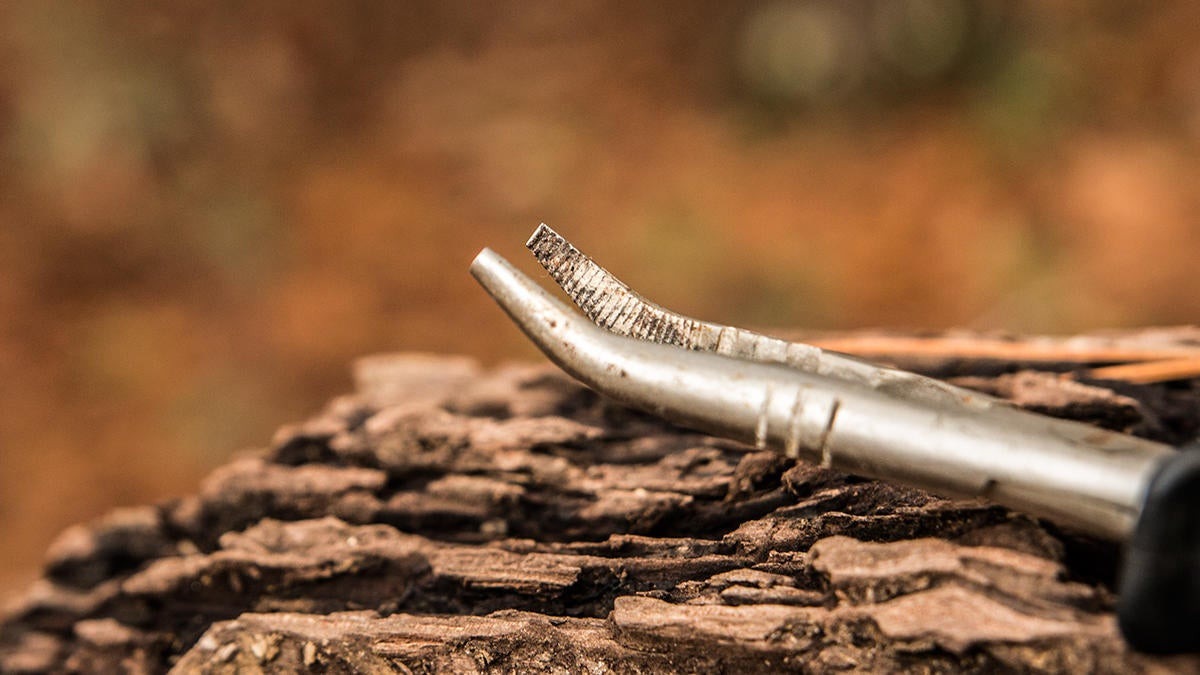 When I first discovered these pliers, I was bored one evening browsing Rapala’s website. I ran across their fishing tool section and saw the 6 1/2-inch Curved Fisherman’s Pliers. I ordered a pair and the rest is history. They are so helpful and practical.

The unique curved tip makes ’em great for a wide array of fishing and non-fishing related tasks. Unhooking fish, tuning lures, straightening treble hooks, working on boats… just about anything. You can look in the background of just about any fish photo I have and see these pliers somewhere in the background. 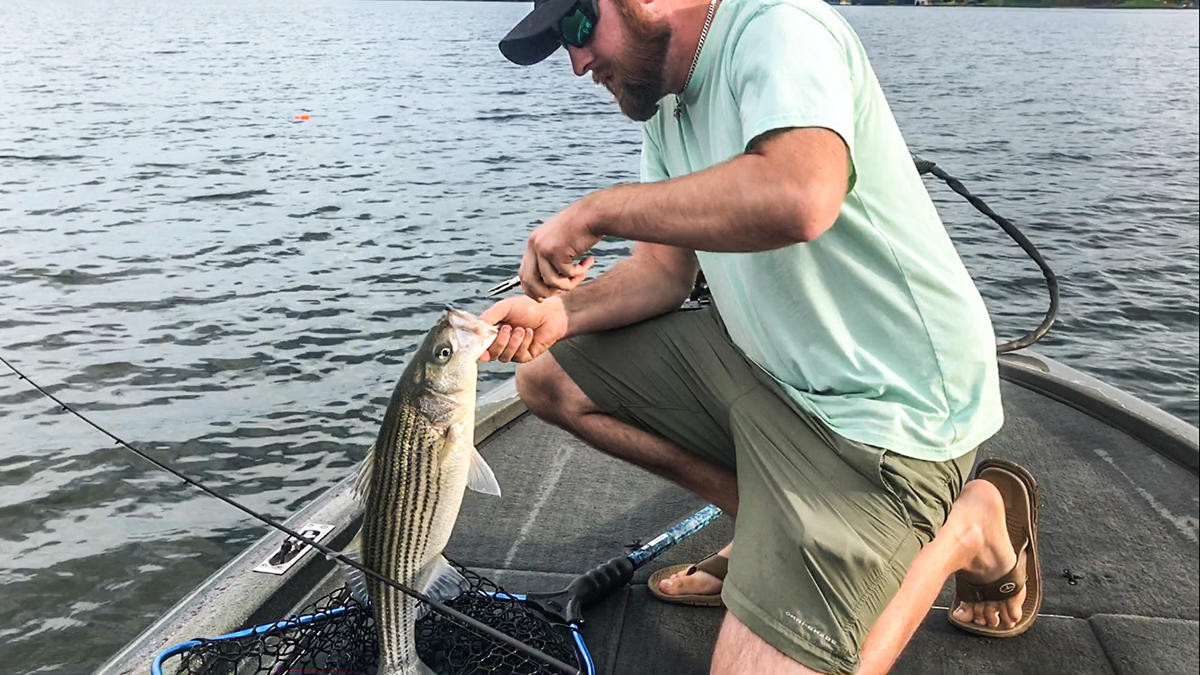 The curved end of these nickel-plated carbon steel Rapala pliers give you incredible leverage when you’re removing tough-to-reach hooks. Of course I use them while bass fishing, but I’ve found these pliers especially effective when unhooking fish with smaller mouths such as hybrids, stripers, crappie and bluegill.

I’ll simply grab the bend of the hook, twist and the hook is out. I very rarely have bleeding fish in my boat since I’ve started using these pliers. I guide for striped bass a good bit during summer weekends and things get hectic very quickly. I’ll have three clients hooked up and two stripes in the net at the same time. I don’t have time to mess around with unhooking fish. These particular pliers make me much more efficient as a fishing guide. I even keep a few spares in the boat in case my co-angler needs help with a deep-hooked fish. 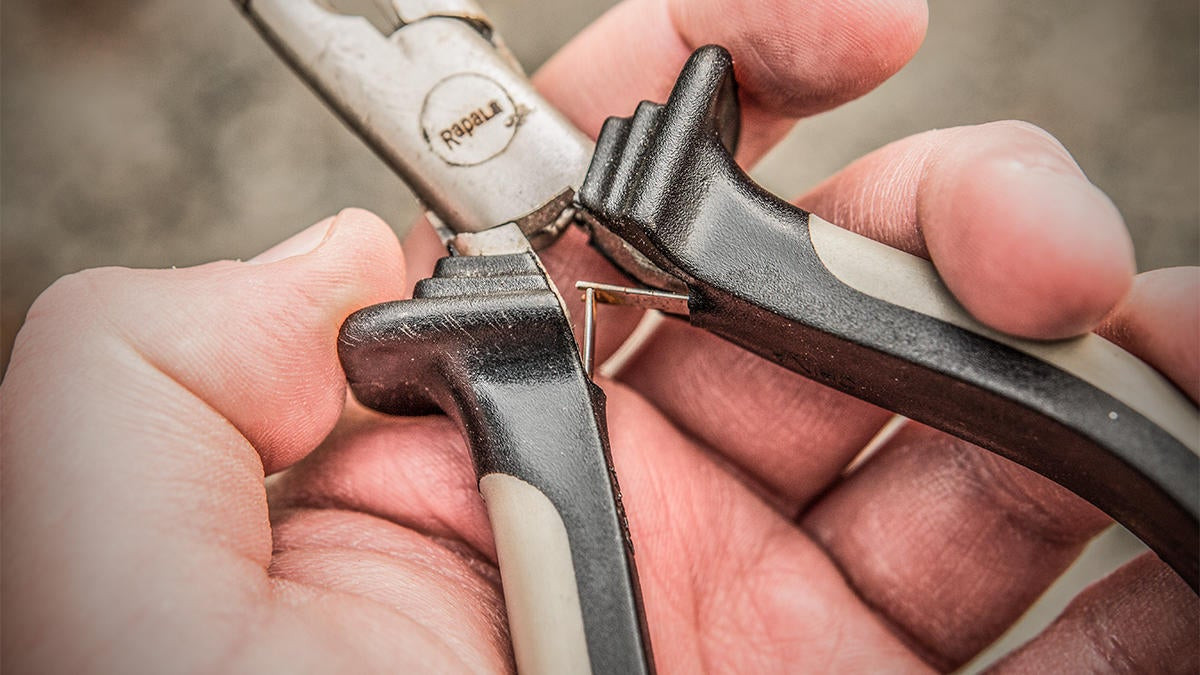 The pair of pliers in these photos has gone saltwater fishing with me numerous times and I have never had an issue with them not working or rusting shut. My dad paid like $40 for some fancy pair of pliers that were supposedly rust free and they were toast after just a few days at the beach.

I’ve left ’em in the bed of my truck in rainstorms numerous times, too. They have never seized up and I have never put any type of oil on them. They have a tiny bit of surface rust, but I’d put this $10 pair of pliers against just about any pair on the market when it comes to durability. 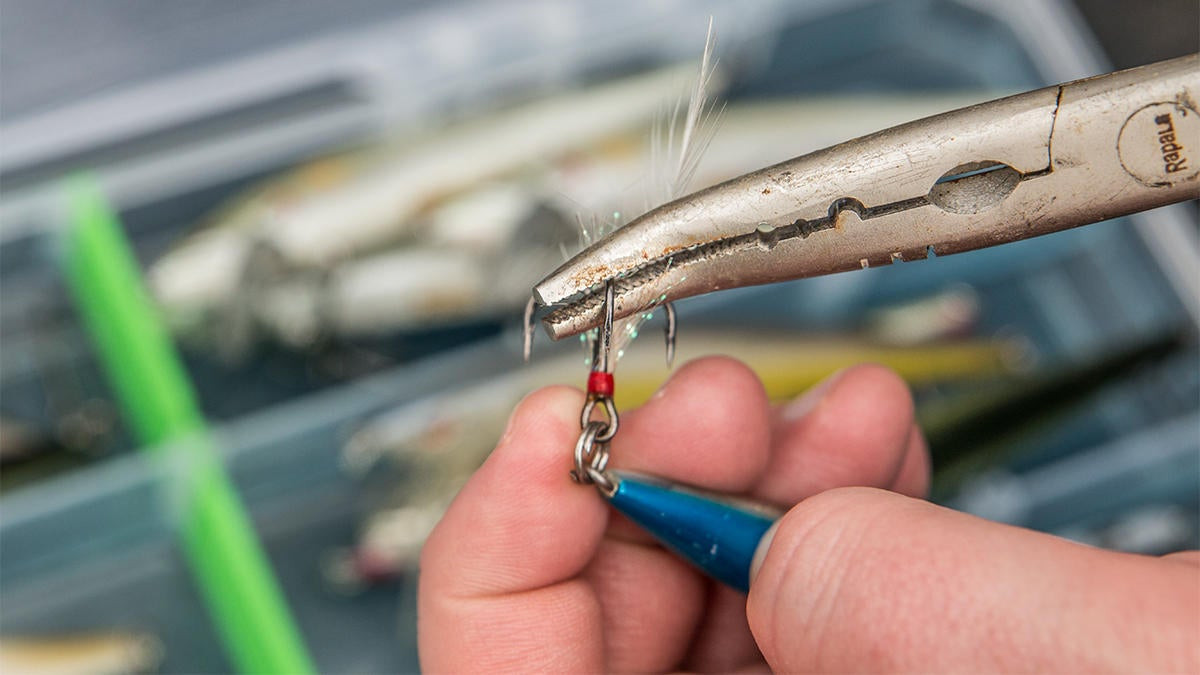 As you could probably guess by now, these pliers are the first ones I grab when I sit down in my shop to rig tackle. I’m so used to them by now they kind of feel like an extension of my hand, as cheesy as that sounds.

Because they open and close so effortlessly, I don’t have those painful hand cramps you’re prone to get after several hours of rigging tackle. 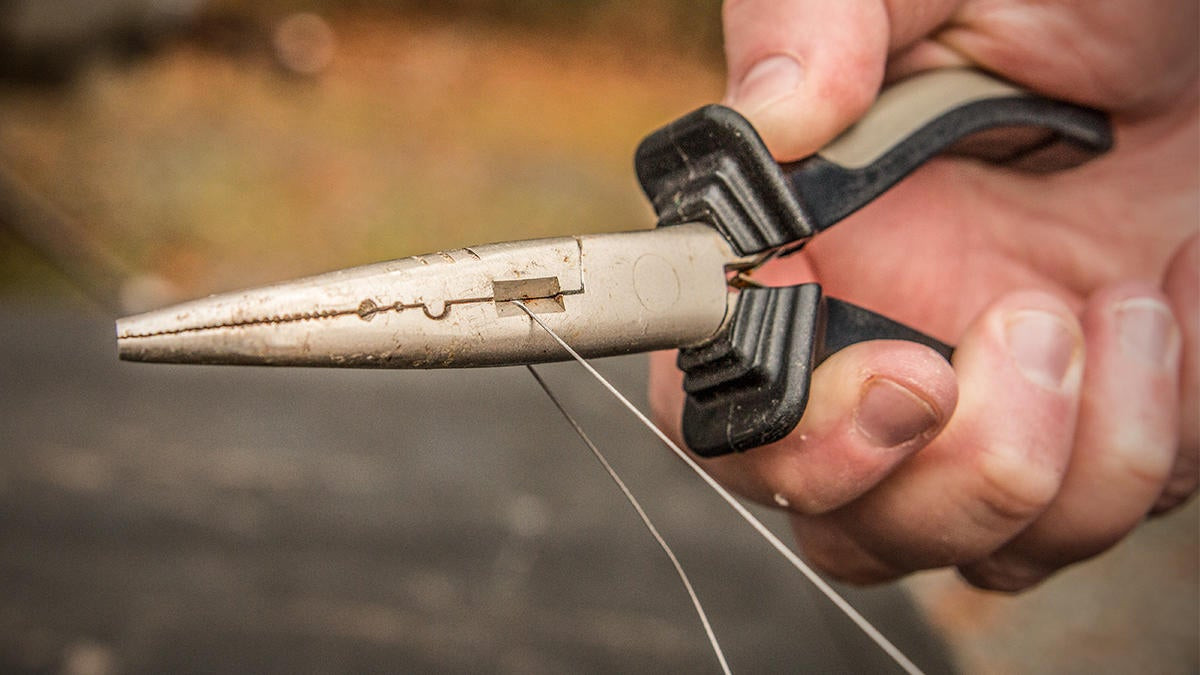 I highly recommend these pliers.

They don’t leave my side, and once you use them during a fishing trip, I have a feeling you’ll be the same way. They’re super affordable, they last many years and they’ll make unhooking fish incredibly easy for you.

The Rapala 6 1/2-inch Curved Fisherman’s Pliers are available at these retailers: