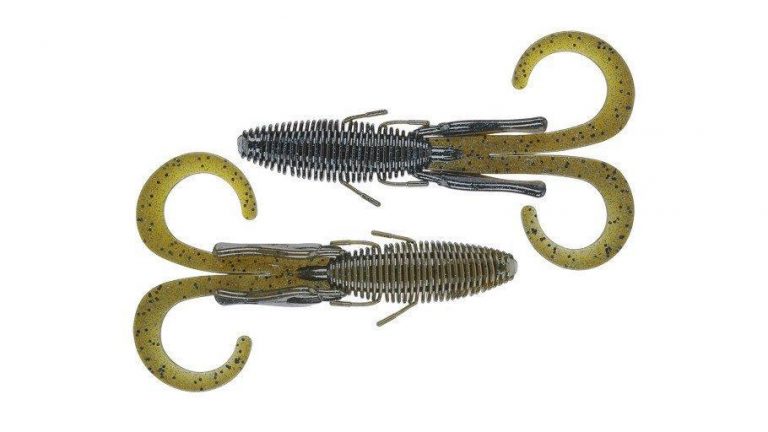 Every year, there are dozens if not hundreds of new soft plastics and shapes of new soft plastics released to the recreational fishing market, specifically in bass fishing. But a few shapes catch our attention, especially when they are ones we’ve been seeking for our own fishing style. That was the case for me with the Missile Baits D-Stroyer.

I consider John Crews a friend, but he’s also a talented professional angler and quite possibly even more savvy with designing, manufacturing and selling fishing lures that guys really want and that really work. Missile Baits doesn’t flood the market with new releases every year for bass fishing. That’s mostly because they strive to fill a niche or answer the needs of their network of anglers. The put a lot of thought into what they need or don’t have in their arsenal and what the specific applications they encounter call for and design from that stand point.

I actually like that they only release a lure or two at a time to make sure they’ve got it right and it’s a fish catcher before releasing it to the masses.

Here is my quick breakdown on their new D-Stroyer soft plastic lure: 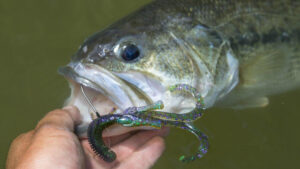 The Missile Baits D-Stroyer comes as an extension to their wildly popular flipping and punching shape the D-Bomb. When the D-Bomb came on the scene, it was an immediate hit, provided with an exclamation point in the first month with Ish Monroe posting more than 100 pounds of Okeechobee bass to blow away the Elite Series field in that event. All on the D-Bomb.

The D-Stroyer has the same basic body shape as the D-Bomb with some additions and modifications. The first things modification was elongated paddles on the sides towards the bottom. Then they added two ribbon-tail curl legs that give the bait more length and a longer looking profile as well as a lot more movement in the water. They also add some mini-flappers, two on each side of the main body. All of this accounts for a creature bait that has 8 moving parts, plus the same air-bubble-trapping, ribbed body anglers love about the D-Bomb.

They come in 8 of their most popular Missile Baits colors, they are 6-inches long and they come 6 to a pack.

If you’re like me, you flip with just a handful of plastics. For me that’s usually a D-Bomb and a Zoom Brush Hog. Because I think there are times where the profile matters and a change can matter too. But this bait is so much more than just a wild flipping bait. It flips and pitches well because the bait itself has good weight, which makes flipping it on lighter weights a lot easier and it has a real active body and natural fall like that.

I’ve fished it in heavy cover like bushes and bank grass. I’ve flipped it around docks. I’ve cast it on a Texas-rig and on a Carolina rig and dragged it around to catch bass. It’s nice to have a shape like that that can do so many different things. 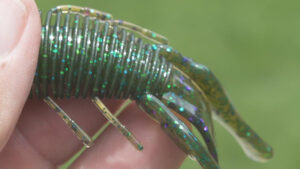 Here are a few of the ways I’ve fished this bait that I liked thus far: 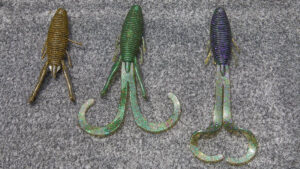 What I like most about this soft plastic is that it has a lot of parts. So you can become the mad scientist angler and start hacking off limbs to give it a cool profile. I cut the tails off and made it an awesome grass punching bait. I cut the paddles off and made it fish more like a double-tail worm (bet it would be a wicked jig trailer like that too). That’s why it has so many applications.

I caught several bass this spring that were bedding and holding on isolated bushes during the spawning period. The D Stroyer is almost like a cross between a craw bait and a lizard. It definitely represents something a bass won’t let crash into his living room and not do something about it.

Since then, I’ve caught some fish dragging it around on a Carolina rig away from the bank out deep. I also have started to pitch it around docks on light weights for a real natural presentation in clearer water.

The bait has a lot of applications, a lot of action and a proven ability to catch bass. If you haven’t checked out the Missile Baits D Stroyer yet, check them out online at TackleWarehouse.com or at your local retailers that carry Missile Baits.