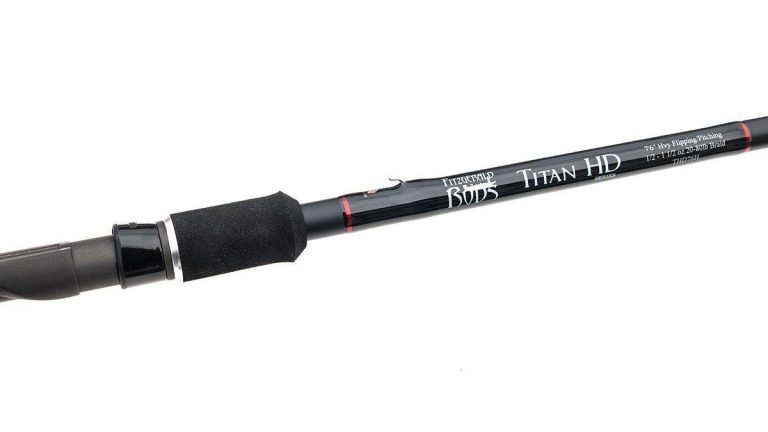 I’m most often asked about fishing rod selection when talking to bass anglers. Truth be told, I believe you can “get away” with fairly basic rods for most applications—it’s amazing what a 7-foot, medium-heavy casting rod can do these days.

But when you’re pitching and flipping into the nastiest shallow cover you can possibly find, especially thick vegetation, all of that goes out the window. There’s no such thing as “getting away” with subpar equipment. If you don’t have a rod designed for such abuse, you’re toast. Trust me—I tried it a few times on Lake Seminole when I was younger. I was lucky to get a 3-pounder to the top of the grass mat. Even my most heavy duty rods lacked suitable power.

Lately, however, I’ve been testing one of these highly specialized flipping and pitching rods. I had heard a lot of glowing reviews about the new Fitzgerald Titan HD Series. These folks weren’t just Joe Blows, either. These evaluations were coming straight from the mouths of Florida grass fishing authorities.

So guess what? I couldn’t help but test it out and see what the fuss was all about. After using it for months and putting it through its proper paces, you can color me impressed. It’s a sure enough womping stick, as we call it in the South.

When you’re punching 1 1/2-ounce tungsten weights into a virtual jungle, your rod has to have some grit. The stress this technique puts on your rods is nothing to joke about—I’ve seen lots of rods snap like twigs in these situations.

With that being said, I made every effort to kick this rod’s butt. I punched matted vegetation, pitched to submergent grass and even gave it a chance around some big laydowns in skinny, river-type scenarios. The common denominator throughout all of my testing was evident. The Fitzgerald Titan HD Series is impressively powerful, to say the least.

It sounds a little weird, but I couldn’t help but let out some strange, childlike giggle when I first set the hook with this rod. Between seeing a 3 1/2-pounder shoot out of the water like a dolphin and a small piece of me feeling sorry for the unfortunate recipient, I guess it was the only way my brain knew how to express itself. 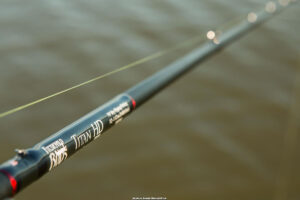 I’ve made it a point to execute the most aggressive hooksets I can muster when testing this rod. I have not heard any cracking or popping whatosever from the blank or any components and the fish haven’t stood a chance. You could say that sounds a bit cliché, but it’s totally accurate. Regardless of the surrounding cover, I have been able to overpower the bass with surprising ease. When they get to the side of the boat and try to make a last-second run towards deeper water, not once have I felt overpowered or outgunned. The tip easily absorbs the shock and impact associated with close quarters and braided line excellently, making for an excellent landing percentage with a technique commonly known for its heartbreaks.

It has a sensitive side, too 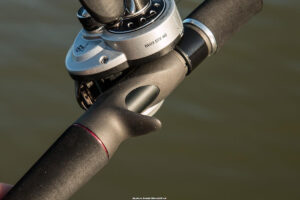 Your bites can be quite subtle, actually—sometimes they’re nothing more than a soft “tick”. So I put a lot of effort into testing the Titan HD’s sensitivity. If you’re unable to feel the initial bite and the bass feels you first, you don’t have much of a chance. Power is great, but sensitivity is just as important.

My hopes weren’t terribly high, to be quite honest. This is a 7-foot, 6-inch, heavy-action model and rods of this stature aren’t necessarily renowned for their sensitivity. But I really liked what I felt.

The reel seat is constructed to allow your hand to remain in close, constant contact with the graphite blank throughout the entirety of the retrieve. Whether I’ve been dragging a big bait on a clean bottom-area around vegetation or presenting my bait vertically, I’ve actually been able to feel very slight vibrations and movements in the palm of my hand—not just the fingers touching the blank. I can feel when nasty, dead grass turns to crisp, green grass and even detect subtle transitions in bottom composition.

A few evenings ago, I had a friend at my house and upon seeing the Titan HD in my office, he started asking a bunch of questions about it. It’s hard to verbally explain a rod’s sensitivity, so I put it in his hand and said, “Just barely tap the rod tip against the carpet.”

After a few taps, he was trying to negotiate trades. He, too was quite impressed by the sensitivity of such a big, mule-of-a-rod.

Braid-friendly guides are a great addition 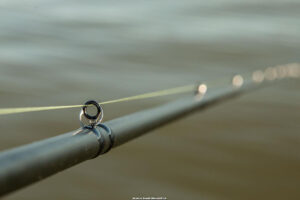 I’ve always considered line guides and inserts to be the two most overlooked and under-appreciated components of a fishing rod. Think about it—when most folks are rod shopping, they’ll pick ‘em up, hold ‘em in their hand, wiggle ‘em around and eventually make a decision. Very rarely do I see any discussion or thought go into a rod’s guides.

It seems as if Fitzgerald Rods has put a considerable amount of thought into their guide and insert selection, although it’s largely ignored by consumers. The Titan HD Series comes with titanium-framed guides and braid-proof Nanolight rings, which is an excellent feature for punchers, pitchers and flippers.

I try to avoid boring readers with technical talk in my reviews, so here’s what all of that translates into: Your braided line won’t notch line-slicing grooves into the inserts over time and the abuse of constant pitches with 60 to 80-pound braided line doesn’t beat the heck out of your line guides.

You’ll have a hard time bending or breaking these guides, too. I’ve stepped on ‘em while landing fish on my front deck and actually tried to bend them with my bare hands and they remain snugly fastened to the blank with very little, if any, flexing.

The Fitzgerald Titan HD certainly isn’t the lightest rod I’ve ever used. But I don’t expect a 7-foot, 6-inch rod specially designed for punching to feel like a fairy wand in my hand. This rod has no other applications—it’s built to yank really big bass from stuff many anglers wouldn’t even consider fishing.

The ergonomics of this rod, however, significantly make up for its beefy profile. It has sizeable EVA foam grips that seem to retain grip when wet or after repeated fish handling and the butt section of the rod is also covered in the foam. Because big hooksets are commonplace for this type of fishing, the EVA rod butt gives your ribs some added protection and makes hooksets surprisingly comfortable.

If you frequent grass-covered fisheries and heavy cover, I certainly think this rod is worth serious consideration. Priced at $349, it’s not cheap and I’ll make no bones about it. But keep in mind, specially designed, technique-specific rods are always going to be a bit more expensive. 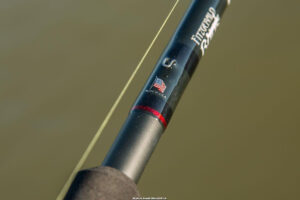 The Fitzgerald Titan HD Series is available at TackleWarehouse.com.

If you have plans to attend the 2015 Bassmaster Classic, Fitzgerald Rods will also be releasing a new line of rods—the Stunner HD Series at booth No. 6173.