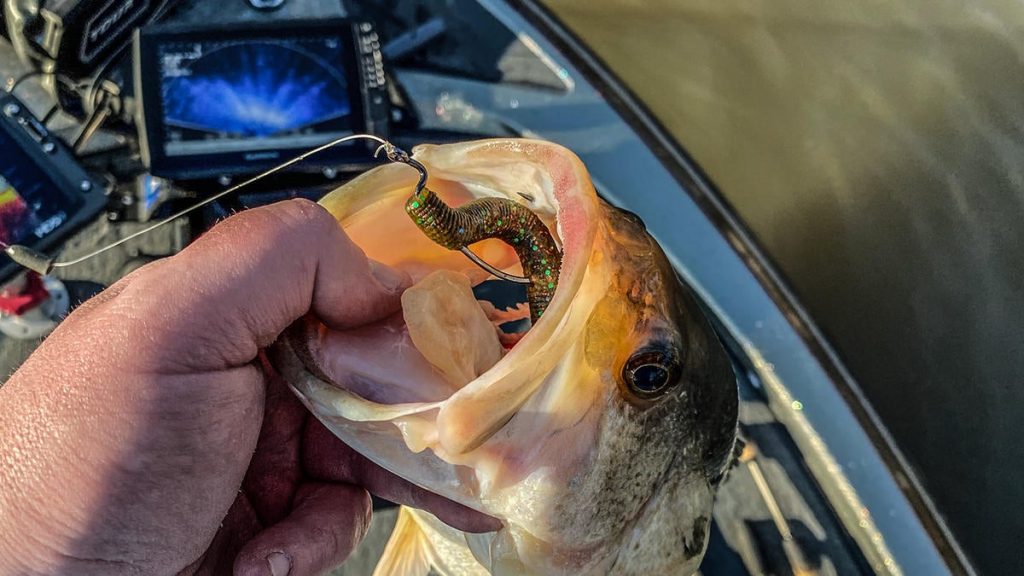 Stick worms normally aren’t the most exciting bass fishing baits to review, if I’m being honest. This particular one, however, is a bit different than many of the others on the market. I’ve been pretty well set on just a few brands of stick worms for my fishing but the Berkley Powerbait The General has certainly made its way into the fold. It has also further solidified my belief that not all stick baits are created equal. You’ll see dozens of different variations out there, but every now and again you’ll run into something special. I believe I’ve done that with this worm.

I started seeing posts about this worm on social media and my buddies were giving it all kinds of hype, so I got a few packs and put ’em to the test for the past month or so. I’ll quickly run through the things I’ve like most about it so far.

Nice blend of durability and action 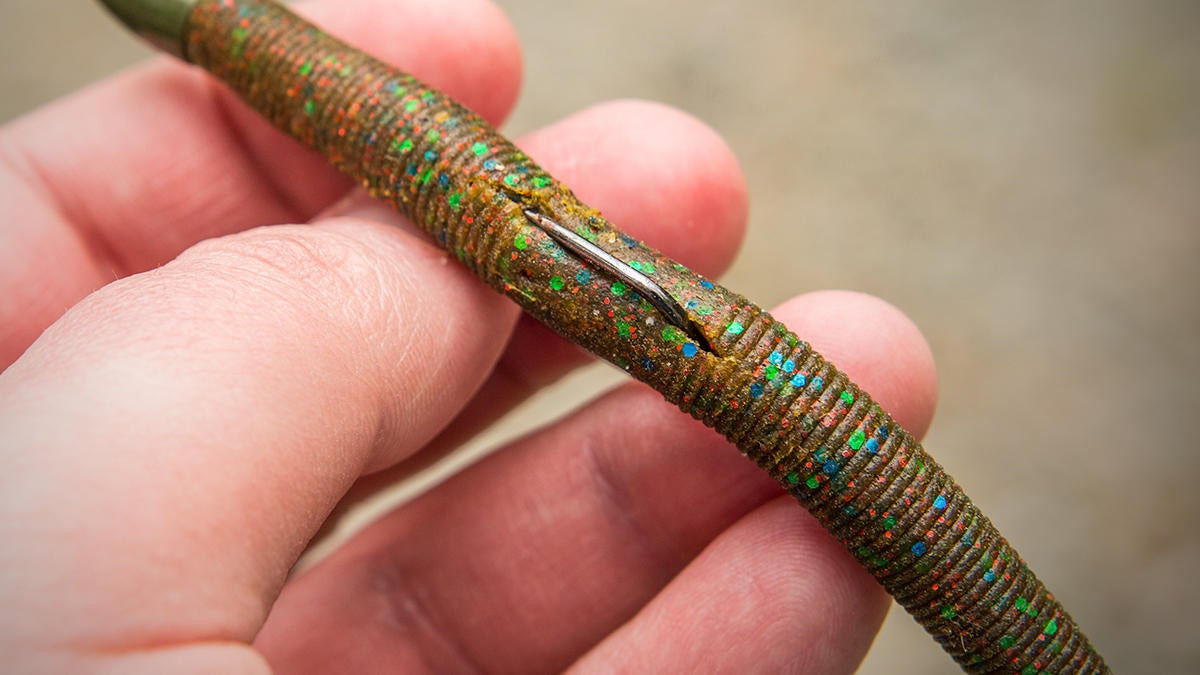 This is kind of a tightrope that, in my opinion, most manufacturers try to walk. A soft plastic has to have good and fluid action in order to entice strikes but unfortunately, durability is often sacrificed to achieve this. I like to try and find a blend of these two characteristics. I skip boat docks a lot in my area and I need a soft plastic that won’t slide down the shank of the hook or tear up after skipping a few docks.

The Berkley Powerbait The General holds up surprisingly well for a stick worm. I’ve been primarily rigging it on a 3/0 or 4/0 offset EWG hook and it seems to stay intact for a long time. This allows me to fish more efficiently without having to mess around with re-rigging it every few skips.

When it comes to durability in regards to fish catching, I feel comfortable telling you to expect about three fish per worm. Now of course, that all depends on how the fish bite and other random factors, but three is a fair average.

Quickly becoming a go-to for my pitching and flipping 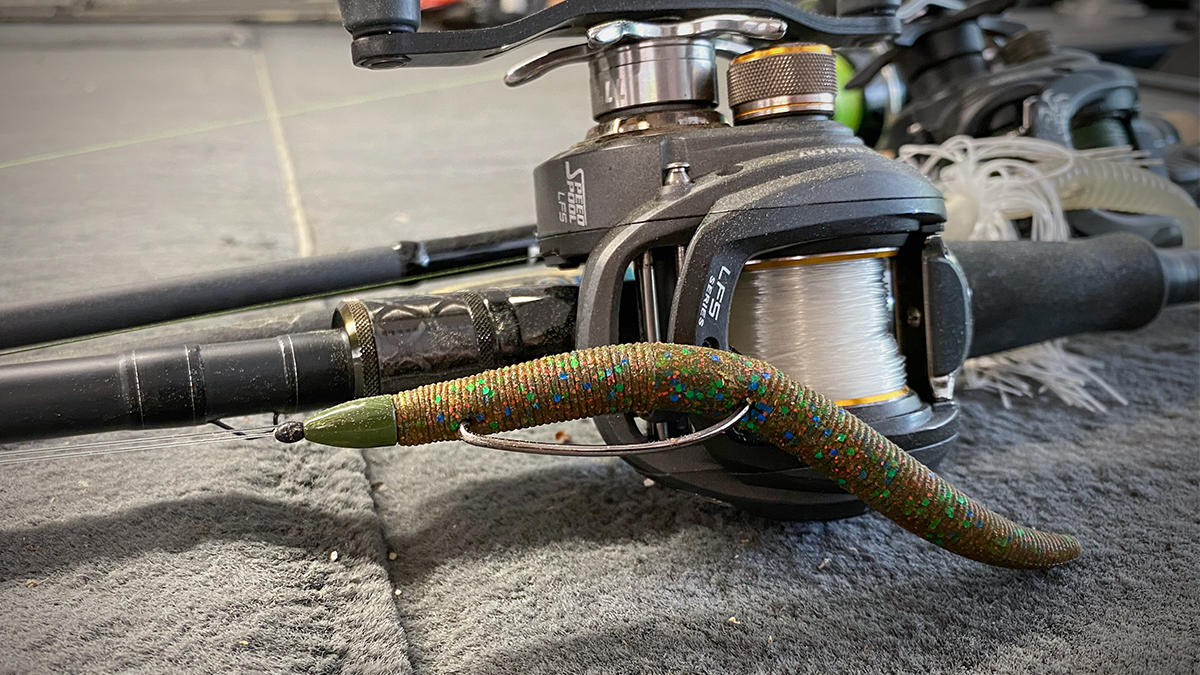 My home lake has become Georgia’s go-to tournament lake in recent years. All those folks from Atlanta come down and absolutely pound on this lake every weekend. They’re not doing anything wrong but it sure is making this a much tougher lake. It has completely changed in the past few years.

When I used to be able to pitch a jig and big creature bait most of the year, I seem to be having the most success with pitching stick worms on a very lightweight Texas rig lately. It took me a while to get confidence in this because heck… these type of worms don’t look like a whole lot in the water.

I’ve tinkered with The General a good bit in clearer water and I’ve learned that it has a really nice shimmy to it as it falls. The bigger the weight you use, the more you’re going to kill that action, so keep that in mind. But it’ll even have a spiral fall at times which get a pile of bites whenever I’m fishing shallow cover; especially vegetation.

So although it may not look like much (it’s hard to take creative photos for these reviews), trust that it does look very subtle and natural in the water.

I’m a believer in the scent 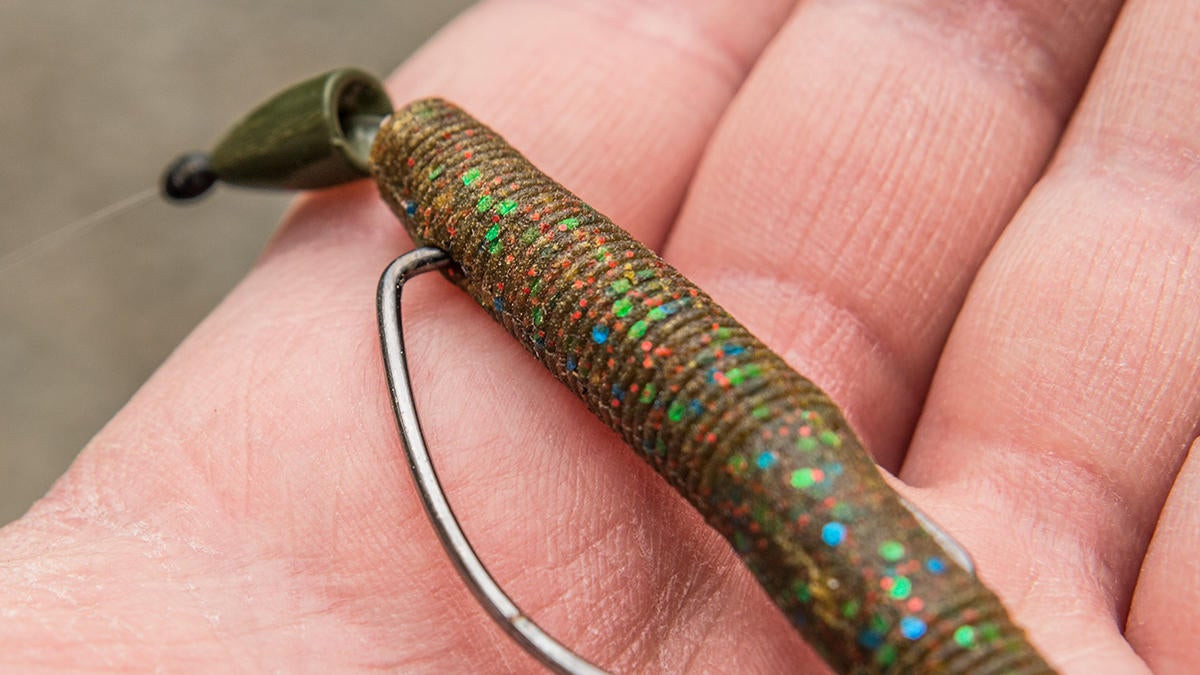 I don’t want to start a whole scent argument here. Personally speaking, however, I haven’t been a huge scent guy for most of my life. I’ve messed around with it a little bit and I never really noticed a huge difference in the number of bites I get. I’ve always thought that scent simply makes the fish hold on longer. I don’t know if it actually attracts bass, if that makes sense.

While I’m still in limbo on all of this, there have been a few times when I can only get bit on this particular stick worm. Maybe it’s all by happenstance; I really can’t say for sure. But it has definitely been enough for me to raise an eyebrow, take mental notes and bore my wife with scent theories at the dinner table.

When they bite The General, you can hardly shake ’em off. Before you ask… yes, I have tried to shake fish off while testing this worm. They just eat it. You could hook a fish on this worm with a Snoopy pole, give it to a toddler and they probably wouldn’t lose the fish. It’s something myself and a lot of my buddies agree on. There’s something to the whole Powerbait thing. I wouldn’t have ordered a bunch more last week if I didn’t believe that. 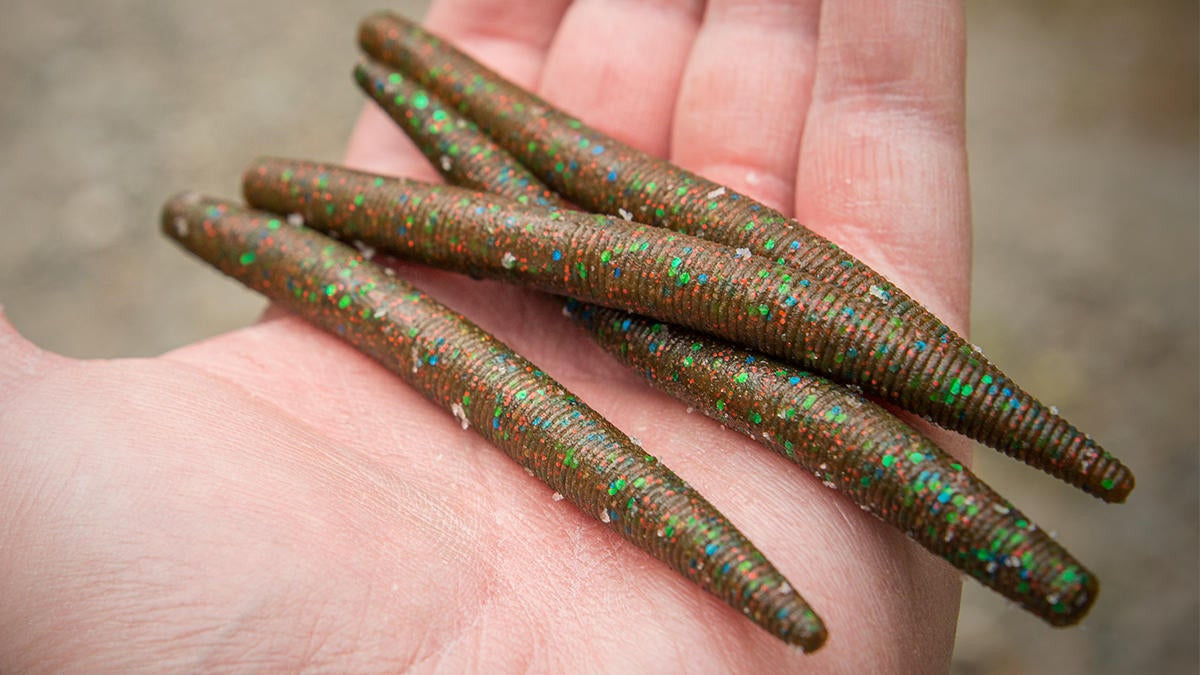 Pretty colors, a nice shimmy on the fall and a little stink on it… what else could I ask for in a stick worm? This is a really good option for those who like to fish shallow water. I could even see this being effective on a Ned rig or Carolina rig in deeper water as well. The way these fish have been eating this little dude has turned this into a definite confidence bait for me.

The Berkley Powerbait The General is available at these online retailers: