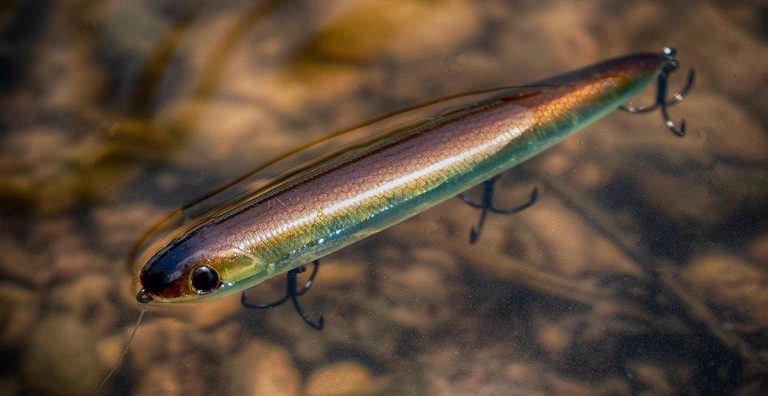 Does topwater fishing really ever get old? For me, it never will. So I’m always testing topwaters. Because I would rather trick a bass with a topwater than anything save for maybe a big swimbait.

I got a handful of the new topwater lures Berkley Fishing just before ICAST this summer. I took them on a family vacation to Table Rock Lake and fell in love with one of the baits immediately called the Drift Walker. It’s a skinny walking topwater lure with a finesse application but it has a lot of power features built into it.

It’s tail weighted so that you can throw it a long way. It features 3 Fusion19 tacky sharp hooks. It weighs roughly 1/2 ounce and is about 4 1/3 inches long. It also has a knocker in that makes a high pitch ticking sound on the retrieve. Those are the physical characteristics. But the bait is designed to be most effective for some specific topwater applications.

I’ve seen it called a finesse topwater, and that’s the intention for when you need a more diminutive lure on calm still days, on very clear water fisheries or around smaller than average bait. Because it’s narrow, the Drift Walker can seem a lot smaller than it really is especially at speed with translucent colors.

Speed was the thing I liked about it. For a small size, you can throw it really well. So you could bomb a long cast out there and then the first time you jerk it, the Drift Walker starts careening side to side. Sometimes finesse topwaters won’t walk well and often take a bit to get walking on a long cast. I caught a ton of schooling fish the first morning I threw it. It was getting a lot of slashing bites and hooked a bunch of fish that didn’t even have the bait in the mouth. The fish swiped at the bait and rolled on it and got hooked nearly every time. And the fish were coming to the surface always a good distance from the boat. The casting distance on this smaller bait was very impressive.

I found when speeding up the cadence, the bait really nosed and knifed around with a realistic fleeting look to it. I think that made the fish get more aggressive on their strikes. And the fish were coming from way down under the bait to get it.

One of the mornings, we had some cloud cover and slick calm waters, and the Drift Walker was the money bait. We got some bites on the High Jacker as well with that same fast erratic cadence, but it seemed like something about the profile of Drift Walker was getting the bites and getting them a lot quicker. You would get a jerk or two into your cadence and there would be a fish on it.

Profile and action is a lot of why we have so many different topwaters in our box. I think for clear water, schooling fish and really slick calm conditions, this is a profile that a lot of guys will want to add.

I have several of the Drift Walkers now after fishing with it a few months and seeing those early results. I caught a bunch of fish on CJ Shad and Perfect Ghost colors. They are really affordable at $7.99. You can find the Drift Walker online at these retailers:

Here are a few more images of the Berkley Drift Walker up close as well as some fish we caught on it the first week my son and I fished it.

Weighted to sit flat and slide side to side easily

Narrow profile gives ability to work it fast and erratic 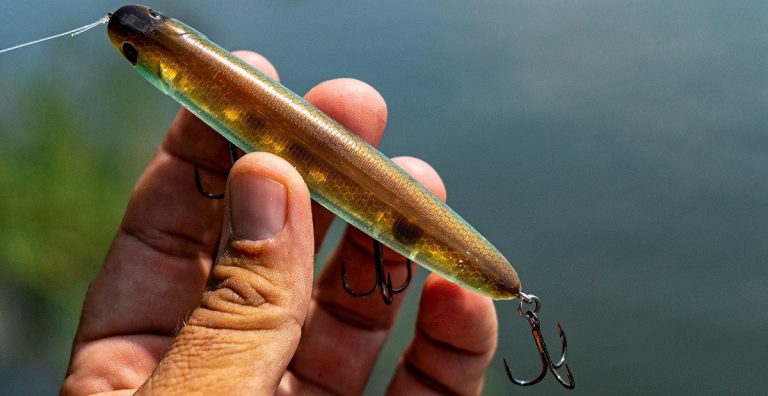 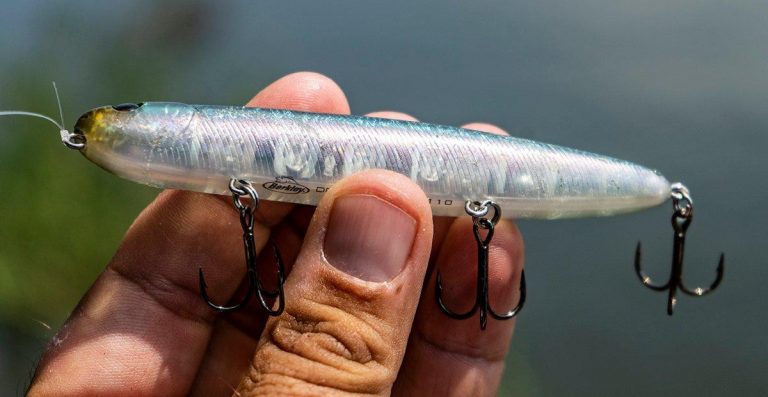 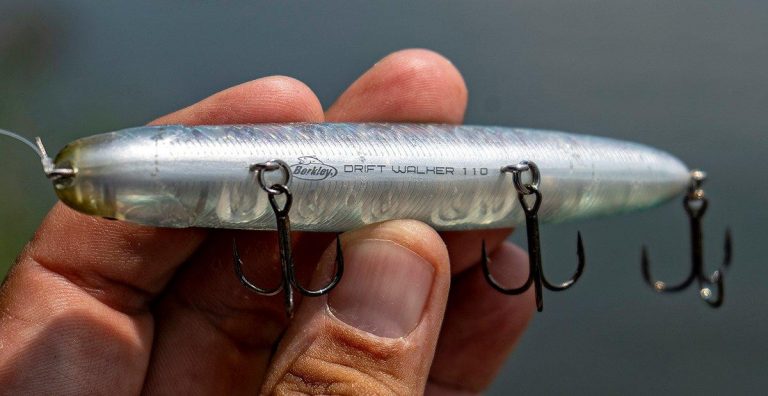 Looks great in the water fast, slow and stop and go 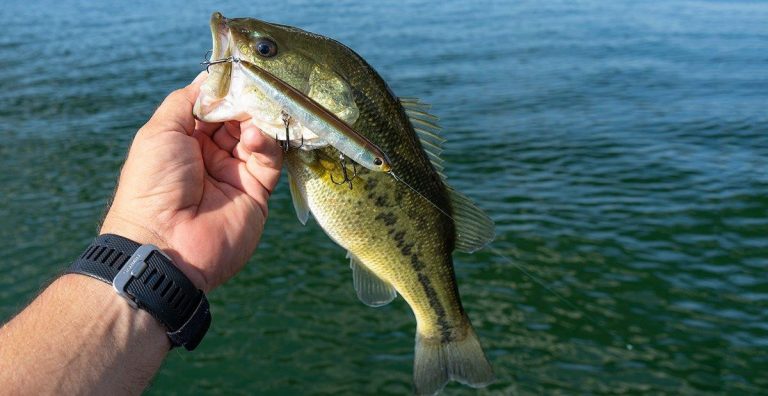