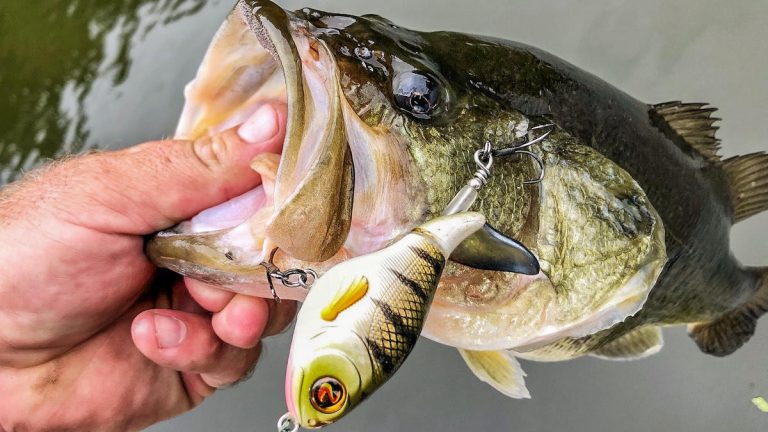 As water temps near the boiling point, or get as near as they will anyway, a beautiful and largely ignored phenomenom occurs – fish show up shallow in droves. During the heat of the summer, hungry bass gather together and scour the shallow shorelines of many lakes around the country in what are referred to as “wolf packs”.

Some bass stay shallow year round and others move to deep water after the annual spring spawn in search of bait in cooler waters where they can recover. A subset of those bass, however, will return shallow before the rest return in the fall. Those fish will gang up with the resident shallow fish in little groups of two or sometimes bigger schools of more than 20. These wolf packs will slowly cruise the shorelines looking closely for baitfish of all kinds, but it seems they prefer sunfish the most.

These fish are often big and extremely aggressive. Their aggressiveness is a direct result of their close proximity to other big and aggressive bass. I’ve seen them so aggressive when running together like this that you could literally throw a stick in the water and they would fight over it.

So catching them should be easy, right? Well, sometimes.

The great thing about this style of fishing is that the bass are grouped up. The problem with this style of fishing is also that the bass are grouped up. So essentially, you’re faced with a lot of dead water. Instead of seeing a fish or two in each pocket, you may fish several pockets with the trolling motor on high before you see a single bass. But when you do, it won’t be a single bass.

This means that when you do get an opportunity, you’ve got to capitalize on it. The two most important factors when fishing for wolf packing bass are seeing them before they see you and having the right setup when you do.

Get the jump on them 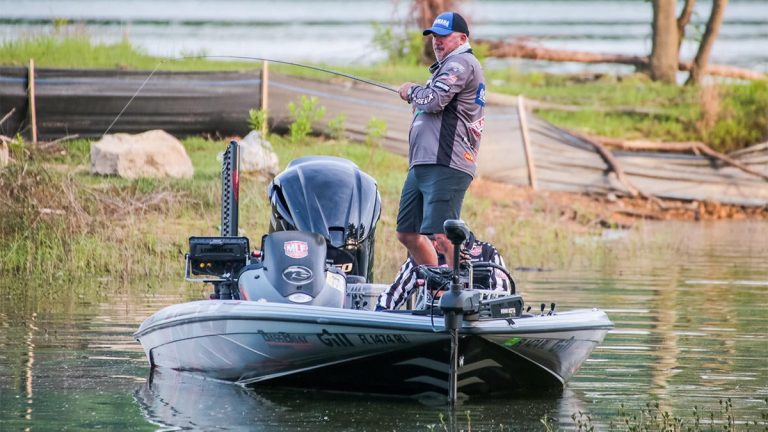 Maybe seeing them before they see you isn’t the best way to word that. Because you can certainly make a long cast and catch a wolf packing bass before you ever see the pack. But the most important thing in that statement is the “before they see you” part. Occasionally, the fish will be so wound up that they’ll still bite, even after they’ve gotten close to the boat. But typically, once they’ve seen you, you’re just pointlessly tossing a bait at a bass with a jaw locked tighter than Mike Tyson’s clinched fist.

If you do see a wolf pack before they see you, you’ll need to make a fantastic cast. Presentation is extremely important with this style of fishing. Landing the bait close to them without spooking them is what I like best once I’ve seen them. I like to put a bait near enough to them that I can draw a reactionary strike instead of lure them into stalking the bait. I don’t give them time to think about it because if I’m close enough to see them, they’re likely close enough to see me and getting closer by the second.

On the other hand, when you’re covering water and haven’t seen the fish yet, that’s when you want to try to lure them into stalking your bait. So if you’re coming up on a tree or a patch of shade, make a long cast past it instead of plopping your bait right on top of where you think the fish might be. And often times they’re not around cover at all. In those instances, the fish will just be swimming tight to the bank looking for the next piece of cover or patch of bluegill beds. So paralleling the bank making bomb casts allows you to keep your bait in the strike zone as long as possible.

Have the right setup for the job 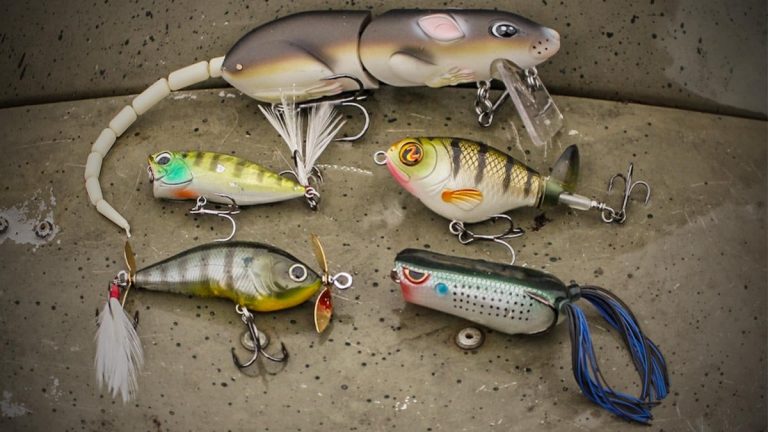 In my former life as an on-the-water tournament coverage guy, I watched several anglers win and do well targeting wolf packing bass like this. I covered James Watson as he won the 2015 B.A.S.S. Open on Table Rock, Tom Frink and Jacob Nummy as they won the 2013 B.A.S.S. National Championship on Chatuge Reservoir and Randall Tharp as he finished runner-up to Scott Martin in the 2011 Forrest Wood Cup on Lake Ouachita.

And they all did it a little differently.

Frink used a giant wooden rat to target wolf packing bass. Watson opted for a Whopper Plopper and Tharp had the Brian’s Prop Bee. Tharp used a 6-foot, 6-inch medium-heavy rod with 30-pound braid for his lightweight presentation where Frink had something more akin to a broom stick with much heavier braid to lob around his wooden rat. And Watson had a rod and line combo more in the middle. The point is, you have to have the right gear for whatever you choose to throw and the “right” part depends on the angler.

There’s no magic bullet here when it comes to selecting the right gear. The fish will bite a lot of different baits when they’re cruising the shallows like this. Poppers and frogs are also great choices as you start to see a trend where most of the baits used to target these bass are topwaters. That’s the key; find a topwater bait that you have a lot of confidence in and then build the rod, reel and line setup around that which will give you the best control of your bait.

So for a popping frog, I want a 7-foot, 3-inch heavy-action Fitzgerald Vursa Rod with 40-pound Sufix 832 Braid and a 7.5:1 Lew’s Super Duty. I can skip the bait well around bushes with this rod while it still allows me to make bomb casts down the bank. And when I hook up with a fish, I have all the rod I need to get it out of any cover it’s in or through any cover that separates us.

But, for someone a couple inches shorter than I am, you might want to move down a couple inches in the rod length so you’re not hitting the water with the tip of your rod when trying to skip. For some, it’s also far easier to skip a bait with a medium-heavy instead of a heavy-action rod.

There are a lot of variables that go into gear selection for this style of fishing. The key is fine tuning your setup to where you can make the best casts possible and have the bait where it needs to be, when it needs to be there to, again, take advantage of the opportunity when it does come along.

Here are a few setups to use as baselines for some of the more popular baits used to catch wolf packing bass. Again, you made need to take these and modify them slightly to fit you as an individual, but they’ll get you pretty close.

Having the right setup and the right approach make all the difference when stalking wolf packs of bass. You can’t just put the trolling motor in the water and go. You have to be diligent. Sometimes you’ll cover a lot of water before you’ll run into a wad of fish. Each cast should be well thought out and executed so that when you do run into a wolf pack, the bait will be where it needs to be in order to draw a strike from the school.