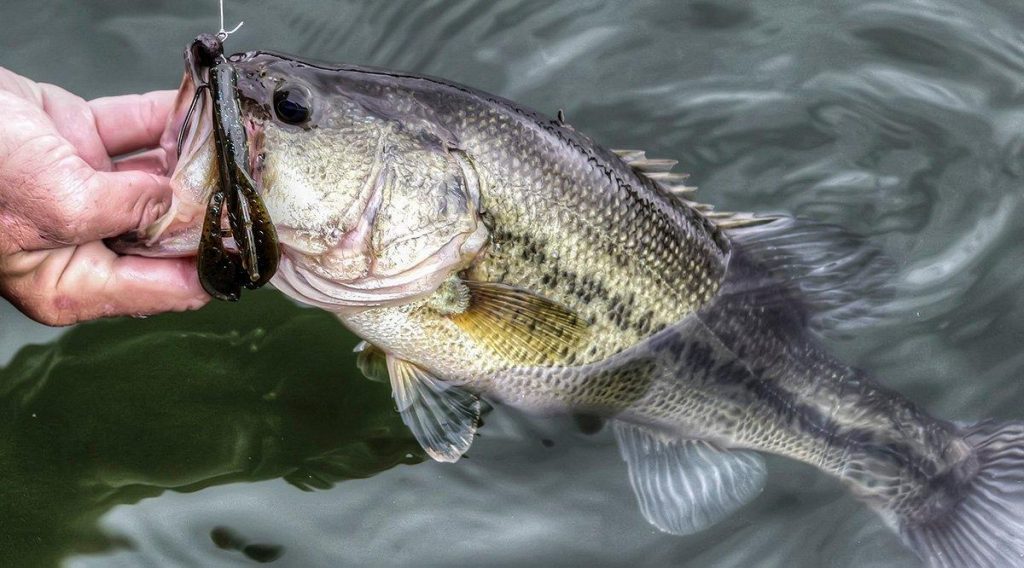 The diversity among fisheries requires a professional bass fisherman like FLW Tour standout Jacob Wheeler to carry a lot of tackle. That being said, Wheeler likes simplicity, and that’s why he’s a big fan of the soft plastic craw’s versatility in bass fishing.

“A craw type lure catches them all over the country, but this bait can also look like bluegill,” Wheeler said. “Action is the key, whether it’s (minimal) action like a gliding presentation, or a flapping action.”

Wheeler designed a crawfish imitator for Gene Larew last year called the Punch Out Craw that he could alter to serve many purposes in his fishing.

“When we set out to make that bait, it was about having the most versatility. Having 10-20 different boxes of plastics in my boat with this craw and that craw, jig trailers and everything else, it gets a little crazy. Rather than have all those boxes, we wanted to make something that works for multiple purposes.”

As Wheeler points out, crawdads comprise a major forage base for bass coast to coast. From prespawn to post spawn, mimicking these little pinching machines will get your bit. But even beyond what we might consider the primary crawfish months, Wheeler finds ways of using the craw baits, year-round.

By removing pieces and parts, the Punch Out Craw and others like it can be used in a wide variety of bass fishing scenarios.

If he wants to keep the action tight — maybe post-front, or heavy fishing pressure — Wheeler will separate the pinchers at the tips and the points where they meet the central flapper, but he’ll leave the side appendages intact.

“In muddier water, I might disconnect those appendages and allow them to displace more water,” he said.

He typically flips around cover, such as bushes, grass, wood or rocks.

When punching’s the deal, Wheeler upsizes his weight to a 1 1/2- to 2-ounce pegged sinker and drives the bait through heavy vegetation. In the super thick stuff, streamlining the bait by removing the claws and going with just the body and a narrow spear tail like on the Punch Out craw helps with the cover penetration.

“Okeechobee is obviously great for punching, but also in the fall on the Tennessee River — Guntersville, Chickamauga, Kentucky Lake — there’s a lot of hydrilla and when that water gets pulled down, the punching bite becomes a huge deal,” Wheeler said.

The craw resembles the various crustaceans clinging to the mat’s underside, but when it punches through and glides below (arms and pinchers left connected), the bluegill resemblance gets it whacked. For a more active display, he’ll separate the arms and claws to allow kicking and swimming motion.

Preferring an active presentation, Wheeler separates all of the Punch Out Craw’s connection points and lets those pinchers wave.

Fond of football heads for southeastern prespawn on lakes like Hartwell, Murray and any of the blueback herring waters, he’ll also use this rig for the summer offshore bite.

“One of my favorite ways to fish the football head with a Punch Out Craw is stroking it,” Wheeler said. “When you snap that jig, the kicking action is what triggers the bites.” 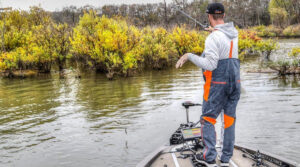 Removing the center tail flapper frees up the claws for maximum motion, while losing the claws and keeping the flapper makes a subtle spawn bait for northern brownies. With either, Wheeler bites off one or two of the body segments to shorten his trailer as needed.

“During the prespawn the fish really get keyed in on that jig/craw deal in the same places you might be cranking,” he said.

Bare buzzbaits work, but Wheeler appreciates the extra casting distance the craw trailer provides. Biting off one of the body segment yields the right spacing, while removing the tail flapper lets the fully separated flappers wiggle freely. If the claws repetitively tangle on the buzzbait hook, Wheeler uses a craw with the flapper intact and the claws connected with the side appendages.

Wheeler uses the buzzbait around the spawn with a green pumpkin craw to imitate marauding bluegill. In the summer months, he switches to a black/blue look, while white fits the fall shad focus. 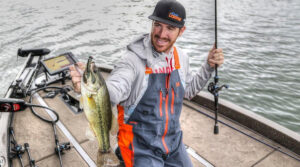 Other uses for craw trailers include:

Basically ditto the buzzbait preparations, Wheeler likes a 3/8-ounce bladed swim jig in shallow water, where the Punch Out Craw’s lift keeps the rig higher in the water. It can be a great bluegill imitator around grass, bream beds and shallow dirty water with fairly sparse cover.

Fitting his craw with a 5/0 EWG hook and a pegged 1/16-ounce weight, Wheeler zips the bait across grass much like we do the amphibian impostors. He also finds this a deadly look for targeting bream beds.

Wheeler will often rig a soft-plastic craw on a jighead and bite off the pinchers or trim them down for a more compact bed-fishing bait for crawfish loving smallmouths.

There is more to crawfish imitators for bass fishing than just their obvious uses as a jig trailer. On a jighead, on a jig, on various Texas rigs, swim jigs and more, the soft plastic crawfish can catch a lot of bass if you’re willing to apply it to the situation you are facing. 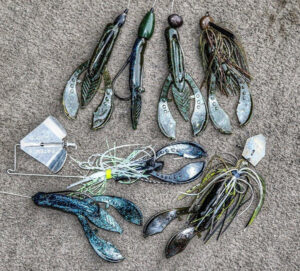