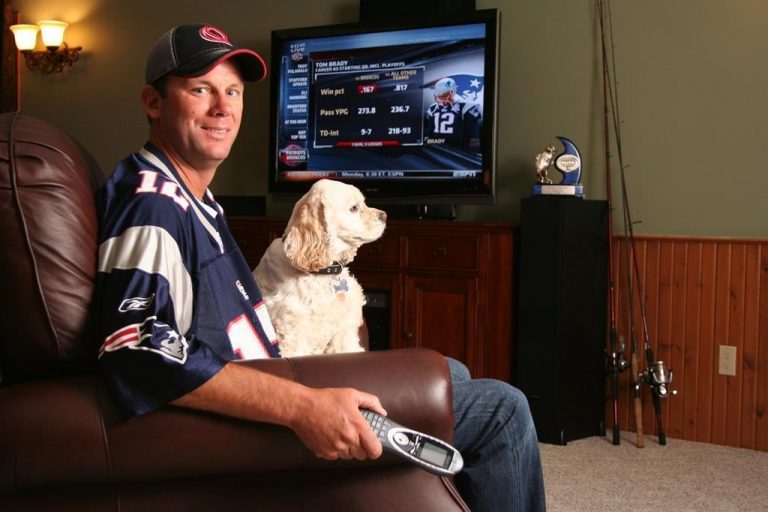 Kevin VanDam and Tom Brady are champions of their respective sports, and a gracious demeanor grounded in relationships with family and friends ever-stabilizes the sea of their success.

No huge surprise, Kevin VanDam is a big fan of the Patriots’ star quarterback. Largely because when they shook hands nearly eight years ago, Brady and VanDam got along well and mutual respect was easily sensed.

VanDam met Brady at the 2002 ESPY Awards and became an instant fan of the 2-time Super Bowl MVP.  “He and his teammates made me feel like they really, really respected the fact that I made a living as a professional bass fisherman,” said VanDam.

“Tom had a lot of his family there at the ESPY Awards and we got to spend a lot of time with them. He comes from a great family. While he could have a giant ego, he absolutely does not, he was actually kind of fascinated by the fact that I’m a professional fisherman,” said the reining Toyota Tundra Bassmaster Angler of the Year.

Brady will lead his team to the playoffs once again, despite a season that has had its share of challenges, including what appears to be a season ending injury for his star receiver Wes Welker.

Meanwhile, VanDam solidified his reputation as bass fishing’s best angler with a remarkable 5th Toyota Tundra Bassmaster Angler of the Year title in 2009.

“I really started rooting for him while he was playing here for the Michigan Wolverines. I’ve admired the way he handles himself throughout his entire college and pro career. He’s always modest and quick to give credit to his offensive line, his receivers and his running backs,” explained VanDam.

Maintaining intensity is a trait we’ve come to know VanDam for, and not surprisingly, he sees the same in Brady.

”Like me, Tom seems to only worry about the things he can control. He doesn’t seem to get rattled when he throws an interception and I don’t get rattled by bad weather. You can tell Tom isn’t fazed by the uncontrollables. He maintains intensity and I respect that,” said bass fishing’s “Mr. Intensity.”

“I wear a Patriots jersey because of Tom Brady. If he got traded to Team X then I’d be a fan of Team X,” concluded VanDam.

Tom Brady and Kevin VanDam. They are winners, and they treat those around them like winners too.