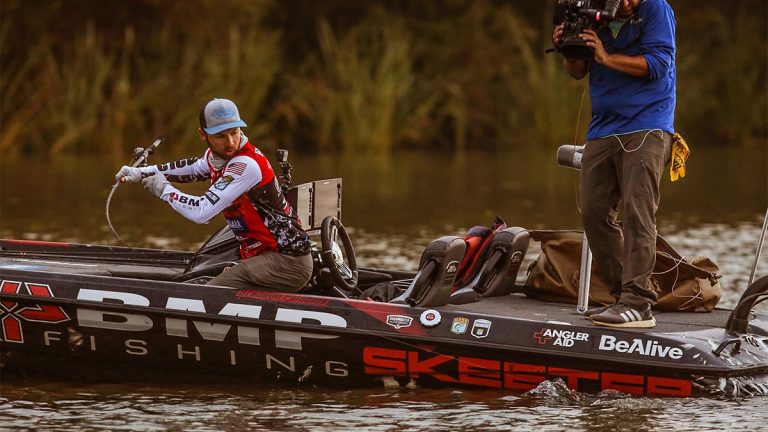 Bass fishing consistency and performing at the top level is getting tougher. It really doesn’t have much to do with name recognition but rather if you’re staying up with trends and techniques and able to use electronics. The best, for the most part, are still the best but the youth movement is putting a big dent in it and those at the top will have to stay on their game in order to compete moving forward in my humble opinion.

The new kids on the block are tough as nails and pick up nuances of our sport more quickly. Many start day one with a better understanding of the best gear, the electronics and social media and understand how the game is played. They are not afraid or easily intimidated, either.

No doubt I am in the older generation but to be honest, I see the younger anglers as a motivational force for me to stay on my game. I would guess those at the top levels of fishing would see it the same way. To succeed, you can no longer rest on laurels but have to cut a new swath with new tools and a different approach as the younger anglers are making it tougher to win.

We are seeing the same trends in NASCAR, baseball and other professional sports as well with new names coming to the top of the heap. We will always know those that continue to compete at the top of their game and are legends. The new guys continue to get their chances too and are creating a whole new group of stars for us to root for. I believe that is good for our sport.

Some don’t like the heavy use of the technology but they also are no longer using cane poles and Aberdeen hooks with a bobber either. Persimmon shafts in golf clubs have been replaced with space-aged materials and the balls are better too. All equipment has evolved and the John Powell sticking-your-rod-tip-in-the-water to check depth, although used, is no longer as effective. Banning a bait, electronics or even the boats we use seems counterproductive to our sport. Don’t get me wrong, I get it and understand the good old days better than many but in order to succeed I can either evolve or get out of the game. I like to read and learn and I do my best to stay up on trends and I do not resent any of the new but rather embrace it. Young anglers motivate me to be better.

No matter what level the angler base is just better anglers now and although the field names have changed the talent hasn’t. Kevin VanDam is still a superior angler but rest assured he has had to up his game in recent years too. The young anglers like Jordan and Matt Lee, Zack Birge and Bryan Thrift are not intimidated but the legends they fish against on the MLF trail and rest assured those at B.A.S.S. like Austin Felix, Micah Frazier and Mike Huff are equally competent and skilled.

Winning takes a certain mind set and there are a few out there right now that just know how to win. Edwin Evers knows how to win. Jason Christie and Greg Hackney know how to win. Patrick Walters and Brandon Palaniuk are big sponges and they too know how to finish. That isn’t easy but they are figuring it out quickly. Aligning themselves with companies and products indeed helps but they also have the drive and moxy.

Brandon Palaniuk has settled in and this past year won two blue trophies on the Bassmaster Elite Series. Winning two blue trophies in a single year cannot be minimized. There are those that will say the field isn’t the same without many who moved to MLF and that may be true to a certain extent but rest assured, although the names have changed, those fishing are no slouches. Many say they are every bit as good as those that came before them. I will always believe there are anglers due to work, financial risks or family who could fish at the highest level but have chosen not to. I like both top tier leagues and do not see one being harder to win than the other. Honestly they are all hard to win and that what makes winning two so relevant.

Not only on the B.A.S.S. trail but MLF has recently seen a changing of the guard too. Palaniuk did well in both and he has now taken steps to be recognized as one of the premier top-level anglers in the sport.

Brandon is totally consumed in the sport. He picks and chooses the best gear that suits his style to be in the winner’s circle. Whether it’s his Skeeter boat, his rods that are custom-made to his specifications or his VMC hooks, Storm and X Zone/Rod Glove products he fishes with he is one of the best and fishes well based on the situation and weather conditions.

He is integral in development of new situational products for all the companies he represents and has found success this year being versatile and able to adjust to changing conditions. Every cast he thinks about the products he is using and many times how to make them better or even creating a new one as a result. No doubt he has elevated companies like X Zone by winning and putting their products in the limelight. Rest assured he isn’t done either.

He won two blue Elite Series trophies this past year alone and that has been done very few times in the past. No matter whose name is in the field these are some of the finest anglers in the world and are qualified to be in that field. Just because they are not household names yet many will be in the future.

The formats are different in B.A.S.S. and MLF but that doesn’t change the caliber of angler in each. Field size could have some bearing but those numbers do not hold value much based on the caliber of the anglers in each league. The facts don’t lie and names like Kyle Welcher, Jake Whitaker and Caleb Sumrall will be putting pressure on the veterans now too.

There is no doubt the game is changing and I honestly feel it is bringing in more anglers and excitement to participants and fans alike. In recent years we have been a bit stagnant and not growing, but after a record year of new licenses and participation across the board at all levels the future indeed looks bright. I am optimistic about the state of the sport and even more excited about all the new participants. I hope we can sustain this growth of new anglers and help the fishing industry continue to grow too because new products and services are good for much more than those that fish professionally.