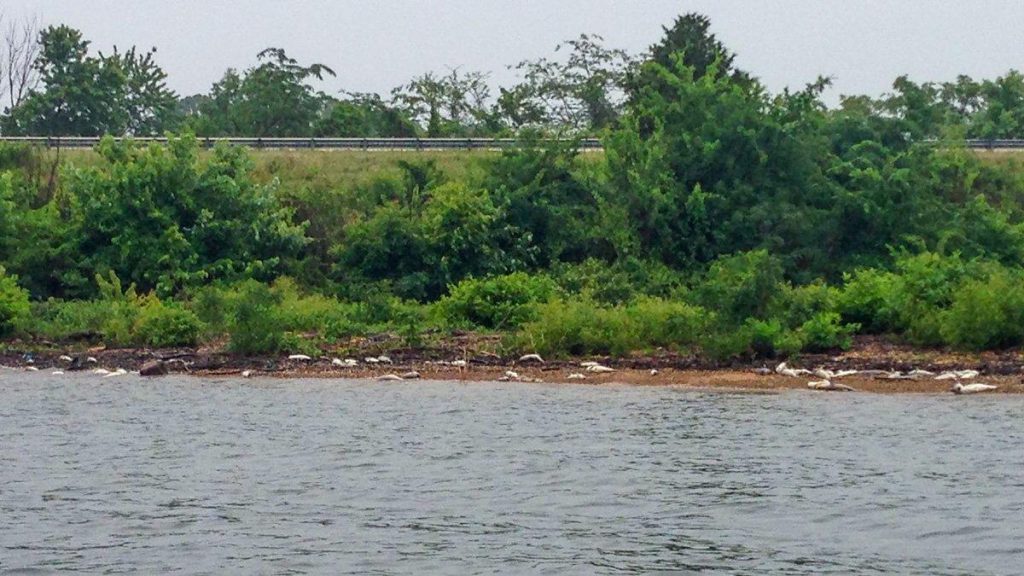 Several folks have messaged me and asked my thoughts about what happened at Kentucky Lake this weekend as someone who makes their living in the recreational fishing industry, someone who fishes tournaments and someone who lives on and fishes Kentucky Lake regularly.

For those that don’t know, there was a nearly 400-boat Triton Owner’s tournament on the lake Friday and Saturday. There were roughly 3,800 bass caught and weighed I heard. The next day an avid local angler on the lake, Andy Salmon, found and photographed a bunch of dead bass that had washed up on the shoreline near Paris Landing, obviously from this tournament. He posted it on Facebook, and it has caused quite the stir.

Here is my response to those that have been asking for it (and these are my opinions soley, not Wired2fish’s as a company):

Seeing dead bass sucks. It bothers me as it probably does most anglers who love fishing for bass. But the shock and awe I see from tournament guys is pretty surreal given that thousands of bass are going to die this year alone all over the country for no other reason than they were caught and held in livewells for a period of time in tournaments. That’s thousands out of the hundreds and hundreds of thousands that will be caught all over the country this year.

I hate to see dead bass. But I don’t think we should overreact and start calling for the heads of everyone that organized a tournament either. I think it’s good this picture surfaced and sparked a discussion on fish care. I know Triton, ABA and BASS were all very concerned about it.

Anglers should be equally concerned for the bass. Fizzing and weight clips have been shown to help as have additives for livewells. Oxygen and cool water probably help the most. I think BASS will remind the BassFest competitors about fish care as a result of this picture. That’s a very good thing coming from a seemingly bad thing.

I’d be willing to bet, however, there are some bass in this picture that were caught by longtime tournament anglers who believe they are good at fish care. And probably are. But I also believe when you have big tournaments at the height of the post spawn when a bass is their most vulnerable and you catch him out of the deepest water they will be in all year recovering from the spawn, then carry them around for 8 hours on one of the consistently roughest lakes in America, this will always be the result regardless of how good your fish care is or how small your limit is. They just might not wash up on shore in one place.

I caught a bunch of bass including one 5 1/2-pounder in particular on Sunday. I caught it, unhooked it, snapped a GoPro pic and threw it back. It struggled for more than a minute to go down. I stayed close making sure it finally did. It was weak from the spawn and the fight with me. Sometimes there is nothing we can do to fix their fragile state other than not put her in a livewell at all.

Triton Owners tournament weigh-in lines were short I heard from several competitors. They used two release boats. I’m usually skeptical of live release rates stated by organizers. Having said that, in this tournament there was something like 4,000 bass weighed. If 200 showed up dead, that’s still a 95% live release. If only 50 show up dead that’s a 99% live release. So I always try not to overreact at the sight of dead bass.

More food for thought: the dead bass on the bank is a sickening sight for someone who just loves fishing as much as we do. But the reality is that many bass are taken out and eaten every week on this lake and others like Guntersville by the thousands of anglers out to catch food, and still they continue to produce. I have no doubt that hundreds of bass leave Kentucky Lake this time of year … every week.

The lake is more than 100 miles long dam to dam. These fish probably came from a 70-80 mile range of the lake. A hundred or so washed up on a bank because they weren’t culled from the release boats.

So while I hate to see this, and I want everyone to be serious about learning proper fish care, I’m not devastated or calling for heads when this happens. It’s a waste for sure. That part bothers me. That meat could have fed a lot of people if the dead ones were thrown in coolers and cleaned. Cleaning and eating bass does not make you an awful person when done within the limits. But catch-and-release has done wonders for this fishery and many like it. So has culling fish for the table.

But I also think it’s a bit naive for anglers to think they are not contributing to this because they know fish care and still fish for bass in the post spawn. I’ve certainly fished tournaments during the prespawn, spawn and post spawn. I’d be willing to bet I’ve had bass die after I weighed them in the post spawn. I’m certainly not on a high horse here. I actually believe post spawn tournaments are harder on a fishery than spawning tournaments. I’ve had some rough rides and bass that were stressed in the livewells. I fizz and add chemicals and ice, but sometimes that’s not enough. I’m sure even though my bass are all alive when I weigh them, some might later die, especially in these post spawn events.

We need to do everything we can to care for the resource. Sometimes an ugly reminder like this is the best way to get people to take action and get educated. So I cringe when I see bass wash up dead on a shore. It makes us all look bad. But it’s usually a catalyst to think more about the fish than ourselves when it does. And that’s always a good thing to someone who provides for his family on the banks of a resource as great as this.