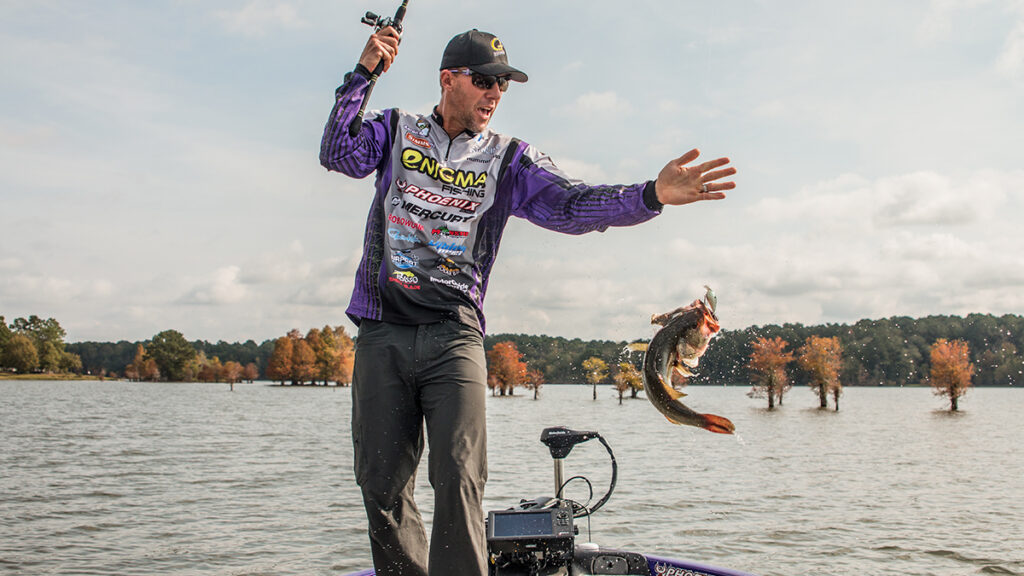 To be entirely honest with you, I’ve been somewhat intimidated to write this article and I’ve been putting it off a bit. With so many fishing industry stalwarts posting their tributes about the great Aaron Martens, I’ve almost felt undeserving to publish my thoughts on him. From Bassmaster Classic winners to some of the best anglers to ever hold a fishing rod, every important person in the fishing industry has emptied their heart and shared their personal experiences with Aaron.

I really wasn’t sure if little ol’ me should write this article. I have wrestled with it in my head for quite some time and I’ve decided that I need to do this for myself, if nothing else.

The “little ol’ me” line is important for me to articulate my message about Aaron because no matter how small or insignificant you might have believed yourself to be, that man made you feel important. Whether you were a 20-something-year-old rookie in the fishing industry or a pond fisherman who happened to see him around town, he didn’t care.

He had time. And if he didn’t have time, you’d never know it. Because he made time.

I’d like to share just a few quick stories about our time working together and how he made little ol’ me feel like so much more than that.

A lesson of intent 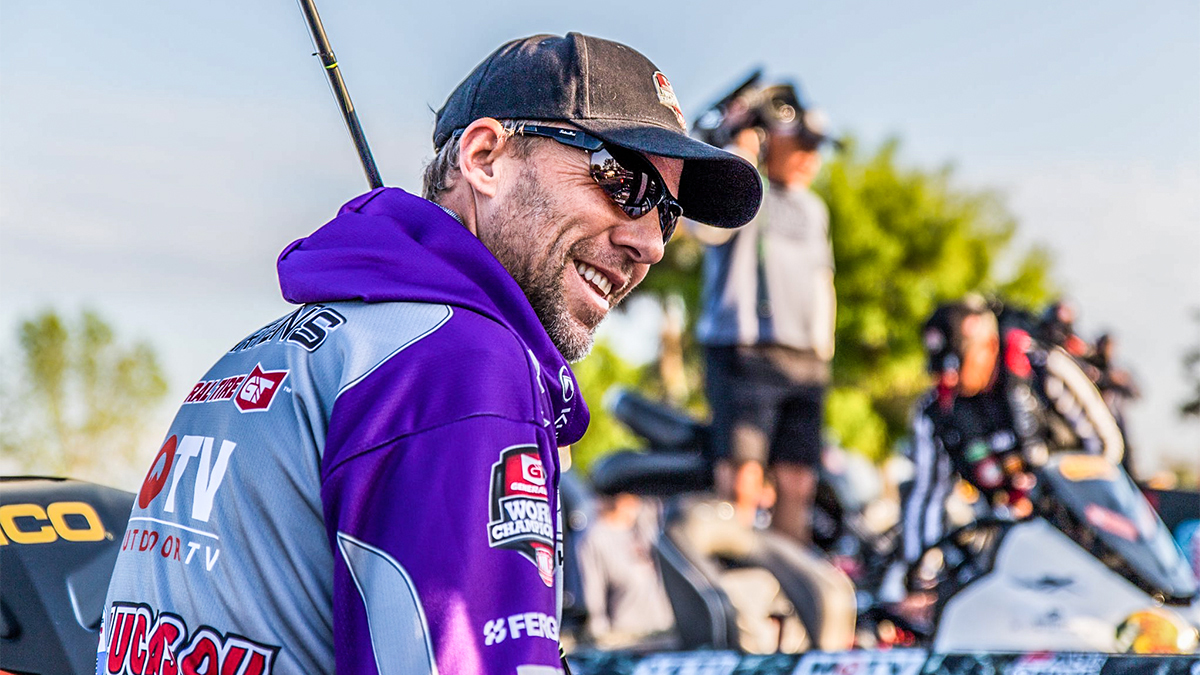 When I was recruited to fish on my college’s bass fishing team, I simply thought it would be a fun way to pass the time on the weekends. I didn’t follow tournament fishing very much at the time; my only knowledge of fishing consisted of my old 1987 Ranger and fishing every day after (and sometimes during) class.

With that being said, I did well enough in some qualifying tournaments to earn the privilege of traveling to my first college bass fishing tournament. It was on Logan Martin Lake in Pell City, Alabama and it was such a rush for me. I didn’t know what I was doing but my partner and I ended up finishing somewhere near the top. I can’t really remember the exact place we finished.

But I do remember one thing. Out of all the topwater fish we caught during that November week as the Alabama leaves changed and littered the water’s surface, I mainly remember my interaction with Aaron Martens. The way he treated all of us made me want to pursue this as my career. I didn’t care if I fished professionally or simply wrote about it as I do now. But I wanted to make people feel the way he made me feel.

Included, important and cared about.

Aaron was asked by Auburn University, the organizer of the tournament, to be the weighmaster for the event and I won’t lie to you; I didn’t know who the heck he was. I was just a fishing rat who was fishing too much to watch the professionals on television. But man, all of my buddies were so jacked up that he was there.

After my partner and I weighed our fish, Aaron came up to us to shake our hands and congratulate us on our finish. I will never forget that handshake because his hands were absolutely enormous; it felt like I put my hand in a baseball glove.

More importantly, however, I’ll remember the intention behind that handshake. It wasn’t a passive handshake, if that makes sense. There was meaning and connection behind his gesture. He genuinely cared about how our day went and he cared about how we caught our fish. If more folks had the intent Aaron had upon meeting new people, the world would be an infinitely better place.

If my memory serves me right, I think Auburn had some snacks and drinks for everyone after the weigh in. This was at the very beginning of college fishing so these events weren’t as fancy as the new ones probably are. But nonetheless, we had a great time catching up with our fishing buddies from different schools as we got our old boats cleaned up for the Sunday evening drive home.

During this fellowship, Aaron could have bolted and headed home to his family. He did what he was asked to do and essentially, his job was done for the day. But he didn’t do that.

Again, let me repeat the word.

And he did so with intent.

He invited us to his tow vehicle at the time; it was one of those diesel-powered Ford Excursions and the back was just filled with tackle. It’s important to note, however, that it wasn’t pre-made promotional boxes with which he was provided by his sponsors. This was his personal fishing tackle. Everything was organized perfectly, it was all labeled and again, it was his. It wasn’t an afterthought. He brought this fishing tackle on purpose.

As dozens of us huddled around the back of his Excursion as the cool fall day slowly turned into a chilly fall night, Aaron talked to us. He taught us. He explained his decades of knowledge as these dirt-poor critters soaked in every single word he said. He taught us about topwater baits, crankbaits and finesse fishing. He started digging into his personal tackle stash and handing baits to us and suggesting how we should use them in our upcoming tournaments.

I learned a lot about fishing that afternoon and evening. Heck, a lot of it went over my head because as you know, Aaron’s bass fishing knowledge was otherworldly. But aside from the fishing lessons I learned that day, Aaron taught me something much more important.

Love for people and intent. 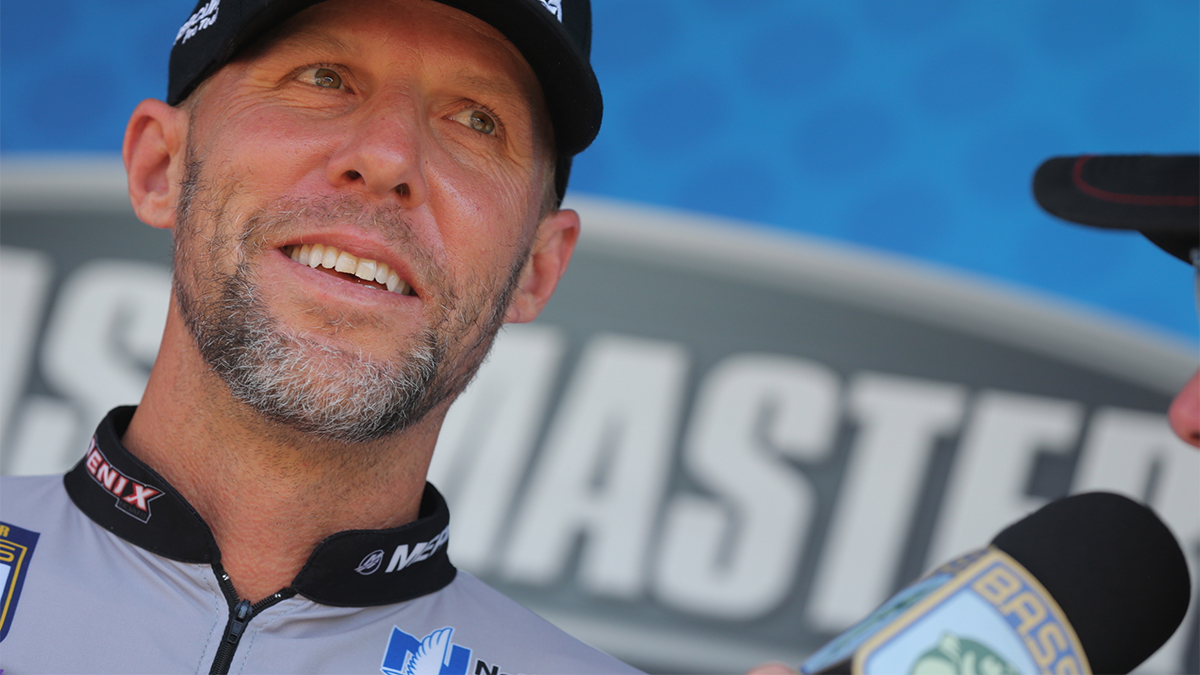 As fate would have it, that November evening talking with Aaron at the Lakeside Boat Ramp spring boarded me into a bass fishing career. I certainly wasn’t good enough to be a professional angler but his advice and pure heart allowed me to realize I had a knack for communicating and teaching. Sure enough, nearly a decade later, I find myself at a media event with no other than Aaron Martens—talk about a full-circle moment.

To my utter surprise, that man remembered me. Not because I caught a huge bag in the tournament or made some sort of impression on him. He just remembered me. He probably remembered every single one of us who were gathered around his truck that evening. He asked me how I had been, if I ever graduated and if I was married yet.

At this point, I was well aware of who Aaron was, unlike my college days. He was the Hank Aaron of Baseball. The Joe Namath of football. The Peyton Manning of college football.

It was Aaron. Freakin’. Martens.

And he remembered little ol’ me. A redneck kid from Georgia just trying to chase a dream.

After we worked together all week making Wired2fish content, there was a small fun-fishing tournament on Friday morning before we all headed home. Aaron and I decided to fish it together just to have a little fun. No pressure, right? I’m just fishing a derby with one of the best anglers to ever touch a fishing rod.

We were all staying at some motel that week and to be honest, I couldn’t sleep that night. I don’t care if I sound like a nerd or not but I was absolutely jacked up to fish with Aaron the next day. I couldn’t imagine the fishing lessons I was going to learn.

As I was having trouble sleeping, I got out of bed, turned on the TV and started pacing around to pass the time. I eventually walked out to my truck at 1 a.m. to grab my phone charger and Aaron was in his boat with a headlamp strapped to his forehead, rigging tackle for the next day.

Knowing he was a tackle aficionado, I figured that might just be his normal behavior. I kind of shrugged it off and went back into my room.

I finally fell asleep and around 3 a.m., something woke me up. I heard something outside my motel room so I cracked open the door to scope things out. It was Aaron. He was sitting on the front deck of his boat, headlamp still on, rigging rods. I threw a shirt on and walked outside to make sure everything was okay. His response will always stick with me.

“Yea, bro,” he said. “I’m just rigging your rods. I want to make sure you have a good time tomorrow, so I’ve been making sure all of your stuff is perfect. We’re gonna catch a bunch of fish. I can’t wait.” 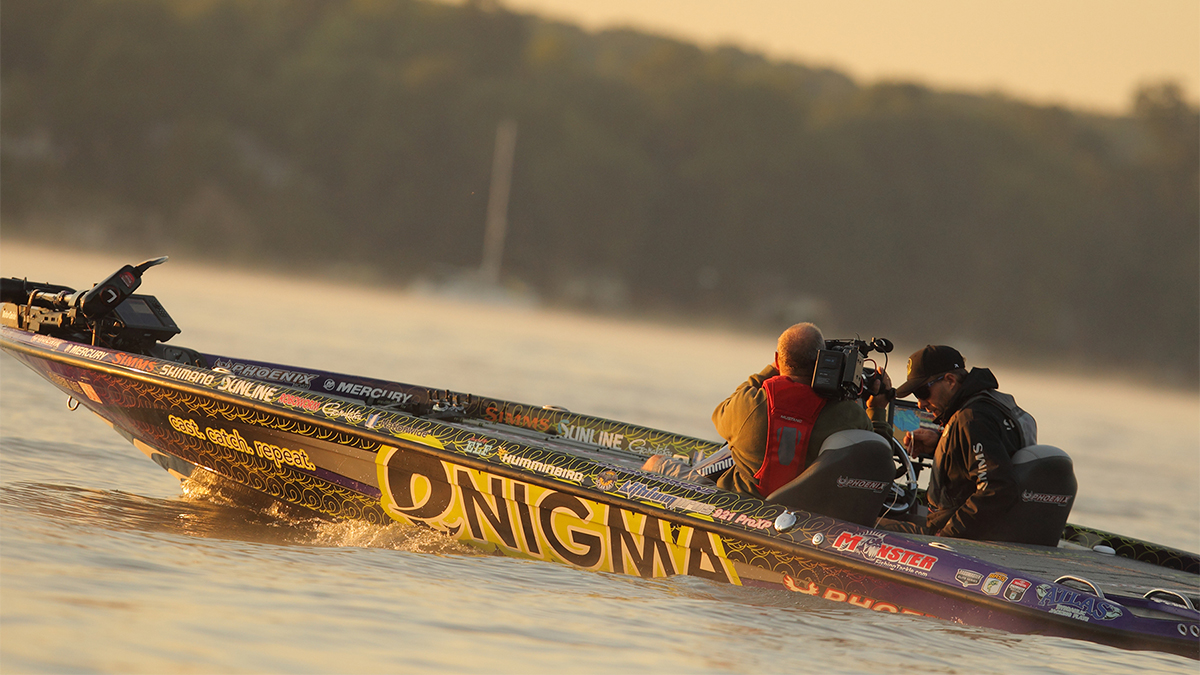 Over the course of my career, Aaron and I became friends. We didn’t hang out and eat supper like many of anglers’ tributes you’ve read on social media. But I liked him and he liked me. We trusted each other, which is a big deal in this fairly small industry. I knew he’d never do me wrong and he would say the same about me. It was always such a great feeling knowing Aaron was going to be at a work event I was going to; it gave me something extra to be excited about.

One afternoon, we had to go tour a soft-plastics factory for a work deal we were attending. As we were walking through the warehouse, Aaron noticed a little girl tagging along with the tour. She was maybe 8 years old or so and looked totally bored with the process. I think she might have been a daughter or granddaughter of one of the company owners but I’m not totally sure.

Aaron, not having the longest attention span at times, walked over to this little girl in the middle of the tour. Again, this is one of the biggest bass-fishing stars on earth. He lightly tapped her on top of her head and said, “Tag! You’re it!”

That little girl’s eyes lit up as Aaron started running and zigzagging through the warehouse full of bass baits, giggling and looking back to her screaming, “You can’t catch me!”

The whole tour stopped. Yes, we were tired after a long week on the water. We were hungry. We were sunburned. We were sore.

But not a soul was mad. Not a soul was irritated. We all stopped and smiled, some with small tears puddling in their eyes. Because we knew Aaron. We knew we were in the presence of a special, once-in-a-lifetime soul. Work didn’t matter for those few minutes. In hindsight, it’s almost as if we knew we’d miss this one day. It was as if we knew, if only for a few short moments, that we were going to remember that game of tag for the rest of our lives. As Aaron and that little girl chased each other through that warehouse, he made her feel special. He had that special ability to make people—anyone—matter when they needed it most.

He also made us feel special. We felt special because we were able to see one of the most naturally talented human beings act with such humility and grace. No matter who you were, you mattered.

That was Aaron Martens.

To Aaron, fishing was all of those things. Fishing was more than just fishing.

To little ol’ me, fishing has been a vessel for me to meet one of the most sincere humans to ever grace this earth.

Thank you, Aaron. I’ll miss you.