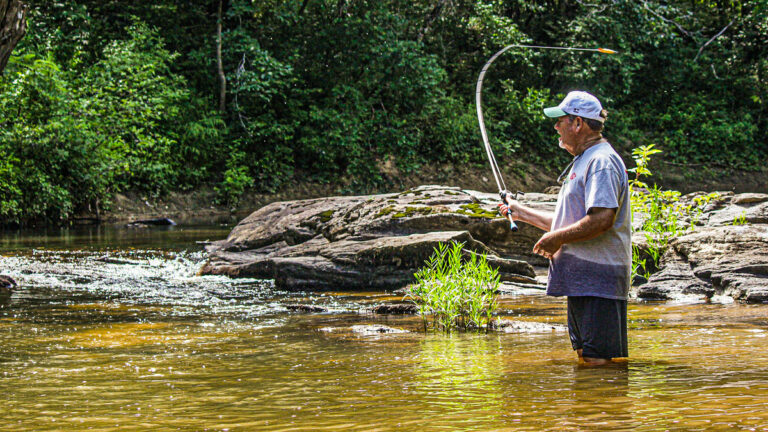 I recently went on a stroll down memory lane with my dad as we waded our way along an old winding creek. Dad’s name is Ricky Baker, but it don’t much feel right calling him that, so we’ll stick with dad whenever I reference him or one of his stories throughout this piece.

Dad decided to bring with him just a handful of antique lures, though he’s probably accumulated a half-million dollars worth of tackle since he first started fishing in the 60s. Nostalgia has a funny way of tugging on the heart strings of a man though and it’s had him yearning to put these old plugs to the test again lately.

So we set out down the creek with another buddy. As dad wound up to make his first cast, the muscle memory kicked in while his mind was otherwise occupied by the rush of a dozen old memories. Dad’s eyes lit up as he was transported back through time to throwing some of these lures for the first time in his boyhood… the highs, lows and hijinks of it all came rushing back with each cast.

Tales of another time

Most of these stories I’ve heard a hundred times before. But thank God I have the presence of mind at 35 to let my dad tell his stories, knowing how much he’d love to hear his dad tell his one more time.

I listened on as he recalled stories of three-hooked Creme worms and Shyster spinners.

“Because that’s all we had.”

Cutting grass two or three times allowed him to buy a $2 Tad Polly or Lazy Ike at one of the three general stores in the area.

“There was no Walmart back then.”

Each store had a glass case housing the small artificial lure selection it had on proud display, the glass no doubt having to be regularly wiped clean of fingerprints and nose-shaped smudges as dad and his buddies strained for a closer look between hard-fought purchases. 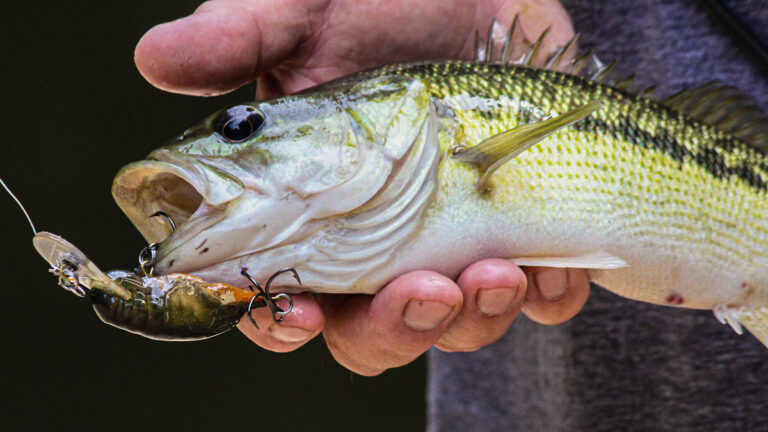 One of my favorite stories contains a little something I’m in no way a proponent of this day and age, nor is my dad; that being catch and release in the grease. But you have to understand, it was a different day and age back then.

Kids didn’t get whatever they wanted, whenever they wanted it. They got one pair of shoes, maybe once a year. Hand-me-downs were the name of the game as you could just about bet on what your new wardrobe would look like by eyeing the outfits of your nearest relative in age.

Times were tough back then for the adults but the kids hardly knew it, only wising up in later years as they looked back on what their parents must have gone through to provide. Kids are resilient, though. Through their eager eyes, adversity is often viewed as opportunity if kids are allowed to face a little of it now and then. That’s how this story started.

My dad was a young boy at the time, maybe 7 or 8 years old. It was late in the day but he was wanting to go fishing. Though his mom wasn’t having it, his grandad was all for it; he wanted dad to go catch him some fish to eat. So dad did what kids do… he kept asking until he got a “yes”.

“If your mama says anything, I’ll tell her I sent you up there to get dinner,” dad recalled his grandfather saying. “I asked, ‘are you sure’? But by the time he said ‘sure’, I was already gone.”

Dad peddled his bike as fast as it would go down the quarter-mile of road that separated his granddaddy’s house from Mr. Hugh Webster’s old pond. The empty basket on the front of his his bike bounced along as he went, full of nothing but hopes and dreams at the moment. Dad, however, planned to soon change that.

“I fired that Hula Popper out there just before dark,” Dad said with memories flashing in his eyes as he made the sound of the old topwater chugging along the surface.

Dad put the fish on a stringer and secured it to the bank. He made a few more fruitless casts, then another 4- to 5-pounder.

“They were two big ol’ jokers,” Dad said. “I caught two or three more and threw them back. Then put those first two in my basket and came wheeling back into the house.”

His grandad was surprised to see him back so soon and reminded dad that the plan was for him to bring back supper. Dad told him to come outside and look.

Dad was the hero that day as the family ate well that night. A young boy standing tall with his chest thrown out and an angler hooked forever on the pursuit of tricking a bass into biting a chunk of well-crafted wood, plastic and metal. 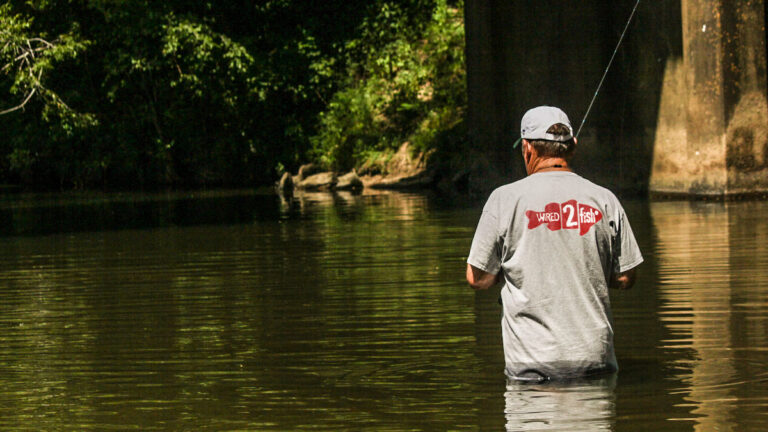 I’ve heard a couple dozen more stories since then, a few hundred more over the years… but that one’s always my favorite. There’s a contagious passion that comes with fishing; something primal to it, almost. Even today as I practice catch and release on every public body of water I go to, there’s this sense of accomplishment each time I catch a fish and toss it back, knowing that if I really had to, I could have eaten that day.

The sport of fishing is a magical thing. As we sit there and try to lure a bass in, we hardly see the well-baited hook we’re nibbling on ourselves. Then pretty soon, we look up decades down the road and realize we’ve been hooked ourselves for years by this precious pastime.

The moral of the story 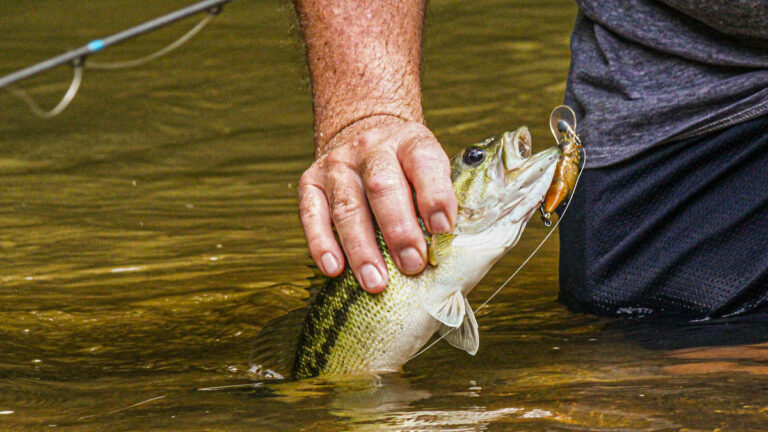 Let the older anglers tell their tales and make sure you’re making some memories of your own to embellish some day. Fishing has gotten pretty competitive and a little stale for a lot of us. It’s easy to lose appreciation for the allure of it all that brought us to this sport in the first place. I know I have at times.

Remember that fishing is supposed to be fun. If it’s not for you lately, you’re probably doing it wrong. Grab you a rod and a reel and a young kid who has never been before. Head down to a pond or creek and just see what it’s like for someone to feel that tug for the first time again. Hopefully nostalgia will kick in for you too and you can take a much needed stroll down memory lane as well.

Take it from me, it’s a stroll that’s dang good for the soul.