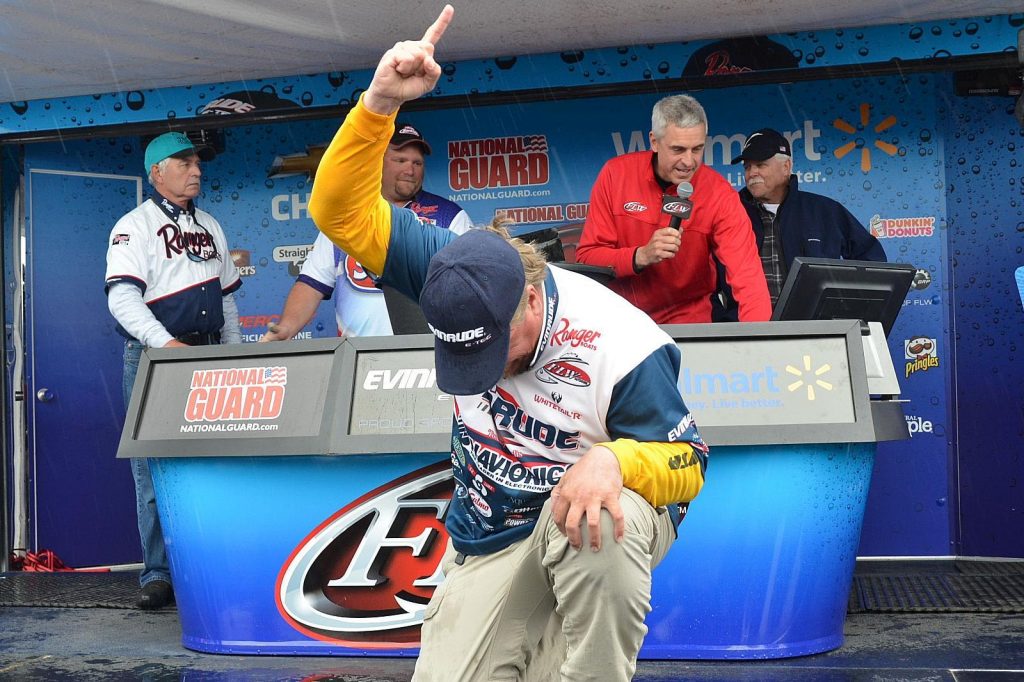 It’s with a heavy heart that we announce the passing of legendary professional walleye and crappie angler and fishing personality Tommy Skarlis. Our owners, Scott and Marty Glorvigen competed against Tommy Skarlis in professional walleye events over the years, and all of us at Wired2fish that were friends with Tommy are crushed for his wife, sons and friends over the news early this morning.

Skarlis was a regular fixture in professional walleye tournaments and was inducted this spring into the Freshwater Fishing Hall of Fame. I met Tommy my first spring working for FLW in 2005. He came up to me with a beaming smile and saw me holding a camera and said, “You’re going to be taking my picture a lot, so we should get to know each other.” He had that infectious outgoing nature that made you either loathe him or love him. Suffice it to say the angling community as a whole loved him and fishermen are better now today for having known him.

Here is their press release about his induction that best sums up what he meant to the fishing community:

Tommy Skarlis is often described as one of the most versatile anglers on the planet. Most notable sportfishing anglers are stereotyped into a single category, such as angler, guide or communicator. He’s a touring walleye and crappie fishing professional who enjoys hooking panfish through the ice, bass in the backwaters and walleyes on the massive Great Lakes. His charismatic, acute ability to share this multi-species knowledge with others makes Skarlis even more significant to the outdoor world.

An Iowa native, Skarlis began fishing at age three. He honed his fishing skills on the Mississippi River, along with the small lakes, farm ponds and expansive reservoirs throughout the Midwest.

Skarlis’ knack for stalking walleyes turned into a tournament fishing career in 1991. From 1993 through 1998 he fished the Masters Walleye Circuit (MWC), and along the way, he earned many high honors. In addition to qualifying for the championship eight-out-of-eight times, he won the event once on Big Stone Lake, MN.

In 1996, Skarlis joined In-Fisherman’s Professional Walleye Trail (PWT). He thundered through the circuit, winning the prestigious “PWT Angler of the Year” title in 2004, snatching 17 top-ten finishes, capturing several “Big Fish” awards and qualifying for the PWT Championship 13 straight times. Skarlis earned the nicknames “Mr. Erie” and “Mr. April” by winning the first PWT event in 2001 at the Detroit River, and in 2002, at Lake Erie.

In 2008, he won the most prestigious title in walleye fishing – the FLW Walleye Tour Championship. Skarlis has qualified for over 40 national championships and is one of the hottest tournament anglers in the history of competitive sportfishing. Skarlis was named one of the Top-Ten Anglers on the planet by Outdoor Life magazine.

He later tried his hand at professional crappie fishing, and in 2013 won the Crappie Masters National Championship on Grenada Lake. It was no surprise he found immediate success there as well. He was a transcending angler, with an infectious smile that was larger than life. He was loved and will be truly missed by all in the greater fishing family.

Scroll past the pictures and I’ve added some of the fishing community’s tributes to Tommy. 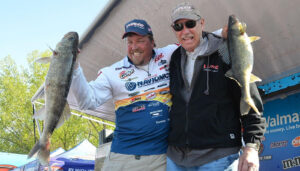 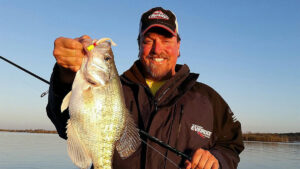