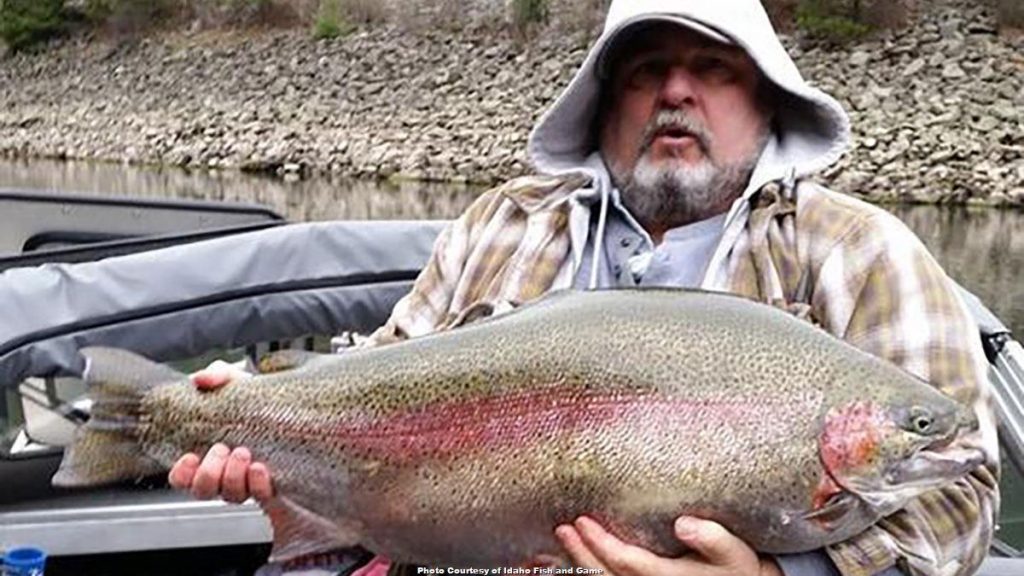 This is usually the time of year we start getting reports of big fish being caught. Something about the cold weather brings out giant fish! But rarely do we get reports of rainbow trout catchesâ€”especially of this caliber.

According to a story on KTVB.com, Larry Warren caught a 28 poundâ€”yes, you read that correctlyâ€”rainbow trout in the North Fork of the Clearwater River in Idaho. While many anglers would keep the fish in order to certify such a record catch, Warren turned the behemoth loose alive and well. A great example of catch, photograph and release!

The trout was 8 pounds heavier than the existing state record, but it reportedly will not count because it was released before certification. Eclipsing a record in such a manner is nearly unheard of in the fishing community.

Congratulations on an amazing catch, Larry!