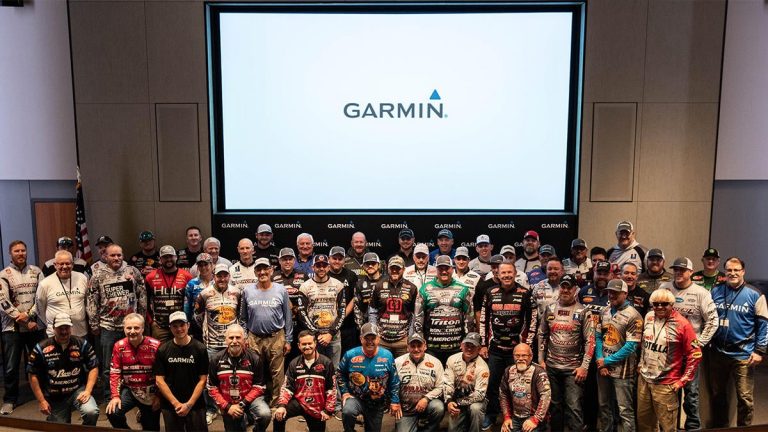 Garmin International, Inc., a unit of Garmin Ltd. (NASDAQ:GRMN), the world’s leading marine electronics manufacturer, today announced the addition of six professional anglers to its 2020 Marine Pro Team. The new additions will round out the team of nearly 80 professional bass, walleye, and crappie fishermen who will represent Garmin in tournament circuits across North America, including the B.A.S.S., FLW and the Major League Fishing (MLF) tours, and on television shows across the country.

“Although new to the Garmin team, these anglers are no strangers to the sport and we’re honored to have them round out the team of leading pros and legends representing Garmin in the inland fishing industry,” said Dan Bartel, Garmin worldwide president of consumer sales. “These men and women chose Garmin because of our quality of products, innovative technology and reliable service, and we’re excited to be a part of their success on the water.”

The 2020 pro team will run Garmin electronics on their boats and during tournaments, television shows, and in public appearances. They’ll be equipped with state-of-the-art electronics, technology and maps, including the ECHOMAPâ„¢ Ultra 10- and 12-inch touchscreen chartplotters that come preloaded with Garmin’s latest and most detail-rich LakeVÃ¼ g3 maps that blend the best of both Garmin and Navionics content together to deliver unparalleled coverage, detail and convenience. The ECHOMAP Ultras feature built-in support for Garmin’s crystal-clear Ultra High-Definition scanning sonar as well as the award-winning Panoptix LiveScopeâ„¢ series. For a live, real-time look at structure, bait and fish swimming below and around the boat – important for not only finding the fish, but also observing their behavior – the team will be running the Panoptix LiveScope System, winner of the 2018 ICAST Best of Show.

Nearly all of the pros will also be outfitted with the Garmin Forceâ„¢ trolling motor, the most powerful and efficient freshwater trolling motor on the market today2, and the 2019 ICAST Best of Show champion. Thanks to its unique brushless motor, Force operates at either 36V or 24V with almost undetectable levels of sonar and motor noise both below and above the water. It wirelessly integrates to a Garmin chartplotter, and the built-in autopilot with integrated heading sensor and GPS provides anchor lock, heading hold and cruise control.

Garmin was recently named Manufacturer of the Year for the fifth consecutive year by the National Marine Electronics Association (NMEA), an honor given to the most recognized marine electronics company for support of products in the field. Garmin’s portfolio includes some of the industry’s most sophisticated chartplotters and touchscreen multifunction displays, sonar technology, high-definition radar, autopilots, high-resolution mapping, sailing instrumentation, audio, entertainment and other products and services that are known for innovation, reliability, and ease-of-use. Other Garmin marine brands include FUSION ® Entertainment, Navionics ®, and EmpirBusâ„¢.