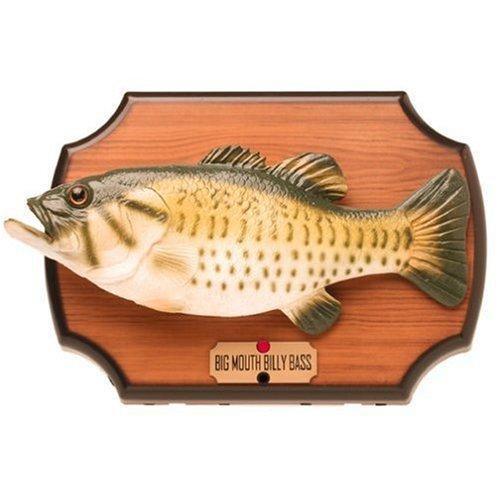 According to AOL.com, a would-be robber broke into the Hooked on Fishing Tackle Shop in Minnesota but was thwarted by a novelty gift. The Big Mouth Billy Bass was arranged to be triggered by the door opening. The motion sensor in the fake fish detected the intruder and began singing one of the novelty songs in the unit. The burglar was alarmed and fled the scene before he was able to rob anything although he did do $700 of damage to the door trying to break in. And you thought those were just cheesy, laughable fun gifts. Who know they could thwart crime.
Next