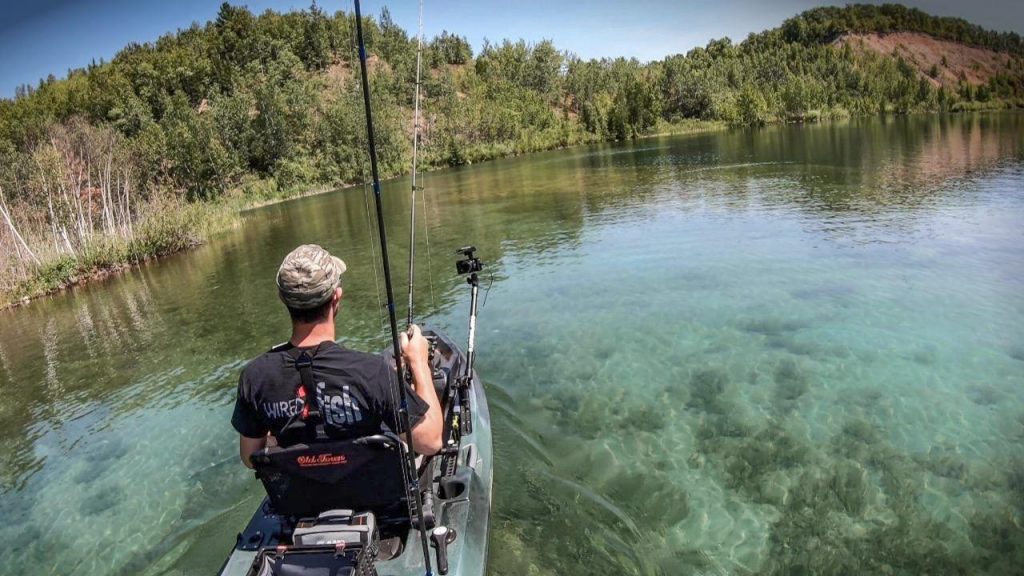 The urge to explore new fisheries eventually yields incredible fishing. Wired2fish’s McKeon “Keys” Roberts found himself a “gem” by doing some late-night map reconnaissance and taking his kayak out on a bass fishing mission on an abandoned iron ore mine. Going light while remaining fully equipped allows Roberts to find fish on new water quickly. For this mission, he prepares his kayak and a handful of proven tactics and lures. Ultra-realistic Ned crawfish and creature bait plastics prove highly effective in the gin-clear water.

A little background. Once upon a World War II, American had an unquenchable thirst for steel, and a mining industry was born. Many deep open-pit mines eventually struck groundwater and left miners scrambling to evacuate. Once the water settled, the giant artificial holes filled with crystal clear water and were void of life.

Eventually, locals likely put some bucket biology in place, and limited fish species began to take hold. Not much is known about the fish communities of these pits, so they’re overlooked by most anglers. Incredible depth and private property are also angling deterrents. Rising water has extended the perimeters of many onto public land, leaving the water accessible via primitive means for the daring.