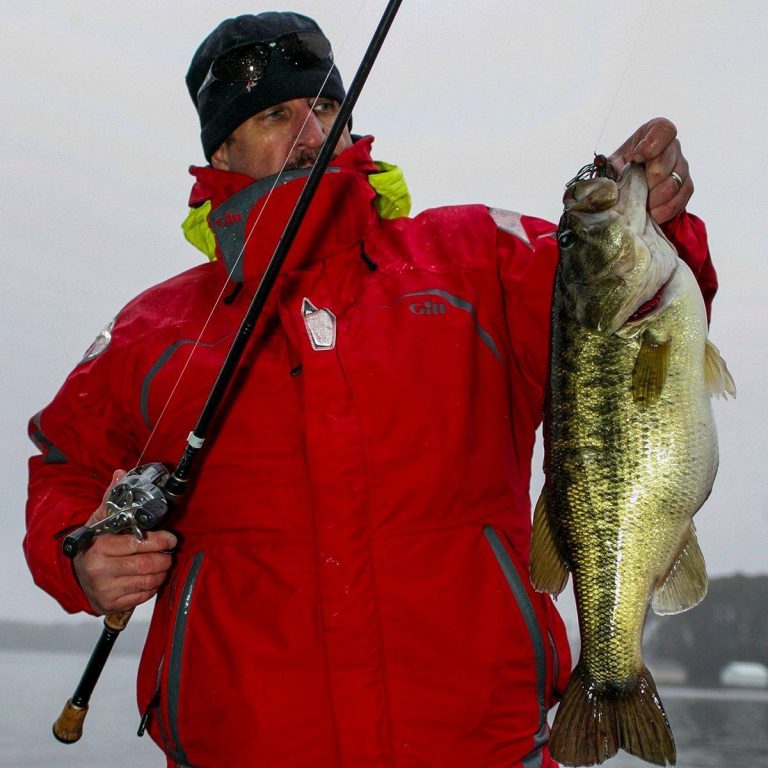 Greeted with snow on day one, sunny bluebird skies on day two and three, downpour cold rain on day four and a severe cold front on day five would make even the most die-hard anglers shutter and think they were in for tough duty. Confidence in water temps, wind direction, bass staging position and bait selection proved effective last week at Guntersville, and we caught them even with changing conditions. Sometimes it’s not so much what happens above the water but more importantly what’s going on below the water that can make all the difference in the world. It’s all about putting the puzzle together, and this week, I feel like we did.

This was the first time Jason Sealock and I had shared a boat. Catching more than 25 pounds on that first day sure gives you a shot in the arm. That is for sure. Jason handles the stick like a pro, and we talked throughout the day playing this like it was a team event. “Let’s move up.” ”We need to back off.” “You keep throwing the jig, and I’ll switch up.”  Fishing with a buddy can be a bit competitive, but at the end of the day, it’s about figuring the fish out and learning. Jason and I did that.

We started day one on a road bed and moved because of the wind, depth and water temps. We moved to an outside channel swing on a major creek, and even though it was sleeting and snowed a bit, we sacked them up. A 7.1, 7.0, 6.1, and several in the 4 to 5 pound range were all caught on a 50-yard stretch. Knowing we had the right bait and the right depth plus a little bit of SLOWING down and working every rock was critical. This bank was a prime spot for crappie as well as we saw several boats catch some nice slabs fishing parallel to the drop.

We started with a Spro McStick on a shallow flat close to the channel swing. We caught three or four smallish bass (1-3 pounds) but used that information to put more of the puzzle together. If the small fish were up, would larger fish be down a bit? We agreed that we needed to follow a contour that ran from 6-8 foot on top to 16-23 feet where the boat was positioned. By fishing a 1/2- and 3/4-ounce Jewel or Heavy Gator football-head jig on every rock, we were able to pick that area apart. We went back and forth on that one stretch multiple times as we felt these bass would replenish.

Near the end of that crucial bank, I made a comment to Jason: “We will catch a big one in this next stretch.” He agreed, as the depth dropped from 6-8 feet on top to 14-15 feet and brush there was plenty of brush. We caught a 6 and a 7 out of one brush top within 10 yards of each other.  Now that gets the juices flowing!

The second productive bank, where we fished the final day, and caught 50 plus bass had the same characteristics  — channel swing, 11 to 20 foot deep, with plenty of rocks, and it was protected from a cold north wind, facing south. Water temps were a bit warmer, and the fish had moved in deeper into the creek, We worked this as a team too.I continued to throw the jig with a large Big Bite Baits Fighting Frog trailer, and Jason switched to a Texas-rigged Zoom Brush Hog he had rigged up the night before.

“I fish the Texas Rig a lot on Kentucky Lake in these conditions and the bass seem to like it,” said Sealock that morning. Like it they did. We started on this bank at 8am, and by 8:45 we had a limit of bass and two over 4 pounds. I didn’t get bit as often as Jason with my jig but felt we needed to have a big bait going to compliment the “smackdown” Jason was providing on that plastic. I also caught several bass on the Strike King Rage Craw and Rage Lobster but the Brush Hog was the deal. The bottom of the boat had many “used Zoom Hogs” piled up, ready for the trash.

In retrospect, we had an outstanding week. Great photos, great friends, ate too much and a pile of bass … it doesn’t get any better than that.

On a concerning conservation note:

We caught more line, sinkers, baits and trash while fishing Guntersville than any lake I have ever been. We caught 50-pound braid, weight filled mono, three-way rigs and much more. Jason even caught three good baits, and I was the lead and line retriever. For the future of the sport, don’t throw old line, discarded plastic or trash into the water … what a mess. 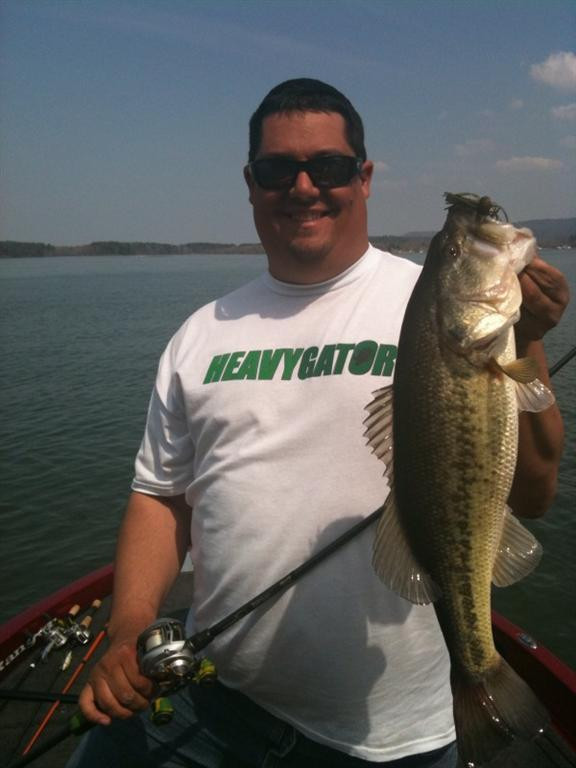