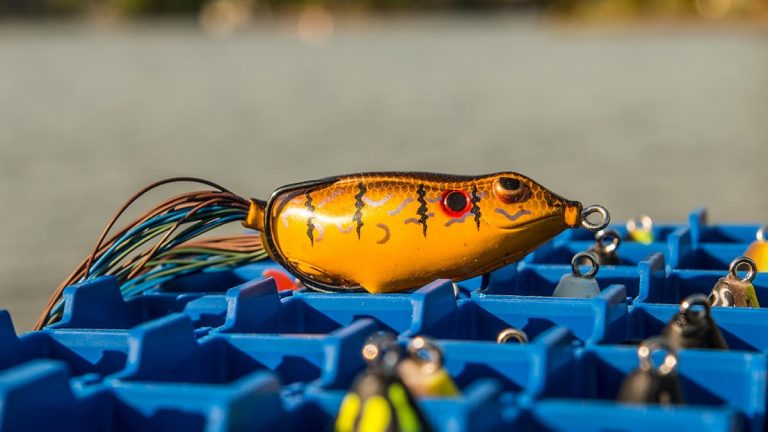 Frog fishing for bass is here in many parts of the country. As the waters warm and the bass make their annual shallow-water push, these hollow body frogs are an excellent choice for fooling larger-than-average bass. If you can stick with ’em and stay patient this time of year, it’s totally possible to catch your personal-best bass on these popular topwater baits. When a big one eats these things, it looks like someone tossed a cinderblock in the water. That’s no exaggeration.

With that being said, I was in my shop the other night listening to some music and getting my froggin’ gear ready for the upcoming week. Because it had been too cold for a good frog bite lately, I had my old frog box on a shelf and not in my boat; I hadn’t touched it all winter. As I went to grab the box and open it, I was pretty ticked off at myself to be honest. I had about $100 in frogs that, in my opinion, were now not fishable. I stored ’em in a regular tackle tray and I guess I put too many in there because there were bent legs, warped bodies and all kinds of issues going on. It was money straight down the drain.

I started looking around my shop and brainstorming for a better way to store my frogs; they’re a big part of my lineup for most of the year so it’s important I take care of them. After some looking, it finally clicked. I found a box that’s a dang good option for storing my favorite frogs. I wanted to make sure to share it with everyone in case you’ve run into similar issues in the past.

The first problem with my previous storage method 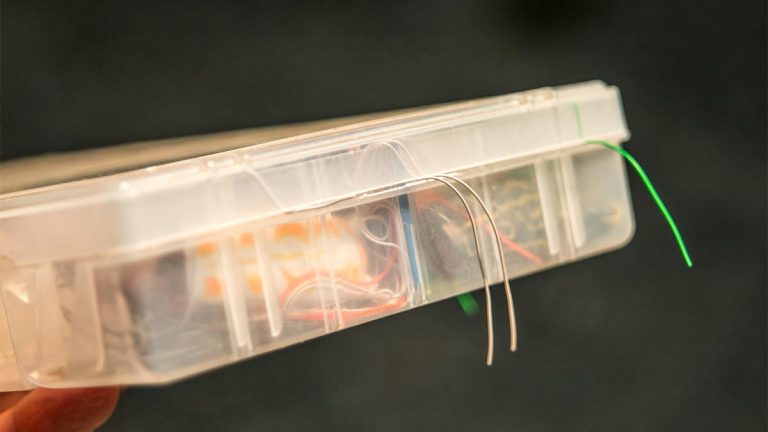 I don’t know if you’re the same way but my boat looks like crap after a day of bass fishing. I’m spitting soft-plastic chunks in the floor of the boat, cutting baits off and throwing ’em in the corner and stuffing discarded line in the cooler or any other nearby compartment. I recently had a frog melt into the carpet of my boat. That was pretty neat.

Essentially, I’m a very fast-paced fisherman. So when I change frog colors or types, I cut ’em off, stuff ’em back in the box and latch it closed. I don’t really think too much about it. I’m just ready to get back to fishing.

The issue with traditional tackle trays is that they tend to pinch and crimp the legs of your frogs, as seen in the photo above. I suppose you could be super careful on the water when you’re putting frogs into them but honestly, I don’t think many of us are going to go through that hassle while we’re trying to fish.

These crimped legs aren’t a huge deal for short-term storage, but if you’re like me and let it happen for an entire offseason, it will ruin your frogs’ actions the next time you fish them. It has happened to me for years and for whatever reason, it didn’t click for me until a few nights ago.

The second problem with my previous storage method

I’m a shallow-water guy and due to my location, I can throw a frog for about eight or nine months each year. Because of this, I own roughly one million frogs. I’m joking of course but for real… I have a bunch of dang frogs. I might have a problem.

The issue with having this many frogs is that I want to bring too many each time I go fishing, so I’ll stuff a pile of ’em into my tackle tray before I hit the water. The traditional tackle trays, however, don’t have much of a concave lid which smashes the frogs together.

Again, this isn’t a huge deal for short-term storage but I can promise you this will ruin your frogs’ body shapes if you leave them like this for more than a few days. Just look in the trash can in my shop for proof. 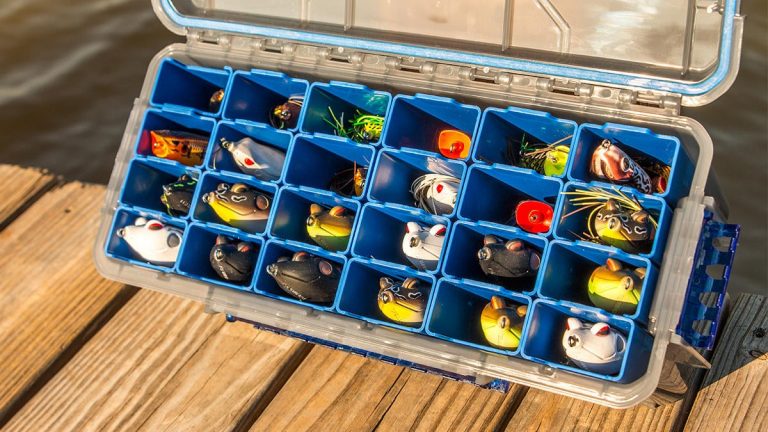 I got a few Flambeau ZERUST MAX Crank Bank boxes last year for my crankbait addiction; they do a really nice job of keeping my favorite plugs secure and safe throughout the year. I had an empty one, however, just sitting on one of my shelves the other evening.

The lightbulb clicked and I thought to myself, “If these dang compartments can fit some frogs in there, it’s game over.”

Sure enough, they fit. I’ve tinkered with them a bunch recently and here is what I’ve liked so much about storing my frogs in them.

The drain holes are a big plus for frog storage 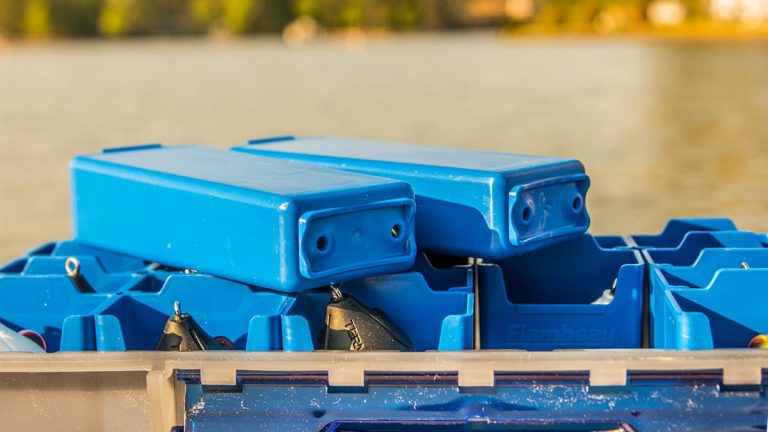 Hollow body frogs are… wait for it… hollow. So unlike a crankbait, jerkbait or treble-hooked topwater plug, they tend to hold residual water once you’re done fishing with them. The legs hold water and unless you go crazy squeezing the water out of the bodies when you’re done fishing, there will be water inside of most frogs as well.

Once you put these frogs in storage and knock ’em around in the boat for a while, the water will eventually seep out and pool in the bottom of a traditional tackle tray. I have dealt with a lot of rust issues in the past due to this.

The cups of the Crank Bank actually have two drainage holes on the bottom which, in my opinion, is an awesome feature for frog storage. I can’t tell you how many times I’ve picked a frog out of a tackle tray only to have the legs disintegrate from dry rot. I’m definitely not smart enough to know, but I imagine residual moisture has something to do with that issue.

I’m pretty happy I tried this

I don’t know about you but it’s a really satisfying sight to see all of your favorite frogs lined up in such a neat matter. To know that they’re all going to be in perfect shape when I’m ready to tie them on is an even better feeling.

I don’t know if the folks at Flambeau designed this box to be used with frogs but I’m sure glad I tried it. If you’re a shallow-water frogger and are tired of crimped legs and warped bodies, give this a try. I think you’ll really like it.