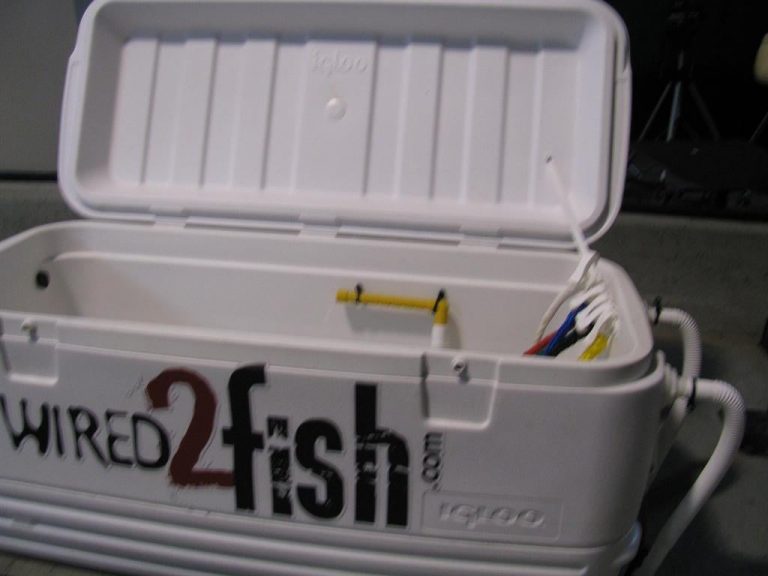 We have finally gotten down to the home stretch on completing our Ranger Banshee 16’8 and we are now fine tuning the “old girl”. After several trips to the lake there are some small items we have added to sweeten the pot. As it is with most projects like this one, tweaking is the best part of the job. My wife calls me the “King of Piddlers” and I take that role very seriously. Nothing is ever perfect and for sure nothing is ever exactly the way I want it.

As we discussed the electrical set-up  last time I forgot to mention  one thing. Build in as much flexibility in your design  as possible. You never know when you might want to add an accessory or have to change out a component. Building in flexibility is crucial to making this an easy job.

A case in point is I wanted to add some Bluewater LED bling to the boat. I already had some functional Bluewaters planned for in the design but I wanted my instrument switches all centrally located. I need to make sure I had enough panel room for at least one more switch and maybe two. By positioning the switches and planning I had more than enough room for the additional light switch.

As I mentioned I added two while LED strips to the rear of the boat that served two purposes. One is to light gas tank, bilge and pump in area and the other was position them high enough to shed light on the driver and deck. The driver serves as a beacon when running in late for evening tournaments and the extra light works great for reading scales at after dark weigh-ins.

Two Bluewaters were not enough. The lighting was efficient and function was perfect but I wanted some bling. I ordered a 34 foot  green strip for the entire gunnel and rub rail all the way around the boat. I have it positioned on the inside of the rub rail to light the interior of the boat. Not only does it look cool but is perfect for moving around in the boat, tying knots and changing tackle, and it also makes you VERY visible. To say that is an understatement. You can be seen for miles when the lights are lit……even when its very, very dark. I digress…..lets move on.

I wanted this boat to not only work to fish for fun but for small tournaments so that meant a fully functional livewell and recirculation system with overflow and quick pump in. You also have to drain the livewell so it was important to think that through as well.

My livewell is a 120 quart  Igloo cooler with hinged lid. Plenty of room for a large group of fish and insulated to protect the fish from the heat of the day. Note: Having the hinges is very important so the lid remains in place and I also wanted to be able ot lock the lid. This cooler comes with two latches that serve well for this purpose.

Positioning the cooler is important as well. Not only to be able to move around in the boat but to balance the load when the livewell is full. It needed to be in the center of the boat and postioned so plumbing and wiring could be run in the alloted trays below the floor. The drain on the cooler is postioned aft to allow for the water to run into the sump and out the drain hole in the boat.

I have a pump for filling and one for re-circulating with separate switches. The overflow is at the top of the livewell in a 1 inch hose. Wiring for the recirc pump was placed in the overflow to keep unsightly wires to a minimum.

This boat is the cats meow when it comes to trolling motor and electronics. I started with a 24 volt Minn Kota Maxxum US2 Digital trolling motor with built in transducer. This is one powerful unit and has plenty of power to pull this fiberglass boat. I thought about putting a 101 Maxxum on it but that meant another battery and I was against the extra weight. The efficiency of this motor is superb. I can fish all day, even in the wind, and have plenty of battery left at the end of the day.

We also added a 797 C2 Si Humminbird Graph. The clarity and function was crucial but I also wanted to match the trolling motor and the graph. Side imaging is a must for me. I have had it on my Ranger Z’s and felt it was critical on this boat as well. It is like having electric windows on your car and going to cranks……it isn’t going to happen. I also have a comfort level with this graph. Both of my boats are set up the same and when I move from one to the oither  I don’t have to learn new equipment. A second side imaging transducer is needed here and was easily run when doing the wiring. 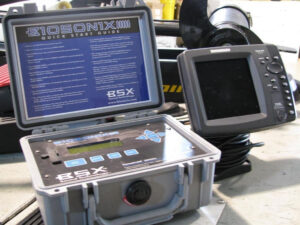 I just added a Biosonix unit to the boat as well. I have seen this piece of critical electronics take a slow day and make it one to remember. I am not sure why it works but I can assure you it does.  I wanted the flexibility to move the unit back and forth from boat to boat so I purchased a second speaker. Now all I have to do is move the unit. Slick deal.

Part 5 will talk about the paperwork, registration and the finished product. I will also go over planned upgrades in this article.