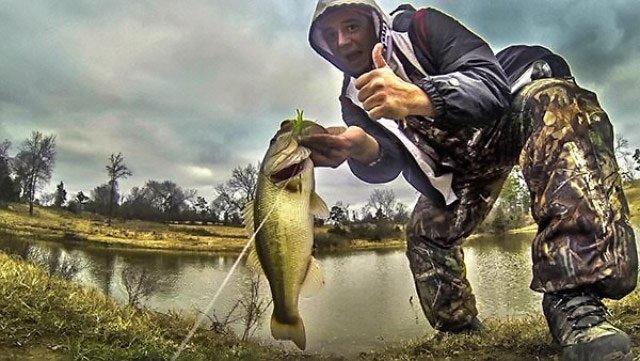 We often get asked for more features on fishing from the bank or fishing in small lakes and ponds without much boat access. That got me to thinking about what makes for good fishing from a boat that maybe limits anglers who are fishing from the bank. So I jotted down a list of things I carry from my boat fishing to the bank when I fish other smaller bodies of water where a boat isn’t needed.

These 7 tips will help you be more successful when you fish from the bank, fish small ponds or fish just about anywhere regardless of the circumstances: 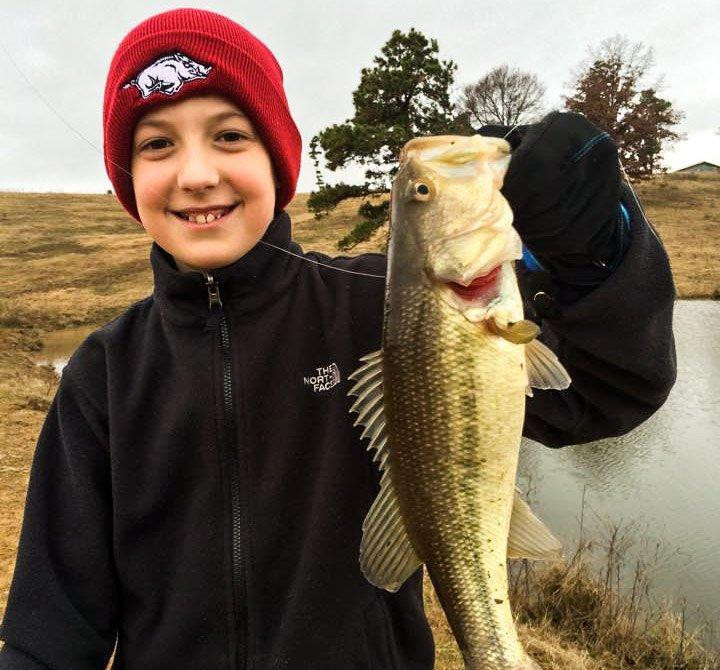 Be where the fish are

I often find, even in the smallest bodies of water the fish congregate in one area sometimes smaller than kiddie swimming pool. And you have to keep casting that one small spot to catch them when you haven’t had a bite anywhere else walking the banks.

The bigger thing is you need to move. Chances are, where you start fishing from the bank may not be where the fish are. So you’ve got to keep moving to new water until one fish gives you a clue as to what you should do.

I think what trips most anglers up is knowing if they should change presentations or move to new areas. Both is often a recipe for success. I will often work down a lake from the shore with one lure, then retie and come back down it with a different presentation. So I might throw a small spinnerbait or grub swimming it constantly. Then when I come back down the bank, I might drag a worm or a jig on the bottom. It helps an angler figure out the mood while continuing to cover water just like in a boat.

There is more than one retrieve

I think when we fish smaller bodies of water we automatically assume those fish will bite the lure regardless of how we fish it. I think many people assume that small bodies of water mean less pressured fish when in truth it’s usually the opposite. In a small body of water, there aren’t as many fish, so the ones that get caught are probably well educated after a few seasons.

On a recent outing this winter, I fished a small, muddy pond with little to no cover. I fished for a while with several lures all around the pond without a single bite. I finally reached for a small grub and even just straight reeling it wasn’t producing. I started letting it sink to the bottom then fishing it with a slow 3-4 handle-turn retrieve and then pause to let it fall back to the bottom.

The fish that had been uncooperative started biting. For the next 12 casts my son and I caught bass after bass with that stop and go retrieve. That day the fish didn’t want to chase or they were feeding on stunned baits in that really cold water. So reeling it slowly and letting it fall produced every bite. And all the bass were congregated in one small area on a small pond. We caught 14 bass from a spot the size of a dinner table out of a pond more than an acre. 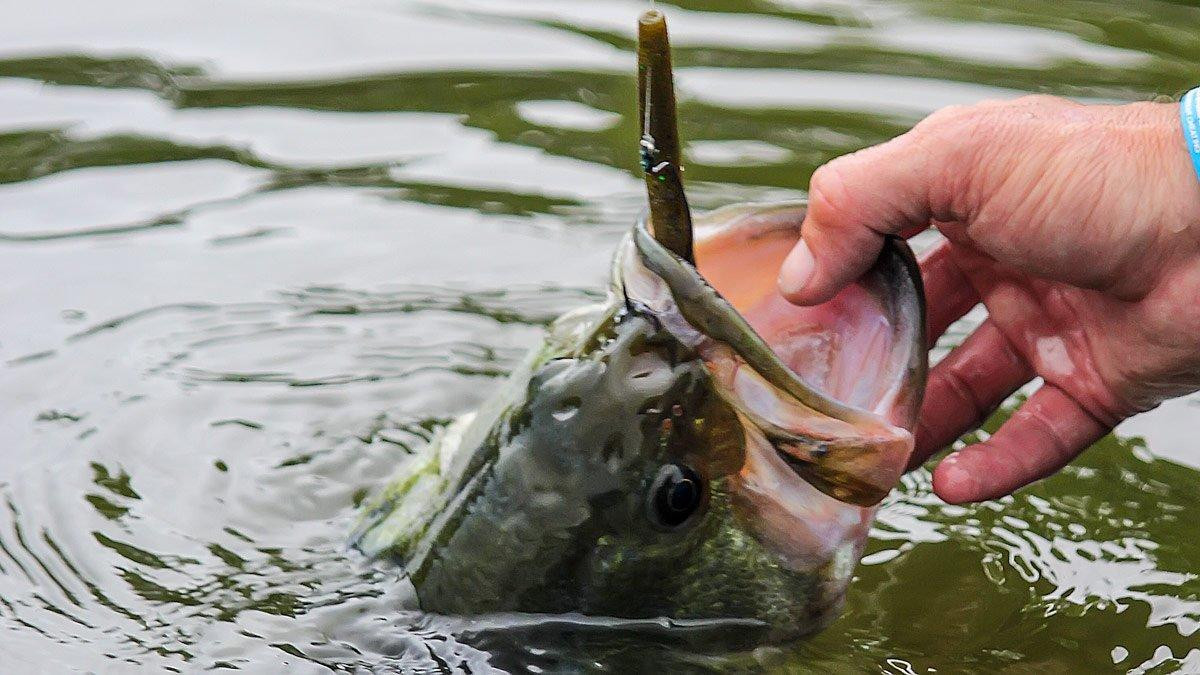 The clearer the water, the more you want to match the hatch. You want subtle greens and browns for craw baits and subtle neutral shad patterns for minnow imitators. But size and profile can change also. Sometimes a big fat wide aggressive moving bait is not as conducive to smaller, clearer waters.

I fish a lot of jigs, swim jigs, swimbaits, grubs, and small plastics like the Biffle Bug and Hard Head combo as well as small spinnerbaits in ponds and small lakes. They look very natural and match the forage you find in those bodies of water.

The one thing about fishing on smaller bodies of water that I’ve found to be true: weather has much more dramatic impacts on the fish. But that’s not necessarily a negative thing. I’ll explain that a bit later. But just know that sunshine will warm a small body of water up a lot faster than a large body of water. That can put fish shallower and make them more active than you think.

It also means if it’s cold they may be a lot more inactive than on bigger bodies of water because there often isn’t a good way to get out of the elements for the fish. They are stuck in 4 feet of water on below freezing days because that’s how deep it is everywhere in a certain small pond. Their alternative is to just not feed. 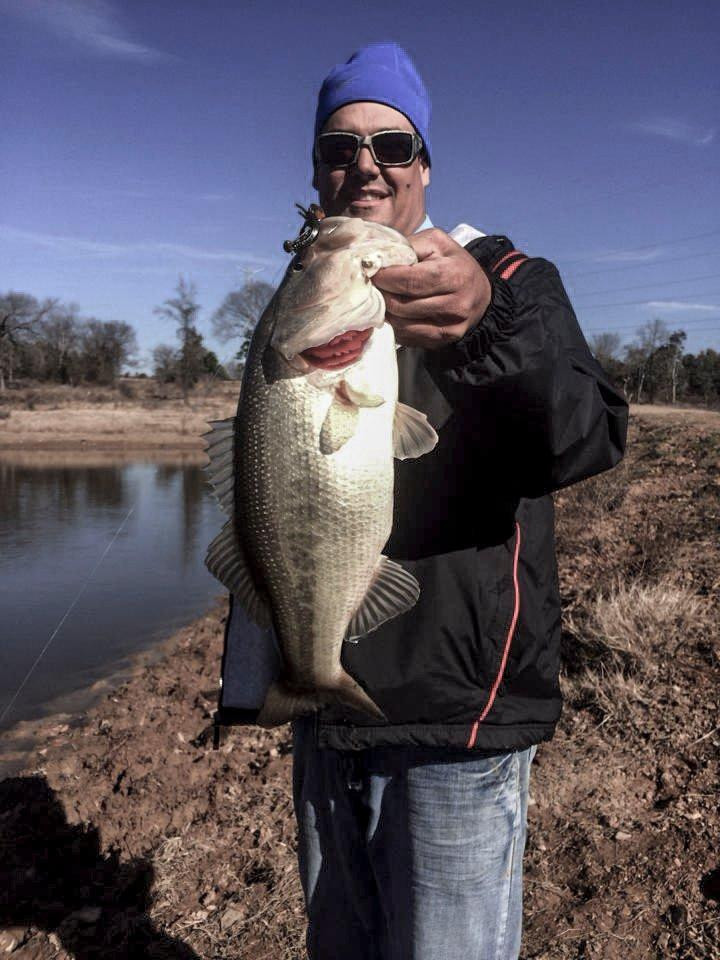 I will often reach for 3-inch plastics, 2-inch crankbaits and small 1/8-ounce or 1/4-ounce spinnerbaits and jigs when I fish ponds, small lakes or rivers. I will throw big baits when I think the body of water holds big fish or there is big forage. But often a small bait will catch big bass on these smaller waters because that’s what those big fish are used to eating. It’s more about the presentation and the action than having to use your standard big bass tackle.

I had a phenomenal day with a 1/4-ounce swim jig and a grub for a trailer on a small lake last year. Winding it through scattered grass got the bass waking across the pond to eat it.

Often when I fish from the bank, I like to use lures I know will work for multiple species of fish. Even if I’m interested in catching one sort of fish say bass or crappie, I find that using lures that attract other fish gives you a good indication of what is going on in a fishery. And sometimes it follows the smaller and natural presentations that are very effective when fishing from the bank.

Lures like small spinnerbaits, grubs, small swimbaits, tubes and other small lures can catch a variety of fish from the bank. Plus it can make an otherwise dead trip a blast. 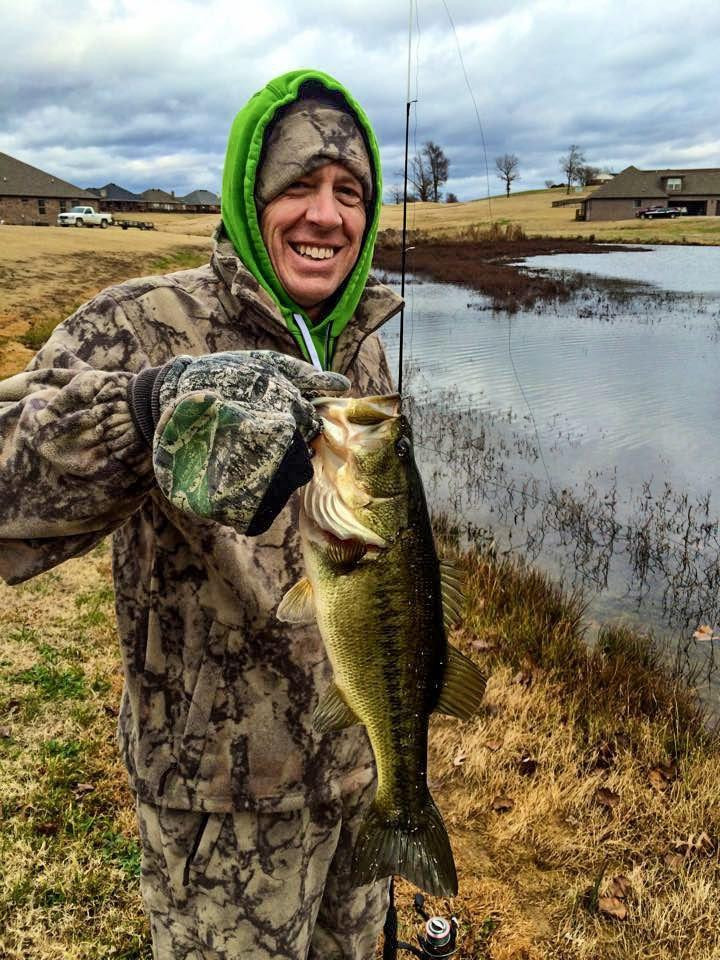 There is no such thing as too shallow

A lot of fish get the shallowest they can in small bodies of water, even in the winter. Some of my biggest and best catches I have seen the water move before I felt the bite because the fish were so shallow they bulged the water when they moved.

This was reinforced for me on a recent trip to a new lake. I was fishing from the bank over Christmas break. I had tied on a Gene Larew Hard Head and a Strike King Lures Menace grub. I started fishing the shallow end of the lake. My third cast in, I’m winding the bait through some shallow dead vegetation and I see a wake coming and then my line starts peeling out of there. I set the hook and nabbed a 7-pound bass. One of the crazier catches I’ve had in my life.

The water temperatures were in the 40s, but that day it had gotten all the way up to 60 degrees and was flat calm with sunshine all day. I believe that shallower water quickly became several degrees warmer than the rest of the lake and the bass slid up there to absorb some warmth. It’s crazy to think you can catch a bass in inches of water in December but you’d be surprised how often that happens on small waters.

The other observation I had there was the fish was so shallow, I couldn’t have reached him from a boat. The boat wouldn’t have made it through the shallows to get to where that fish was. Being on foot was a tremendous advantage on that trip. I had so much stealth and could get in perfect position to dissect a shallow grass bed.

But as you can see when you move to the fish, choose natural, smaller baits fishing a somewhat different retrieves while playing the weather to your advantage on small waters while fishing from the bank, you can actually have incredible catches.