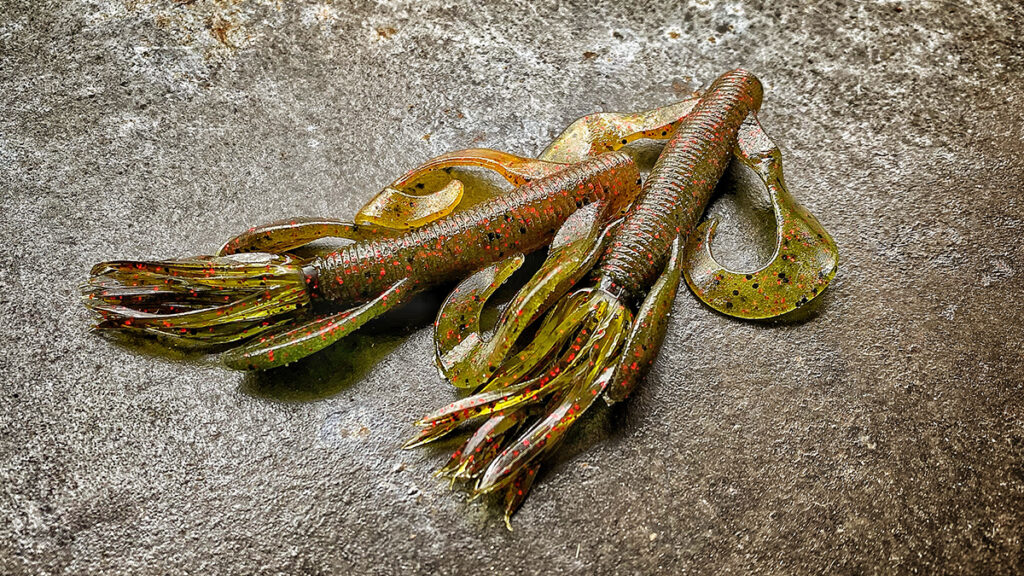 About eight or nine years ago, I was at a work event eating a steak with Larry Nixon. I have always had tremendous respect for him as an angler and as I’ve gotten to know him as a man, I respect him even more. He doesn’t pull punches and if a bait stinks, he’ll flat-out tell you. So when he pulled me aside that evening and gave me a pack of Yamamoto Kreatures, he told me how he thinks it’s one of the best pitching and flipping baits ever made. I was pretty shocked he’d tell a young kid something like that. But sure enough, I put ’em in my back pocket and flew home with ’em the next morning.

After I got caught up on emails that day, I hooked my boat up and went straight to the lake to try these things. Fast-forward almost a decade and I’m still using them nearly every week. This bait offers a bulky profile in a compact package, if that makes any sense. It’s the right size to where it’ll catch both keepers and kicker fish throughout a tournament which is what I really like about it.

They’re a little fragile at times and I’m lucky to get two or three fish catches from each bait but this is one of those things I never go fishing without. I have no idea why nobody talks about this bait but heck, I guess that just leaves more of ’em for me.