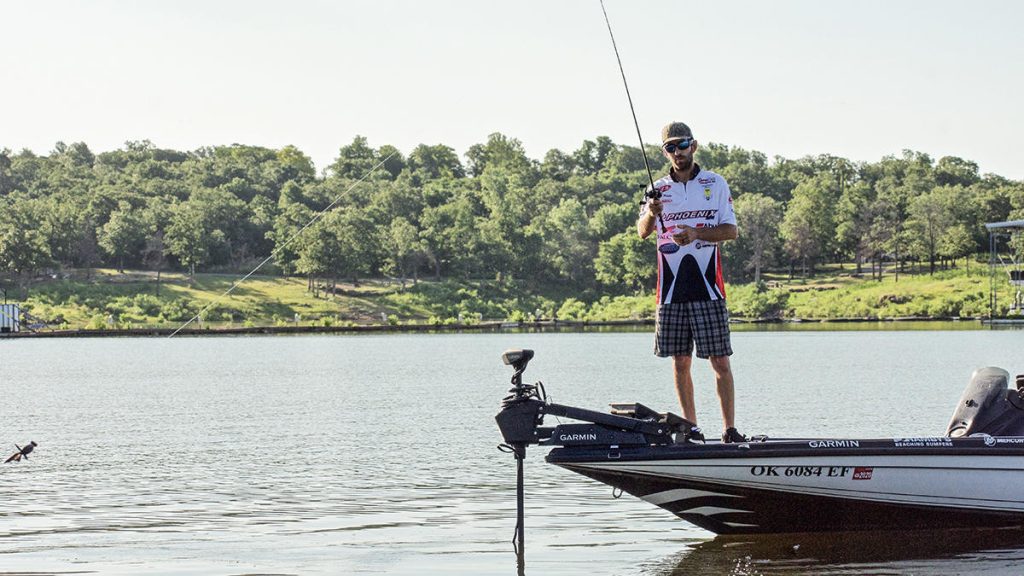 Swinging jigheads, hardheads or wobbleheads as they are sometimes referred to are no longer a secret amongst avid bass anglers. Legends like Tommy Biffle and Mark Davis have shown the effectiveness of this technique time and again, but the chatter on wobbleheads usually quiets as summertime sets in. This is Warren’s favorite time to fish a swinging jighead.

Warren begins utilizing a swinging jighead for shallow bass as soon as he believes they have finished spawning and start to leave the bank. You’ll often hear this period referred to as the post-spawn blues and fish seem to scatter. Some bass start heading to their offshore haunts and fishermen often follow suite, but Warren capitalizes on the fish that remain shallow and in the mid depth ranges.

“In my experience, there is a short period where a large majority of big bass stay shallow after they finish spawning,” Warren explained. “They are post spawn, beat up and don’t want to move very far; but when you find where these shallow fish are holding, they’ll still feed like crazy to rejuvenate their energy before heading to deeper water.”

Warren concedes there are numerous ways target post spawn bass, whether that’s fishing offshore, capitalizing on the shad spawn or searching for an elusive topwater bite. The main reason Warren chooses to target shallow fish with this pattern is they are largely unpressured and overlooked.

“A lot of anglers unknowingly leave a huge percentage of these fish alone,” Warren said. “Many experienced anglers rush out offshore to idle and look for mega schools of fresh fish. Leaving the shallow and in-between fish all to you.”