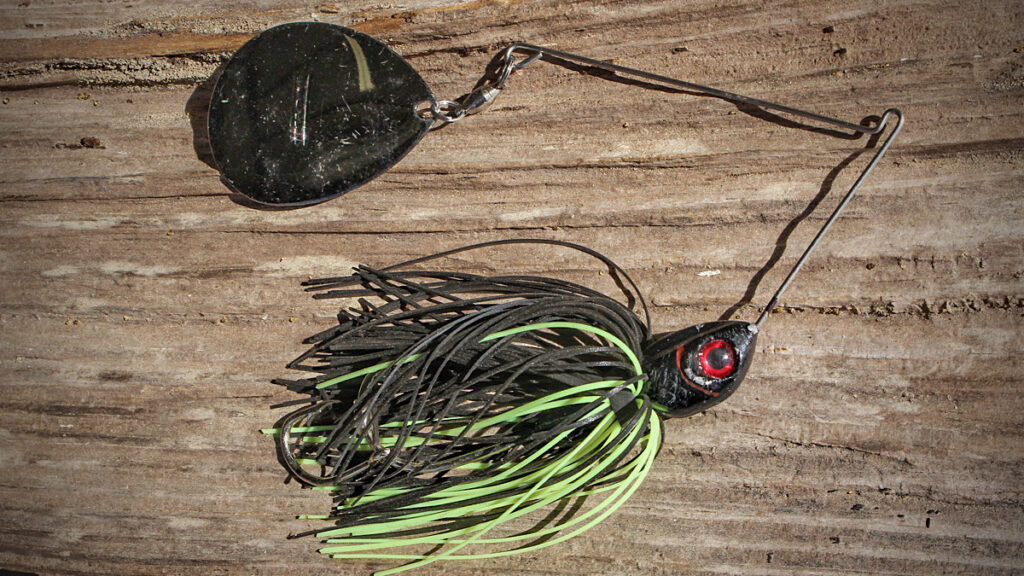 It’s best just to take the night part completely out of the equation when deciding where to look. Don’t overcomplicate things by the fact that it’s dark. Just go and fish in the same areas where you’d target immediate prespawn and spawning fish during the daytime.

So try pockets, shallow banks in creeks, seawalls, stump fields… all the same high-percentage places where you think a bass would be spawning in the daytime. If you think about it, it’s not like the bass are going to swim off a bed they’ve been on all day just because it’s dark and then come back to the bed in the morning. If you’ve got an area where you think a fish might be spawning or where you’ve caught spawners in the past, go there and fish it.

The “what to throw” part of the equation is a good bit different, however.

Spinnerbaits, Texas rigs and buzzbaits are some really good options when fishing at night any time of the year but especially when trying to target big spawning largemouth in the dark.

The difference at night is that dark colors are what you want to go with. It has never made sense to me at all but apparently the darker baits show up better at night and give you the best chance of a fish finding the lure. So going with a primarily black worm, spinnerbait or buzzbait is a good idea. All three of these baits give you something you can fish shallow, which is key since the bass may be spawning in less than two feet of water at times.

Again, don’t overthink things. Just think about it like fishing muddy water with low visibility during the day. The spinnerbait and buzzbait do a good job of drawing a fish’s attention and helping them find the bait. While the Texas rig is more for milking an area for all it’s worth.