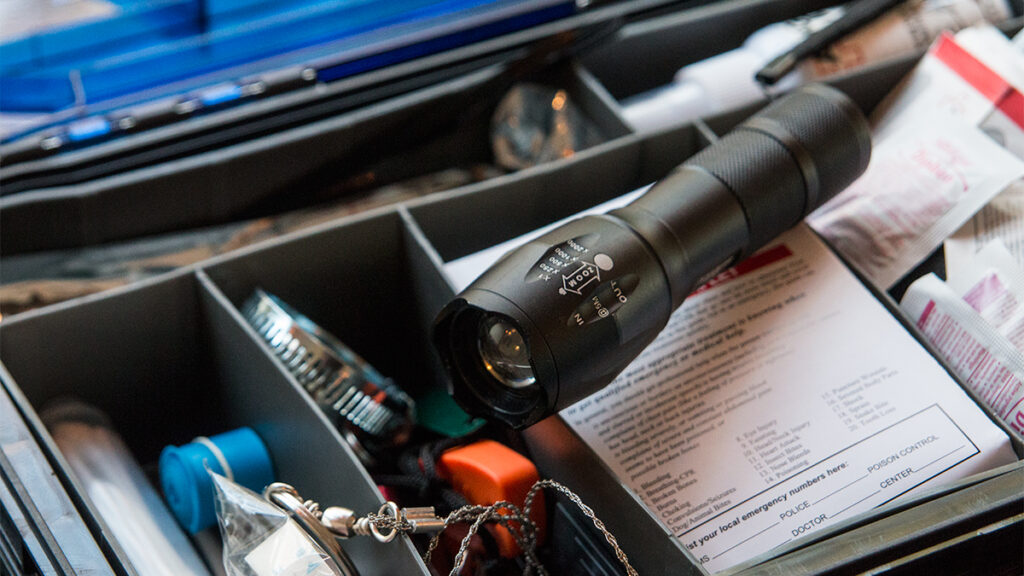 If you’re anything like me, you don’t carry around a flashlight much anymore; instead, I’ll turn on my phone’s flashlight and just hope for the best. That works most of the time but when your batteries die or you suspect some sort of electrical issue right after sunset, that little phone light doesn’t offer a whole lot of help.

The flashlight included in this kit comes in handy in a pinch. It’s much brighter than my phone’s flashlight feature and again, it’s one of those things you don’t even think about until you really need it.