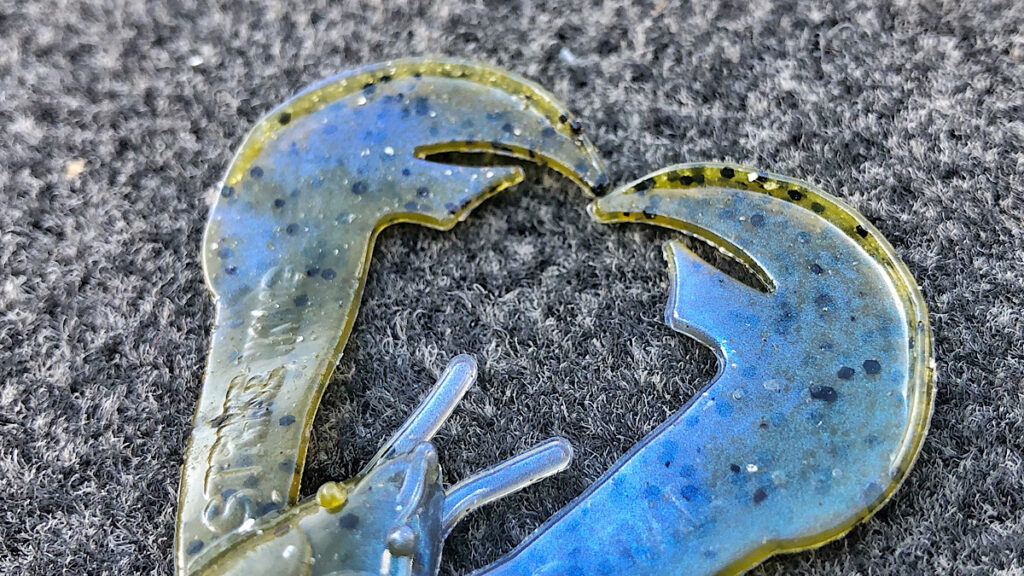 The flanged design that is common across all the Rage Tail baits is what really sets this lure apart from other craws. Strike King created a whole line of soft plastics that incorporate a small raised ridge along some edge of the bait. This ridge is intended to catch water as it passes by, which in turn pushes on the flange. Then the water pushes that much harder on the opposite side of the bait where there’s a mirrored image of this same flange. This creates a back-and-forth force which causes that part of the bait to flap.

This is what is referred to as the Rage Tail part of this lineup of Strike King baits, because the flange is often on the tail of the worms and other soft plastics. On the Rage Tail Craw, however, the flange is on the tips of the claws which causes the claws to flap—and boy do they flap—more so than most other soft-plastic craws on the market. This was definitely true over a decade ago when the bait first came out and still holds true for the most part today, keeping the Rage Tail Craw relatively in a class of its own.