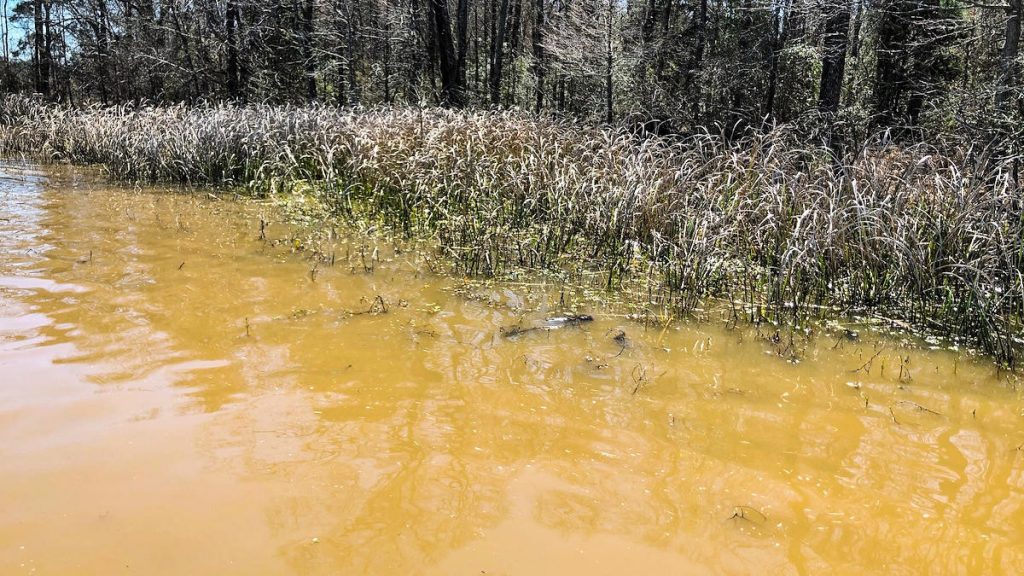 Before the ChatterBait was ever even invented, my dad had me in a boat chucking spinnerbaits, buzzbaits and swim jigs in the muddiest water he could find. I was raised fishing in water that most folks to this day won’t even stop and make a cast in. Winter, spring, summer and fall, year-round we’d seek out the muddiest water and had a lot of success doing it.

My dad became a big fan of braided line in fishing this way. Back in the 90s when braid kind of really started taking hold again and before fluorocarbon was even a thing, dad started to replace the monofilament he was using with Fenwick Iron Thread. It was the first braid he ever bought.

An interesting side note is that really big, coarse braid was actually popular for bass fishing and other types of freshwater fishing way back in the day with little steel rods. We still have a few of them, none that we ever used ourselves, but antiques passed down or procured over the years that still have the original braid on them. Then monofilament came along and it wasn’t until later when the technology that went into braiding line made some big advancements, that braid became mainstream in bass fishing again.

Anyway, that’s how I started out. Fishing nearly everything on braided line. So when I first got my hands on a ChatterBait, I tied it on my 7-foot medium-heavy spinnerbait rod which had 40-pound braid on it and went to tossing it in the mud. It felt natural, I caught lots of fish, I didn’t lose many and the biggest reason I went with this setup was because I didn’t know any different. There was no blueprint at the time for what Brett Hite was using. Pro anglers played things a little closer to the vest back then and the information that did come out was delayed more in the form of magazines than so readily available with a keyboard and a Google search.