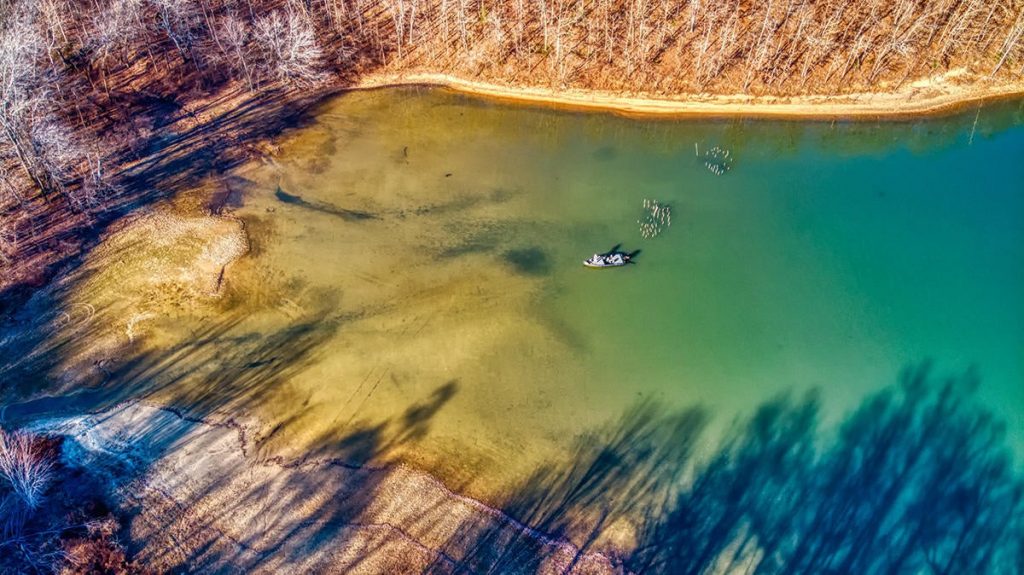 Kentucky Lake had poor spawns in 2014 and 2015, likely due to delayed but rapid warm up trends those springs. This is very similar to what happened in the late 90s. The 2016 year class was one of the best spawns as they saw a huge spike in Age 1 bass in 2017. It takes roughly 5 years for a bass to get to keeper size on Kentucky Lake, so those bass will be keepers this year. In 2018 and 2019, we had another couple of good spawns and the early signs are pointing to a great spawn in 2020. So we’re setting up to replenish our populations for another boom in bass fishing. The baitfish populations are very strong in the system currently as well meaning food abundance is good and with competition apparently low.

These are extremely large and dynamic reservoirs. Martin and other biologists have seen for years when we have a bad crappie spawn we have a good bass spawn and vice versa. It’s why these lakes can sustain good fishing for both species unlike most other lakes in the country. But the ecology of the lake continues to change now with factors like carp and clearing water.

Kentucky Lake saw spotted bass and sauger populations disappear and red ear populations gain a foothold because the ecology of the lake changed. Smallmouth are coming on stronger as the lakes clear more every year.

“Change is constant at these lakes, and if you’re locked in on only one species, I can guarantee you that you won’t have a good year every year,” Martin said.

As anglers we want it to always be good fishing but population and fishing cycles are found in every body of water in the country and have been found on this lake for decades before there ever was a zebra mussel or an Asian carp. The lakes flourished without stocking programs, more fish were harvested in decades past than now as catch and release is a constant. Tournaments don’t affect a large enough part of the population to be detrimental.

So it all boils back down to spawning year classes. If you want your populations to flourish, you need consistent year classes, or simply put, more bass to survive that first winter. Anglers and biologists have more data and tools now to follow and potentially improve spawns.

Working with agencies like the TVA to hold water for a few more days where reasonable during the spawn may pay huge dividends on our future fishing. The fact that massive complex organizations are working together for the betterment of fishing on one of the largest, most complex reservoirs in the nation should come as a welcome relief to those of us that love largemouth bass fishing and want to see it flourish for decades.