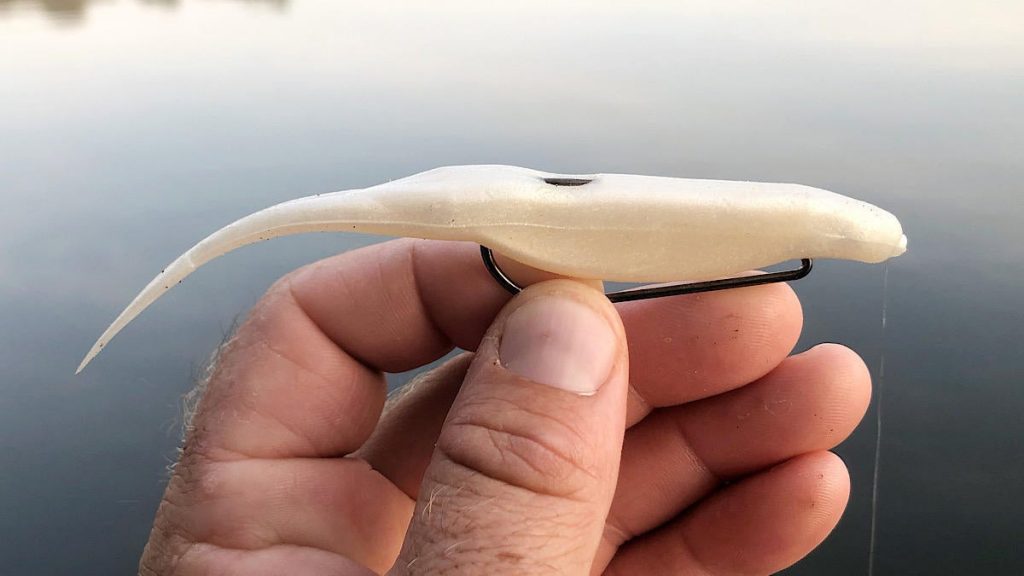 This rig works well with traditional worm hooks, extra wide gap (EWG) style hooks as well as straight shank hooks. With a straight shank hook, you will leave the hook point just below the surface of the bait’s back. With EWG and worm hooks you’ll want to run it all the way through and then skin hook the bait so the point isn’t exposed, thus making the bait weedless.

The bait is rigged weightless so that it can be fished along the surface which allows it to perfectly mimic a helpless or fleeing baitfish. It works really well with a fast twitch or a slower, wide swiping, side-to-side cadence. Allowing the bait to sink a foot or two is also really effective when the fish are reluctant to break the surface on a topwater bait.