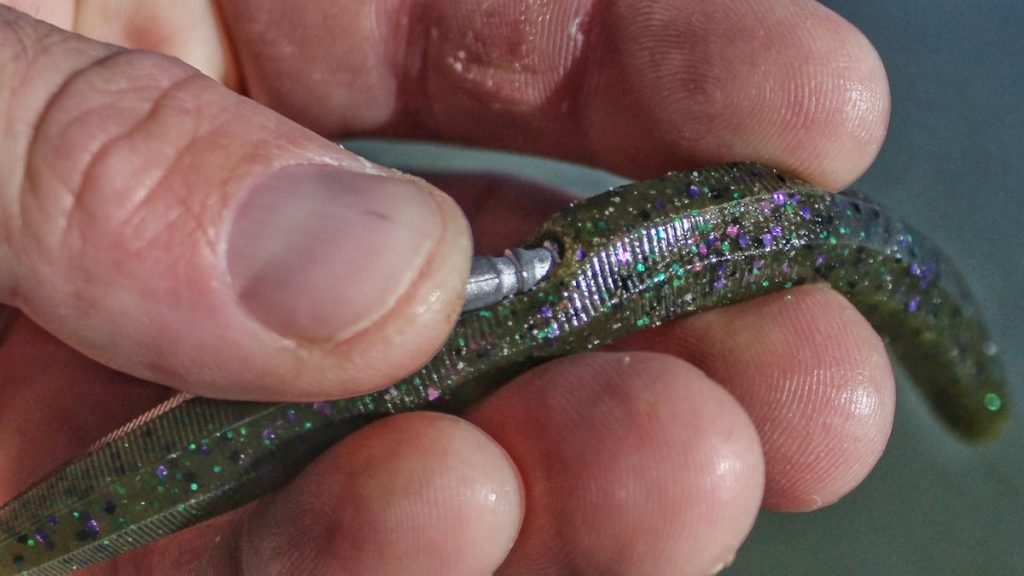 After looking around a bit, perhaps I’m a little late to the party on this one. Apparently a lot of people are already weighting wacky rigs. I mean, in essence, that’s what a Neko rig is, too; a weighted wacky rig. But that’s not exactly what I’m talking about here.

I found a lot on using jigheads to weight wacky rigs. And I have used little weighted jig heads at times myself over the years, like Jackall’s Weedless Wacky Jig Head. This method became pretty popular back in the day and was widely referred to as a Flick Shake, since that was the name of Jackall’s worm that was usually used with their jighead.

But still, I liked the idea of concealing the weight within the worm. So I tried sliding a Neko weight into the middle of the worm as opposed to one end or the other. The result was pretty sweet. Yes, there’s a rigid section in the middle where the weight is, but both ends still shimmy on the fall just like a normal wacky rig and the bait keeps its horizontal fall.

I think this will be extremely effective when fishing around docks and marinas where fish will suspend deeper at times along poles and cables. The bait falls about twice as fast, which is still slow enough to pester a bass into biting but cuts the wait time in half. A couple other great places to try this are around brush piles and standing timber.