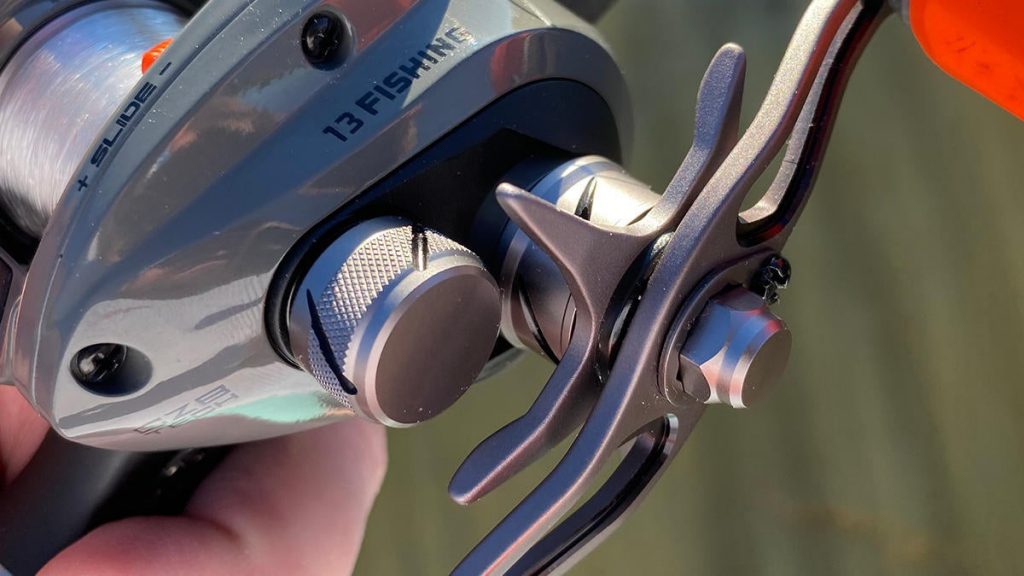 If you use enough baitcasters over time, you’re going to run into several with pretty shoddy drag systems. That’s probably one of the biggest complaints I hear from folks about their reels.

The drag system of the Concept Z Slide is really nice and incredibly smooth. It’s a 20-pound system that doesn’t surge when fish take deep runs at the side of the boat and it also has a bunch of stopping power for heavy-cover situations.

I’ve also had some fun with this reel while catching stripers over the late summer months. I actually try to test a lot of my reels on stripers because if a reel can handle a 15-pound angry striper, it can definitely handle a bass. This testing process, however, is brutal on a reel. I have absolutely ruined some reels during testing because the drag systems will get too hot and be rendered useless.

The Concept Z Slide has passed the angry striper test with flying colors. It’s just as buttery smooth and functional as it was the day I took it out of the box.