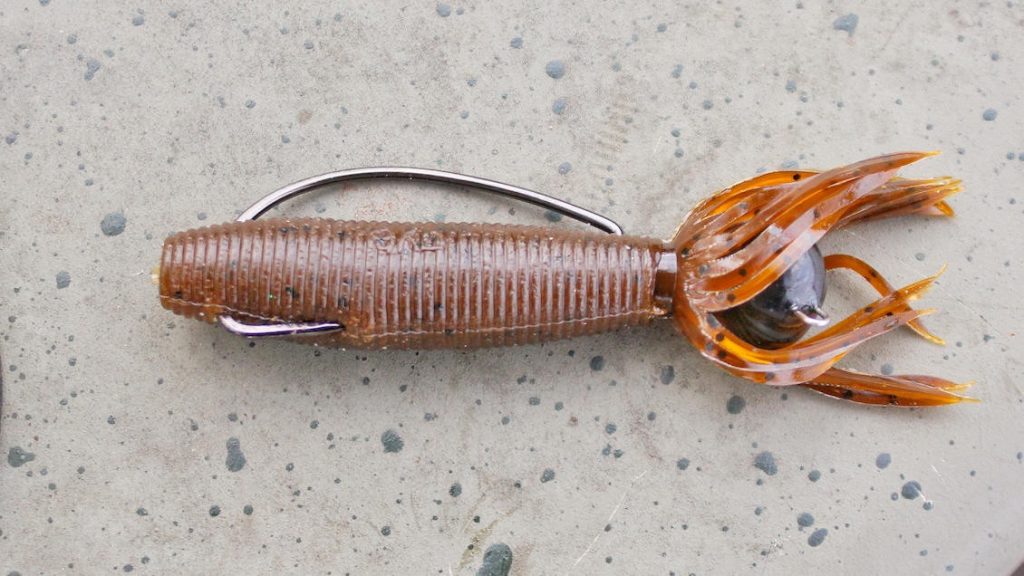 The tentacles mask the jighead well. And when dragged along the bottom, the bait’s skirt also imitates a crawfish’s tucked tail on the retreat. So you have a nice compact bait that really looks like a crawfish. Even without claws, the Fat Ika still pulls of this impersonation. After all, not all crawfish have claws as they are often torn off by a fish or during a battle with a fellow crawfish. And that’s one of those things a fish won’t likely second guess during the second or two it’s within range to see before the bite. The absence of claws also narrows the chance of a fish biting the bait without getting the business end of the hook.