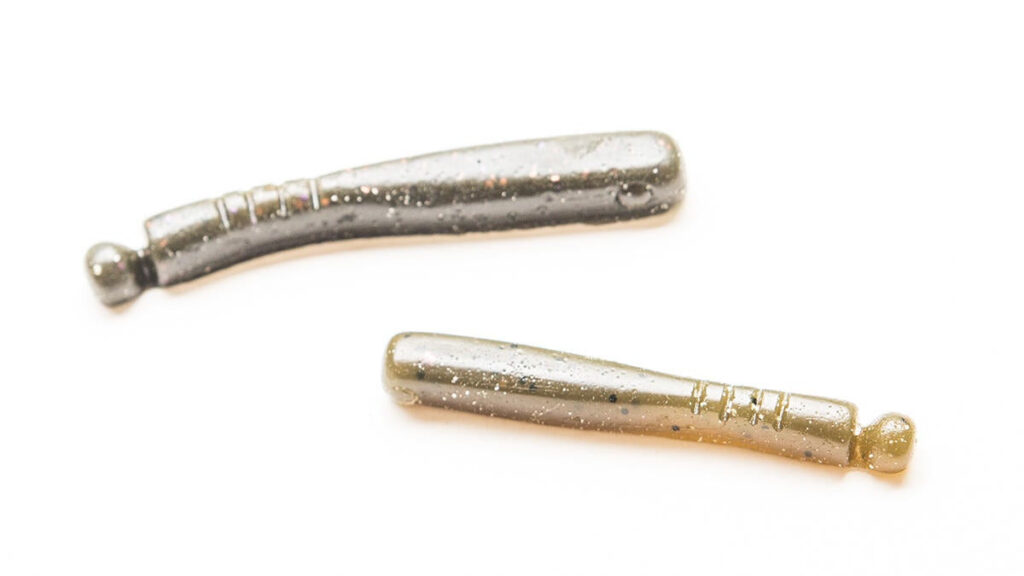 In December of 2019, we began corresponding periodically with Michael Simonton of Berlin Heights, Ohio.

He is the proprietor of Venture Lures, which he opened in January of 2018. It is a venue that allows him to sell his handcrafted soft-plastic finesse baits that he began designing and making in 2016. He originally made them only for himself and the anglers that he guided on Lake Erie. Now he has become such an efficient and productive craftsman that other anglers can acquire them.

One of those baits is his Dropper, which is manufactured in two sizes: 2 3/4 inches and 3 1/4 inches.

Simonton told us that he designed it with a flat ventral area in order to stabilize or prevent it from rolling from side to side as a soft-plastic bait with a concave ventral area rolls as an angler retrieves it. He also explained that a Dropper affixed to a drop-shot rig has “very little inherent action or movement,” which he says “can be key some days.”

Although it was originally designed to be affixed to a drop-shot rig, Simonton and his colleagues have subsequently discovered that it is potent when it is affixed to a jig, which is the way Midwest finesse anglers will employ it.

Here is what we discovered about the 2 3/4-incher.

According to our measurements, it is 2 5/8 inches long.

Its anterior section is about 1 1/4 inches long.

The first 5/16-inch of the anterior section, which is its head, is adorned with two eyes. At its widest spot, it is 3/8-inch wide with a height of about 1/4-inch and a circumference of 1 3/16 inches and this area is situated about 3/16-inch from the tip of the head. The tip of the head is flat. Its dorsal is convex and its ventral is flat.

The dimensions of the anterior section become smaller as it approaches its junction with the posterior section. Near this junction, its width is slightly less than 5/16-inch with a height of about 5/16-inch and a circumference of about 1 1/16 inches.

Except for its two eyes and several pockmarks, the epidermis of the anterior’s sides and convex dorsal area is smooth. Its flat ventral area is almost glassy.

Its posterior section is 1 5/16 inches long. It is somewhat similar to the caudal peduncle of a fish.

The junction of the tail to the rest of the Dropper’s posterior section is quite dramatic, exhibiting a gap of about one-eighth of an inch.

The posterior’s smallest area is situated around its first rib, which is situated about 3/8-inch from the junction of the anterior and posterior sections. It has a width of 1/4-inch with a height of about 5/16-inch and a circumference of about 15/16-inch.

They are infused with salt and garlic. They are very buoyant.

Simonton mentioned that the Dropper has very little inherent action or movement when it was employed on a drop-shot rig. But when Midwest finesse anglers affix it to a small mushroom-style jig with a small and exposed hook, its posterior section will undulate quite dramatically at times when we employ several of our Midwest finesse retrieves. What’s more, the Dropper’s buoyancy and flat ventral section will enhance the gliding motif when Midwest finesse anglers employ the swim-glide-and-shake presentation.

You can find the Venture Lures Dropper here.