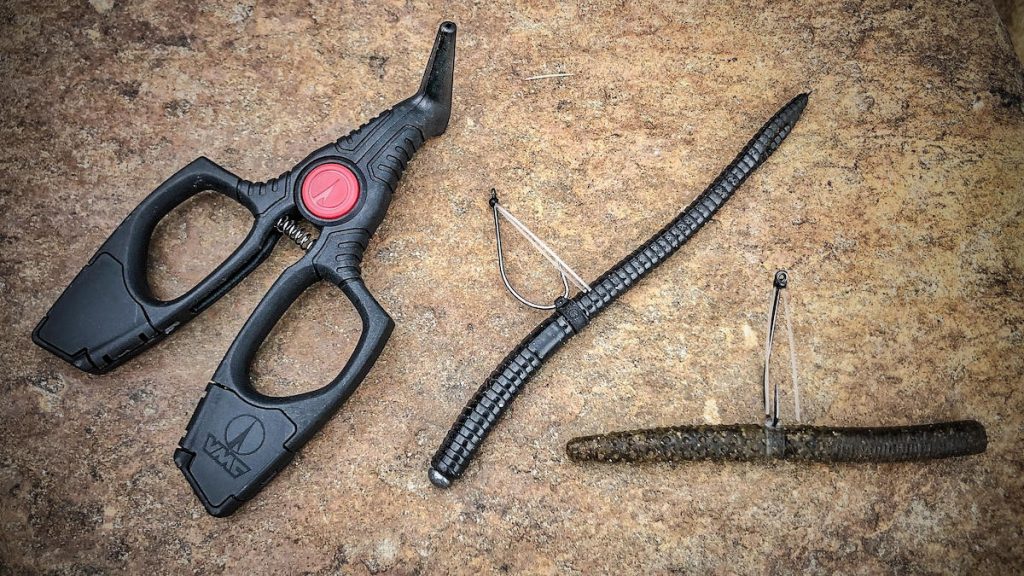 The Crossover Rings also have a really neat feature that will allow you to rig your hook inline with the bait or perpendicular to it. There’s a small raised chunk of rubber on each ring that has two crossing channels within it. By inserting your hook through one of the channels, you can create the closest thing I’ve seen to the perfect wacky rig. Go through the other channel and you’re on your way to the perfect Neko rig.

This method works far better than the O-ring deal where you simply slip your hook between the O-ring and the worm. When you do that and you go to cast, get a bite or during the fight, the hook pulls slack in the O-ring and the worm often slides out. Or the O-ring will sometimes roll up the bait and come off. For that reason, whenever I use the O-rings I will also skin-hook the bait a bit as I go under the O-ring to at least lock my setup in place until the plastic of the worm tears. But the Crossover Rings still surpass that method in my opinion.