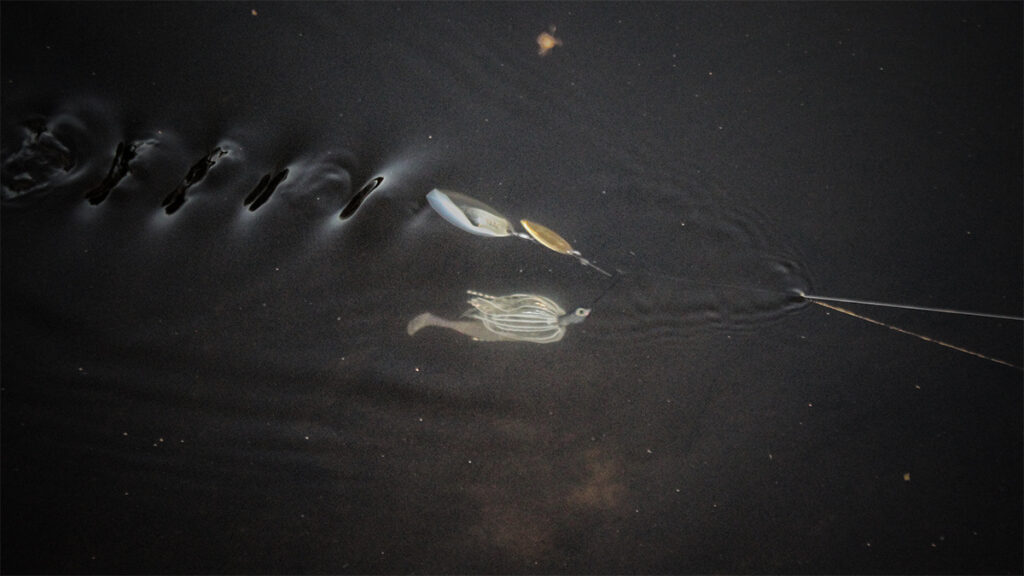 There’s a second way to tune your spinnerbait as well and that’s by bending the blade arm up and away from the hook or closer down to the hook. This angle also gets out of tune when you’re fighting fish, pulling a bait undone from cover or have your spinnerbait participating in some other extracurricular activity. But it’s an easy fix as well and doesn’t have to be as exact. In fact, you can intentionally adjust this angle to modify the action of your bait even if it isn’t messed up. Let me explain.

The reason is found in resistance.

There’s more resistance when the blades get out from behind one another and in more of a vertical formation. But when they’re tucked in closer to the hook, the whole bait has a more compact profile and the blades don’t have as much of a tug on them from the water.

So if I’m wanting to burn a double willow leaf spinnerbait along the surface, I can pinch the arm near the line tie of the bait to bend it and thus narrow the gap between my blades and hook. Where if I’m wanting to slow roll a double Colorado spinnerbait super shallow, I might open the arm up some to increase the distance between my hook and the blades to slow the bait down.