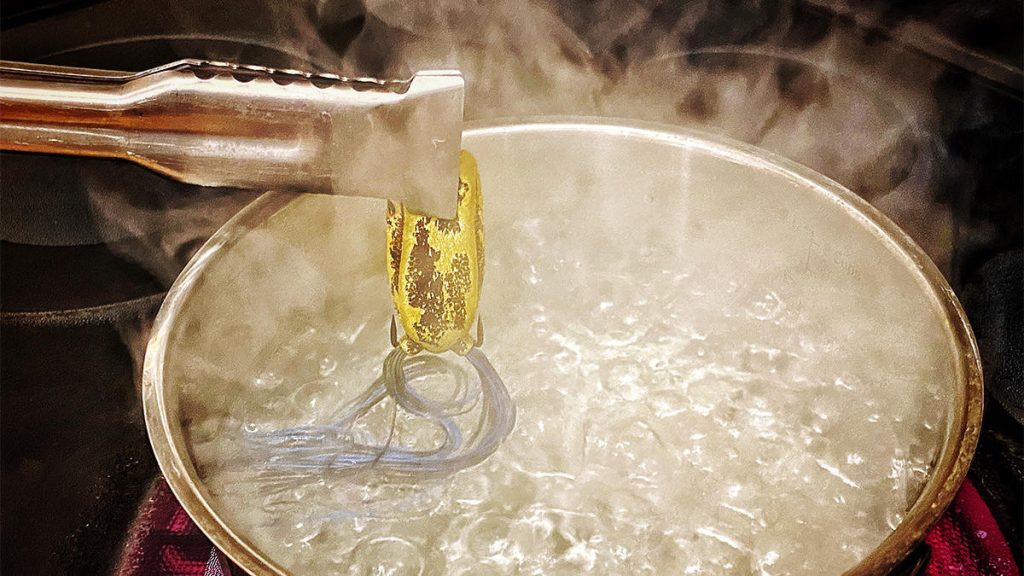 Crimped legs on a frog are a big no-go for me and most likely, a bunch of other shallow-water anglers would probably say the same thing. If they get pinched while in storage, it can really mess up the action of the frog. I reckon it’s kind of like a paper airplane… it can be 99% perfect but if there’s one wrong fold, it ain’t gonna fly. It’s the same way with topwater frogs; just a few jacked-up legs can make a bass laugh at your frog.

I started messing around with this about six years ago if I remember correctly. I initially began boiling Zoom Super Flukes in water because I had a bunch that got all crimped up sitting in storage for too long. It sure enough worked and it actually saved me a pile of money. So heck, I started trying to boil frog legs… artificial ones. Not real ones.

I can absolutely suggest doing this to some of your frogs with crippled legs. Just boil some water on the stovetop, grab the body of the frog with a set of grilling tongs and dip the legs in the water for 20 seconds or so. Those legs will become totally straight again and breathe new life into some of your old favorites.