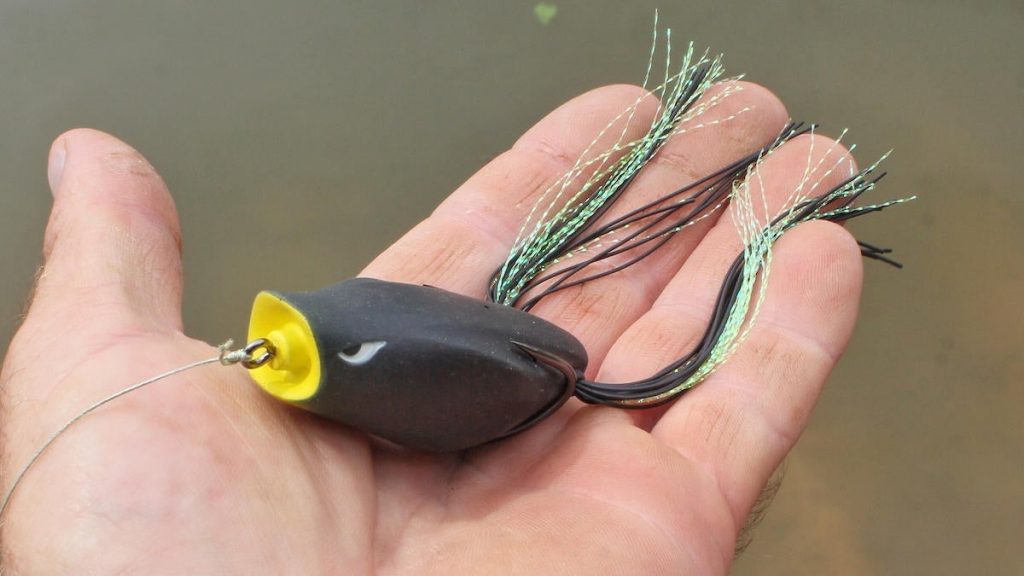 Another thing, to my knowledge, that is unique to the Trash Panda, is 13 Fishing’s use of a shiny tinsel-like material in the legs mixed in with the typical strands of rubber. Now this may be one of those little things that does more to catch the eye of the fisherman than the fish, but I like it. And anything that gives you confidence in a bait is an effective addition in my opinion.

I like the idea of this tinsel in muddy water situations and just in general for one particular reason. Rarely when I fish with a frog do I think the fish actually believe its a frog. I believe they see something struggling on the surface and attack but more often than not it’s more likely they believe it is a small bait fish, like a bluegill. Especially considering that 9 times out of 10 when I’m throwing a frog, I’m targeting fish relating to bluegill beds or mayfly hatches where the bream are eating the bugs. So having a little tinsel in there to mimic the shine of a little fish’s scales is cool with me.