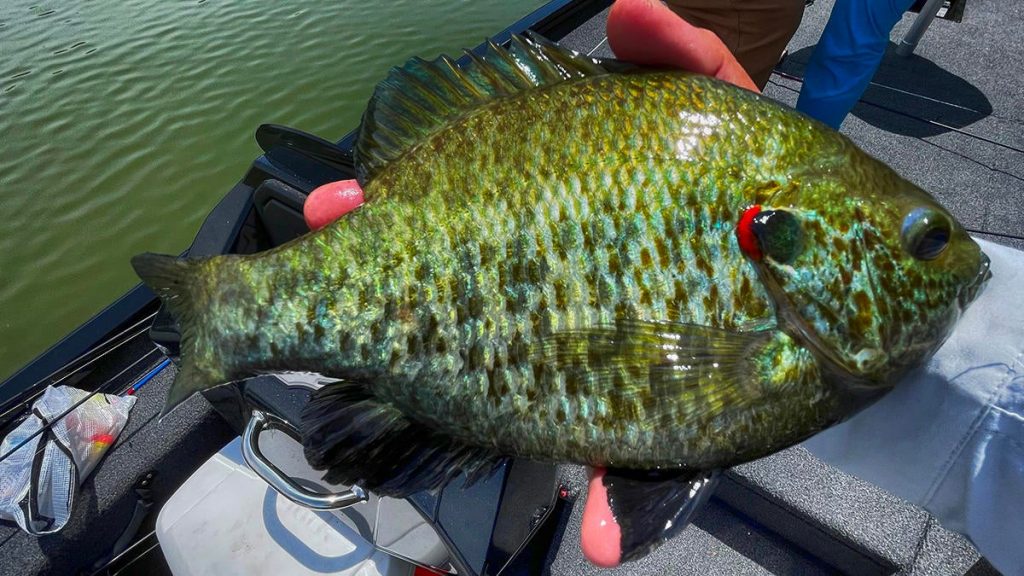 The presence of big red ear in a system does not mean their spawn will turn into big red ear. That has more to do with food than genetics. They have plenty to eat on Kentucky Lake. A red ear can live to be 10-12 years old here, but they get to 8 inches long by age 3. So the really big ones are likely several years old and won’t live forever.

For this reason, I often advocate releasing the smaller ones more than releasing the big ones. The smaller ones have a lot more spawning and contributing left in them than a much older fish. I try to release as many as I can that are full of eggs as well. The males are just as important during the spawn, so again, if you have a special affinity for shellcrackers like I do, letting some go is always a good thing.