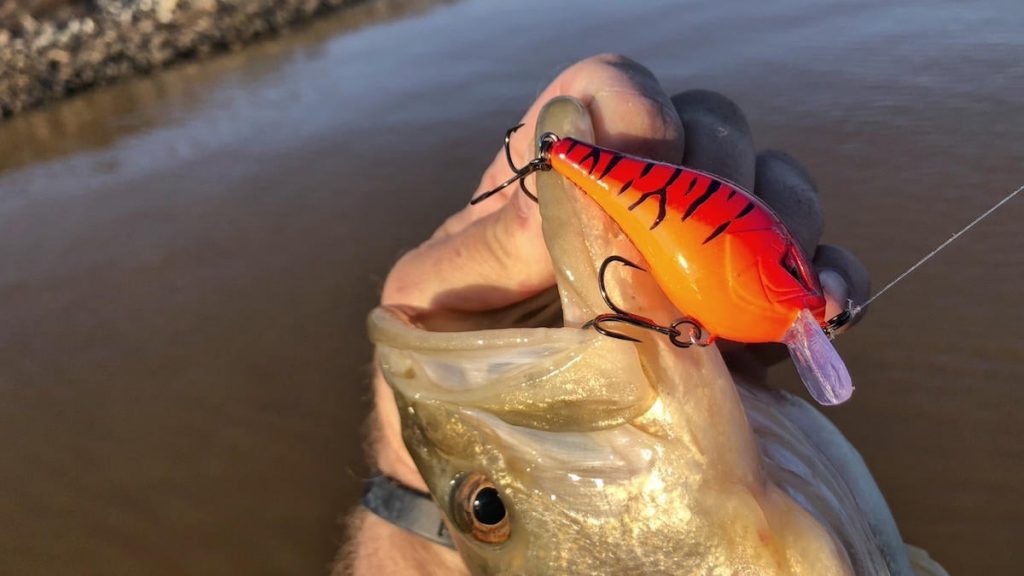 But the thing I like most about the CT35 is that it packs a huge punch in the casting department for its size. I first caught wind of the Ark lineup of hard baits last fall. What I’ve found now in having used several of their baits for a while, Ark does a fantastic job of putting a well designed bait out with great components for a very competitive price.

I reviewed the Ark Mini Diver a little while back and that’s when I first realized Ark was incorporating a weight transfer system into their baits. The Mini Diver is also a small bait and one I didn’t expect to be able to throw all that far. But as soon as I loaded the bait up in the backcast and heard the little metal ball inside of it detach from the magnet and click as it loaded up into the tail of the bait, I knew I was about to be pleasantly surprised.

See, I’ve used other baits like this in the past with a weight transfer system. Baits that would otherwise be very difficult to throw but instead sail through the air with minimal effort. The main difference between those baits and the Ark Mini Diver and CT35? The price points. Most of those other baits retail for around $20. These two from Ark come in at $5 and $8 respectively. That’s a lot of design and build for those prices.