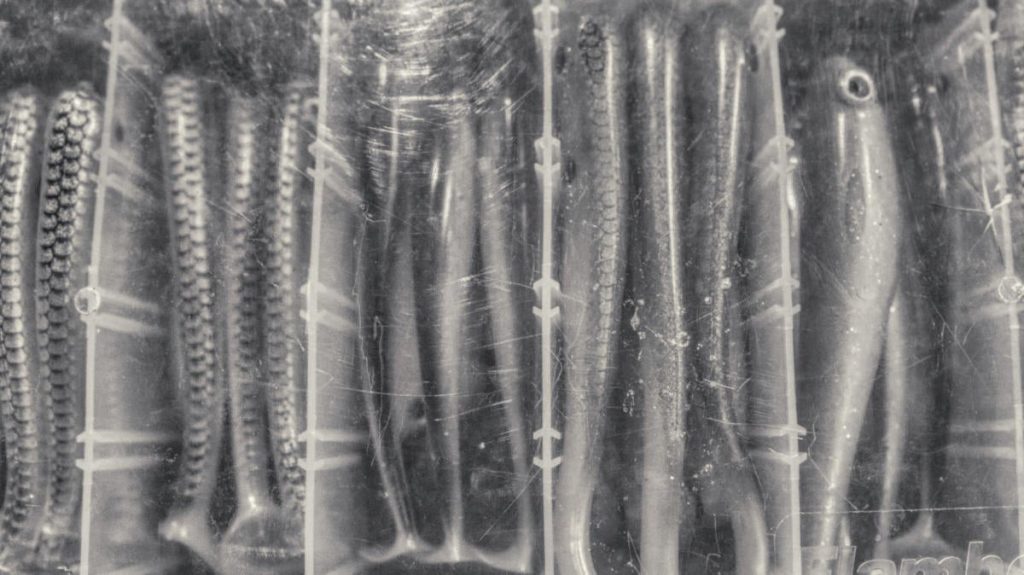 I’ve been playing around with an idea I had kicking around in my head on how to store a bunch of hollow bodied paddle tails like the Zoom Swimmer and Berkley Hollow Belly in a tackle boxes. What happens in those boxes is not only does the weight of the other swimbaits smash the tails and bend them permanently to one side or the other, but when the box stands on end, as often is the case in tackle bags or in boats, the swimbait itself pushes down on the tail and bends the neck and paddle sections.

So I thought about ways to keep the swimbaits from resting on the tails or from squishing to one end of the tackle box or the other and further warping the tails. My idea was to use little foam inserts to give the tails something to “lean on” to keep them from bending and then also keep smaller swimbaits from sliding from one or other of the box and smashing.