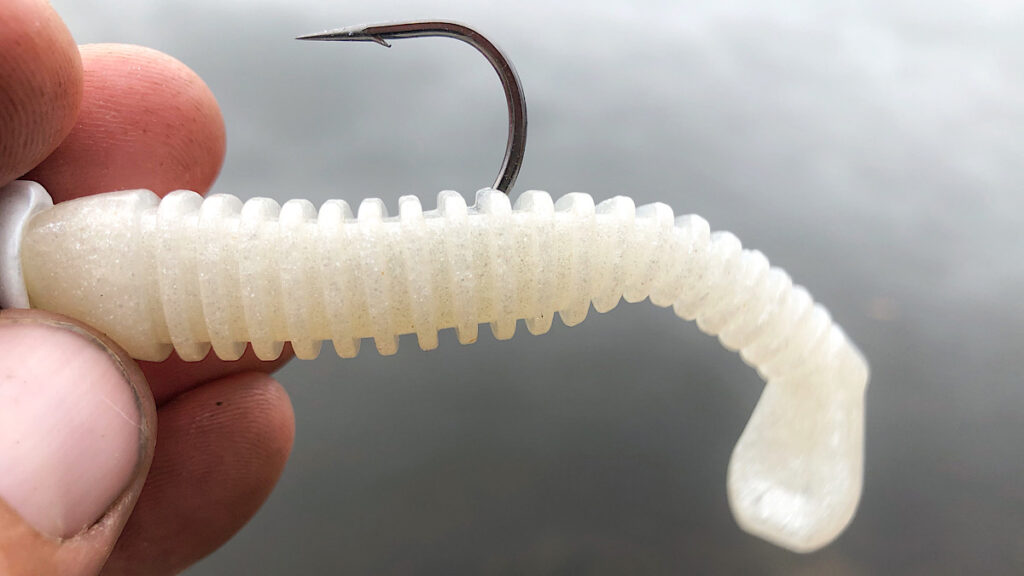 The actual paddle of this bait is where its name is derived from. There’s a shallow cup on the inside of the Pocket Tail Minnow’s tail. This is a neat design feature that SPRO went with in order to offer a little something different. And it makes good sense that a tail with a pocket in it would catch more water and thus kick harder and further than a tail with a flat surface.

Thanks to the angle of the paddle, the pocket on the inside and the overall thinness of the tail end, the Pocket Tail Minnow has some serious action on the back end. I threw this bait in some fairly clear water so that I could see what the fish sees and the tail kicks back and forth nicely, even when reeled super slow, which is something not all swimmers are able to do and an important feature when fishing them in cold water. Adding the tail action to the rocking wobble of the body, you have a bait with a really nice overall presence in the water that can be fished at various speeds with various weighted jig heads. But this bait isn’t just for swimming solo.