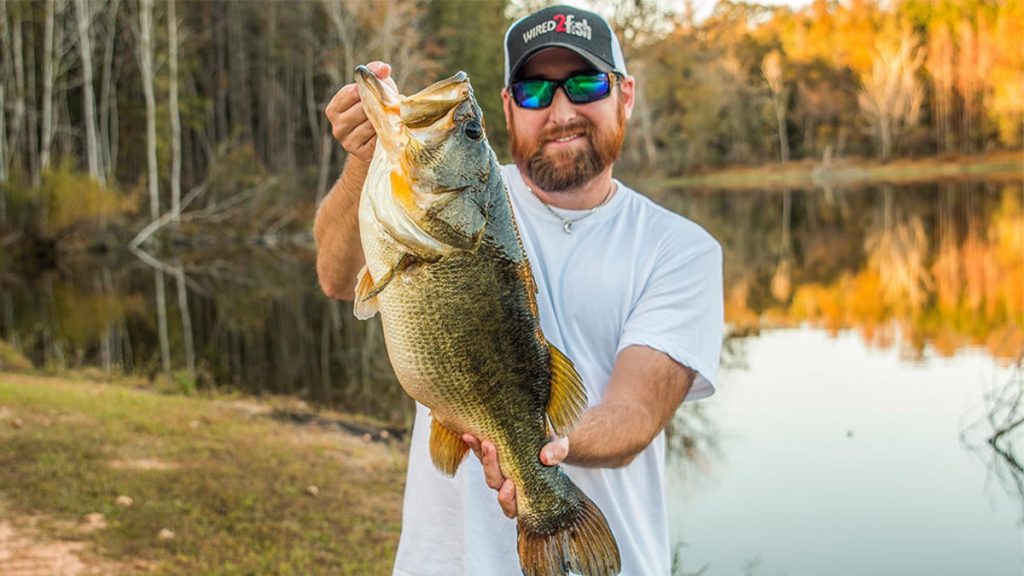 As the calendar gets closer to November and December, it’s imperative to keep a close eye out for a fall spawn. The large majority of anglers would tell you that bass only spawn in the spring, but that’s simply not true. According to nationally renowned fisheries biologist Steven Bardin, it’s much more common than you’d think, especially with Florida-genetic bass. And guess what? Florida-genetic bass are becoming increasingly prevalent throughout the country.

“We all know that the spawn starts in the spring,” Bardin said. “Those bass will come to bed when the water temperatures reach around 65 degrees. The largest females spawn first, but they don’t drop all of their eggs initially. They only drop 50 percent of their eggs at first. They they’ll leave that bed and find another bed about a month later. Then they’ll do it a third time.

“When summer rolls around, they start producing eggs for the next year. If we have a fall with a prolonged warm stretch, those eggs will ripen and they’ll go ahead and spawn. You’ll see this more often in low bass-density fisheries when competition is low. So when a one- or two-week warm snap occurs and combines with low density, you’ll see a lot of fall spawning.”

For the longevity of the hatched fry, this fall spawn has its pros and cons.

“When a bass spawns early, such as in the late fall, their fry will be bigger when all of the other bass spawn in the spring,” Bardin said. “That fry will be nearly 3 inches and now it can outcompete the spring fry and even eat them. On the other hand, however, a big female with great genetics can spawn in the fall and then a cold front comes and kills all of the fry. It’s a risky proposition.”

Bardin also notes that if the water is below 70 degrees during the fall and it suddenly spikes above the 70-degree mark for a week or two, a fall spawn will often be triggered. This doesn’t mean you need to go look in dirt-shallow water like you would in the spring, though. Fall spawning activity tends to occur in-you guessed it-shallow areas with adjacent deep water.

This explanation makes a lot of sense to me. I caught the biggest bass of my life, a 13.14-pounder, on November 2, 2017 in two feet of water. I had no idea about the fall spawn at that point, to be honest. The water was a little dirty and I was mindlessly flipping a creature bait at the same limb for about 10 minutes while I was having a conversation with a buddy. After countless flips, I felt a little “tick” at the end of my line and it was game-on.

Bardin isn’t just a biologist source for Wired2fish; he’s also a friend of mine. So I called him after I caught and released the 13-pounder and he asked me what the weather had been like. I told him it was too warm that week to deer hunt, so I went fishing instead. He simply replied with, “Yep, she was on bed. You caught a fall spawner.”

I went back and looked at the video of the catch and all of the pictures and sure enough, her tail was bloody and she looked like she was slap-full of eggs. She was also just a few yards from 15 feet of water. Although I didn’t mean to catch her, it was a real eye opener to me. That fish catch changed my approach to fall fishing.