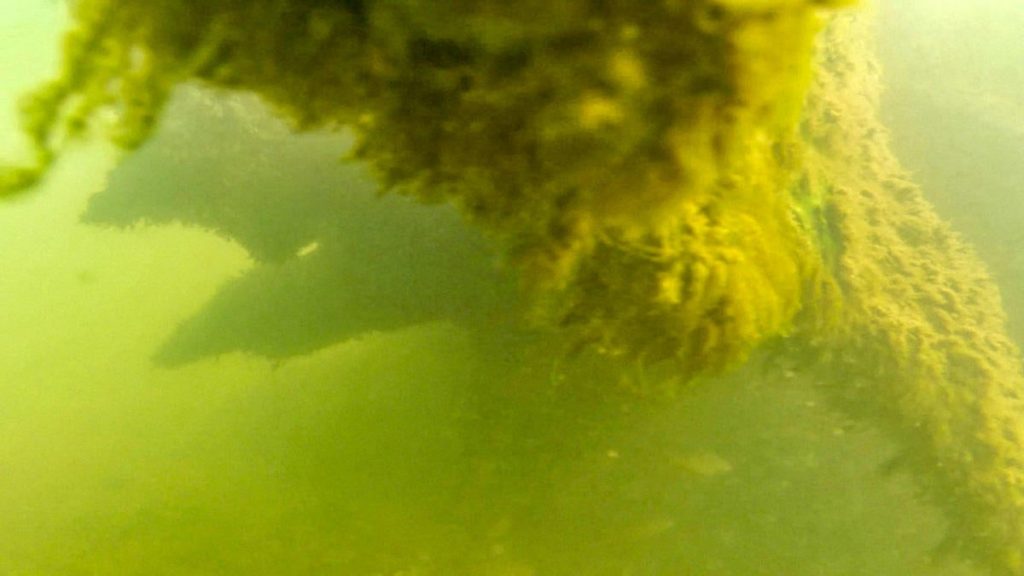 I’ve seen a handful of stumps that have a nook carved out on the side almost like a carport. I have seen on lakes like Smith Lake, big bass will actually back themselves into that carport facing out of the stump. You don’t see them until the last second when they swim out of that little cubby you thought was too shallow to be holding a bass.

I’ve learned to make a cast to the darkest side of the stump long before I get close to it. I’ve done that a bunch with weightless Yamamoto Senkos, YUM Dingers and Z-Man TRDs on a Ned Head to catch fish backed into those stumps.