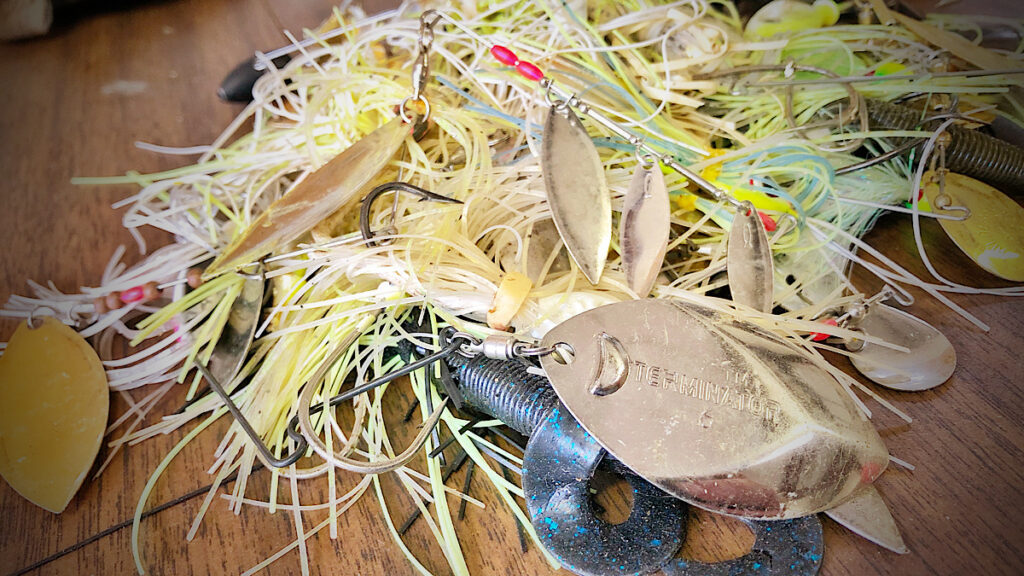 Dad and I fish with spinnerbaits a lot… like a lot, a lot. So whenever we damage the arm or hook of one beyond repair trying to pull it undone from cover, we toss it in the bottom of the boat and eventually into a box in the shop. This collection of old spinnerbaits has a purpose. The beads, clevises, blades and especially the precious swivels can be reused on future spinnerbaits. Again, most of the components are nominal in cost, but those swivels are like gold. So we recycle them time and time again from old spinnerbaits that have made their way to the boneyard.

A good pair of side cutters can be used to cut the wire in two and most of the components will slip right off. The swivel will be attached via a split ring to a loop at the end of the wire. You could technically remove it with a pair of split ring pliers but you definitely don’t want to do that; that’s a good bit more difficult than the alternative and will definitely damage the integrity of the split ring and you’ll have to change it out anyway.

Instead, just take the side cutters and cut the loop of the wire and your swivel will fall free. It’s a good idea to wear glasses when doing this, as the little pieces of wire will go flying at times… better safe than sorry.