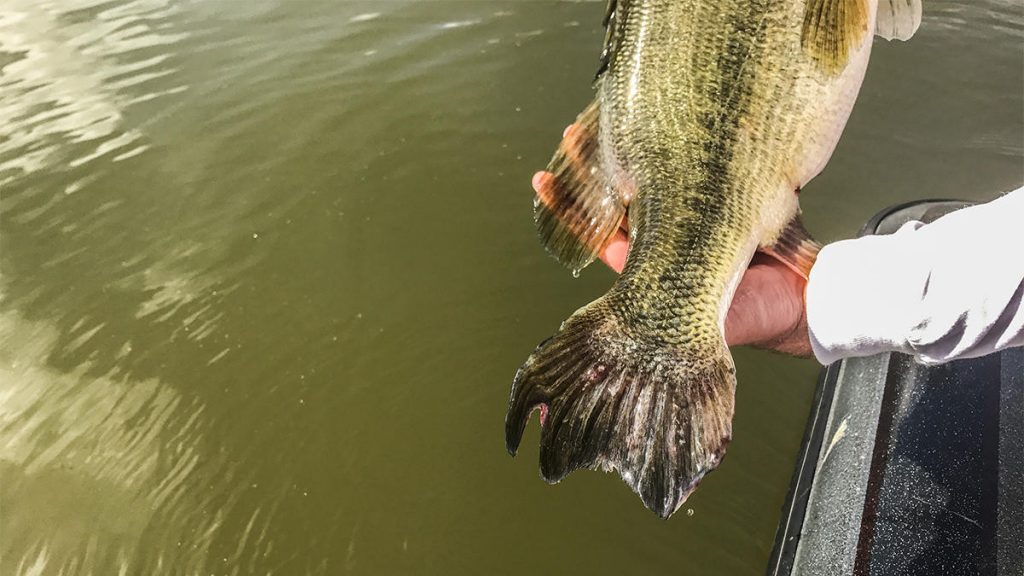 While you’re unhooking your bass, make a mental note of its tail condition. I’m a big believer that the biggest bass in the lake are often the first ones to move up and stage during prespawn. Now, I’m not a biologist, but I feel like those big females move up on the first big moon and while they don’t always spawn during that first wave, they’re scouting the area looking for a suitable place to drop eggs in the very near future.

I’ve watched ’em fan their tails in a foot of water in 44-degree water temperatures before which is what clued me into this. It was the nastiest day of January with horrible wind and bitter air temperatures, but there she was; a 7-pounder up in the dirt.

So any time I catch a bass with a bloody tail, I take that as a good sign. It means they’re moving shallow and they have romance on their mind. And if I’m being honest, when you run across the first wave of these early prespawners, they’re some of the dumbest fish in the lake. They will bite just about anything and you can have an unbelievable few days on the water. It’ll almost feel like a dream come true, so keep an eye out for those pale fish with bloody tails.