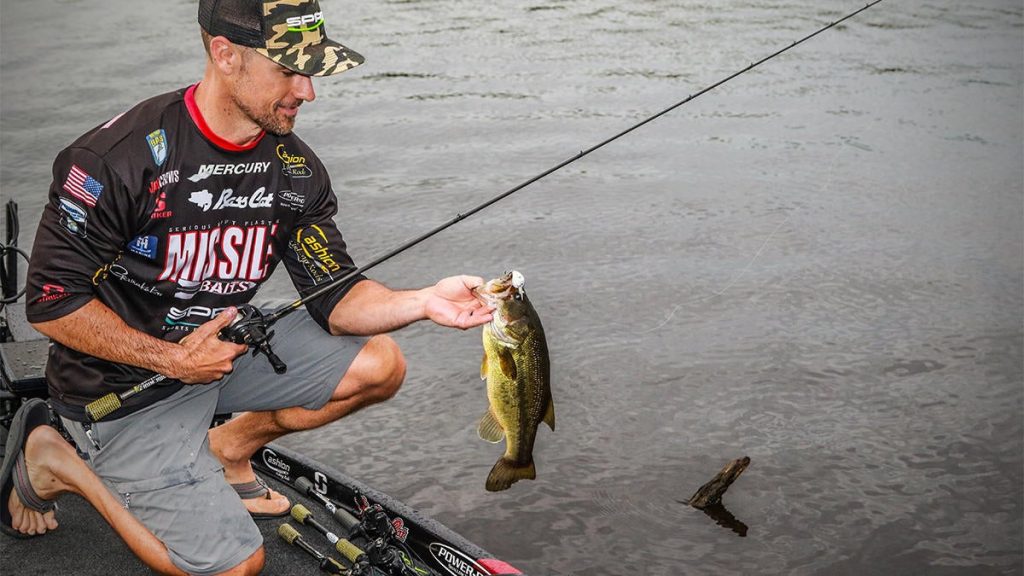 Another point Crews stresses: isolated cover is best. For one thing, the fall drawdown takes a lot of otherwise attractive cover out of play; but in particular, a laydown extending into decent depth all by its lonesome is money.

“I’ve had laydowns where I caught fish three or four times in the same day,” Crews said. “The fish come in and stop; if you’re there when they’re there, you catch them and then 30 minutes to an hour later, another fish comes by and parks on it.”

Crews’ rule for isolated cover: Make multiple casts from multiple angles. As he notes, fish may be positioned on different sections of the cover and, while they may not be watching every single cast, they’ll quickly focus their attention on the sound of a deflecting crankbait.

Sometimes, it takes a little bit to trigger the ones that are there,” he said. “But then there are times, when I feel there are fish within the vicinity and when you hit the crankbait against that tree, it’s going to draw fish toward that tree.

“If you make that same cast three or four times, that may trigger a bite. I’ve had it happen often in the fall when fish come up and after the fourth cast to the same piece of cover, you get a bite.”